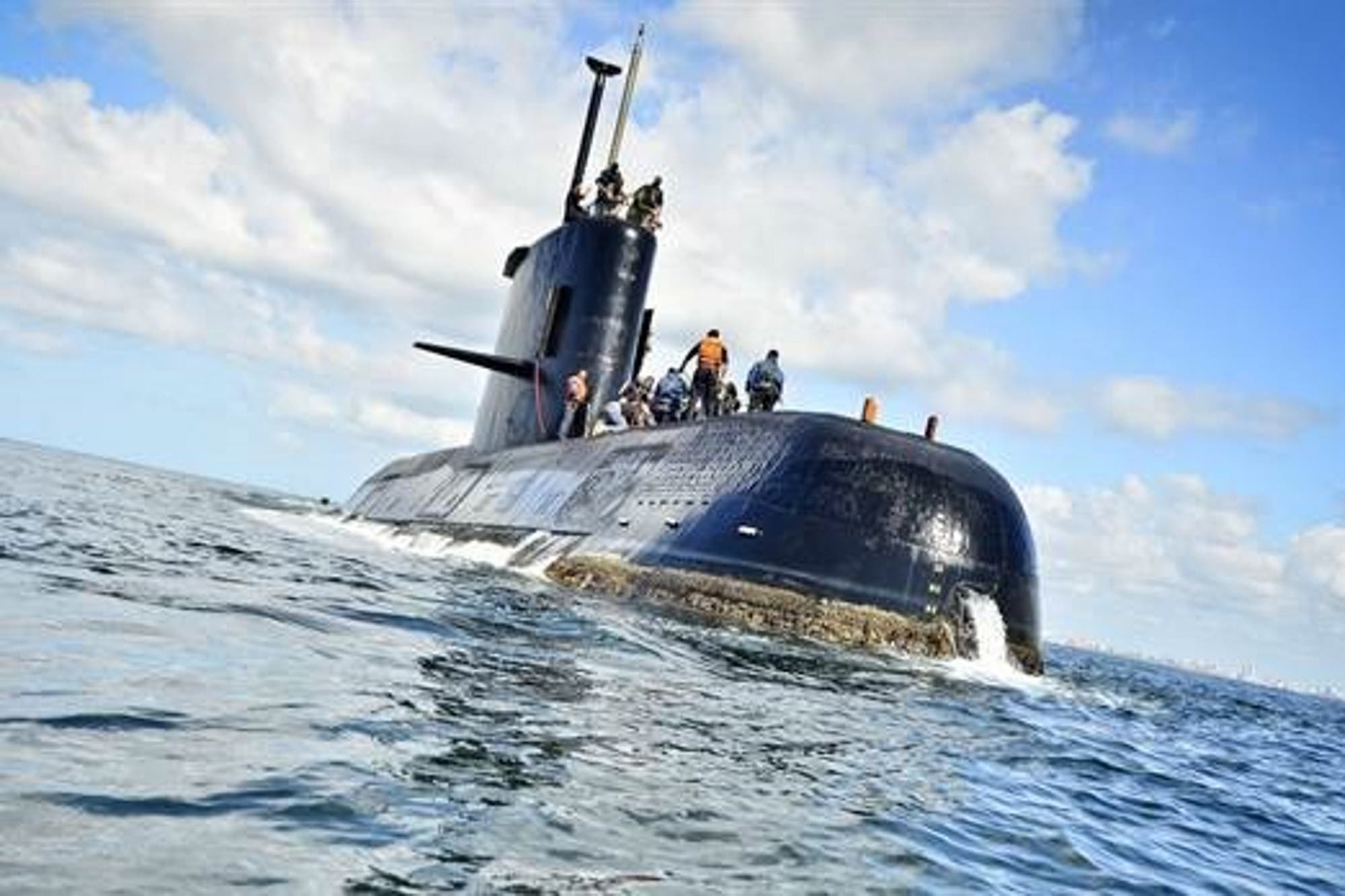 The scientific search of a private company that would only act if positive results ended with the news expected by all: they found

. The information has been confirmed by the Ministry of Defense and the National Marine of Argentina through Twitter and a statement.

"#MinisterioDeDefensa and #ArmadaArgentina informs that on that day, after investigating Point of Interest No. 24 reported by Ocean Infinity, through observation made with a ROV at a depth of 800 meters, was given a positive identification #AraSanJuan" , was announced.

The ship's Argentine ship disappeared on November 15 last year with 44 crew members on board when heading from Ushuaia to Mar del Plata.

Before confirming information to the media, around midnight, Marina communicated with relatives and judge Marta Yáñez to inform her of this finding.

According to Ocean Infítiny, which will charge 7.5 million dollars for discovery, the submarine was located at 800 meters deep in the South Atlantic, about 250 nautical miles (460 kilometers) from Chubut Bay in San Jorge, where Operations center during your search. This is a point they had already revised but found nothing; relatives were those who insisted on returning, a specific area where the submarine would have had to be.

The US company's business began on Sept. 8 at approximately 300 nautical miles from Comodoro Rivadavia. So far, aboard 40 shipbuilders from Norway, including sailors and technicians, have arrived on board, accompanied by four
old relatives and three in the state.

For search
They brought the latest technology available in the world. There were five underwater autonomous vehicles (AUVs) with which they were mapped
nearly 7,000 square kilometers of the seabed.

After navigating forty hours on average, AUVs were recovered from the sea when the battery ended. Once over the ship, data collected by the side scanning sonar, multiple probe and magnetometer were downloaded. It took about four hours. Further processing lasted more than 10 to 12 hours.

Based on these, there were defined "Points of Interest" that would be investigated by remote vehicles (ROVs) that have high definition video cameras that have transmitted live images.

Until the ARA San Juan was found, 24 points were discarded, especially geological formations.

Early check-in times before the end of the year
The first phase of the search, the company has fulfilled its contract, and it will now be time for Mauricio Macri's government to assess the feasibility of recovering the submarine with the 44 sailors who are at the bottom of the sea.

The final moments of the ARA San Juan were not seconds or minutes, but hours when a series of events, simultaneously and concatenated, led to the implosion of the submarine at the bottom of the Argentine Sea. This conclusion was reached by the three experts of the Commission for Research and Research
ad honorem who created the Ministry of Defense one month after the last contact with the Argentinian ship.
On April 6, NATION published the draft final report, which was delivered two months later to Oscar Aguad.

To reach these conclusions, team members analyzed previous cases and the international bibliography. In addition, they met with other international experts, with people who repaired the half-life of the submarine, and maintained contacts with the CTBTO that detected the "hydroacoustic anomaly". on November 15th.

According to the document, the facts started with a fire in the arc battery. The incident would have been caused by water entering the snorkel. The November 14 storm was southwest, which meant that the submarine on the surface had to navigate to the Northeast, so the waves would come from the aft and affect less navigation.

The fire forced ARA San Juan to return, at night and in the midst of a storm. Controlling the incident, removing smoke and hydrogen could take hours in darkness and hostile weather. According to the report, when it was possible to control [aunque sea parcialmente] the situation was decided to sink with the intention of navigating to Mar del Plata and continue to work on repairs.

For experts, at this point, the crew accumulated the "physical and mental wear" of having been in that situation all night. This was not reported in the latest communication of 8.52 on 15 November.

From there, at some point, the fire would have been rekindled or a new one unleashed. Again in the dark and now with the tired crew, a new explosion could have generated a lack of control. Faced with this situation, the "governing system" of the ship, which had reached the bottom, was lost or affected. At this point, the crew would have become aware of their final destination. It should be noted that, when it comes to the surface, the depth of the sea in this sector is not taken into account because it was not imagined that a fault could occur that would leave the submarine uncontrolled.

According to the Commission, the explosion that was detected was, in fact, an implosion and thawing of the body through water pressure. That could be verified by the CTBTO. Now, before discovering the remains of the submarine, I may be able to complete the reconstruction of what happened after the disappearance.