His health, why he continues in Dorados, Tapia's "betrayal" and the "arrangement" in Superfinal: 13 phrases of Diego Maradona 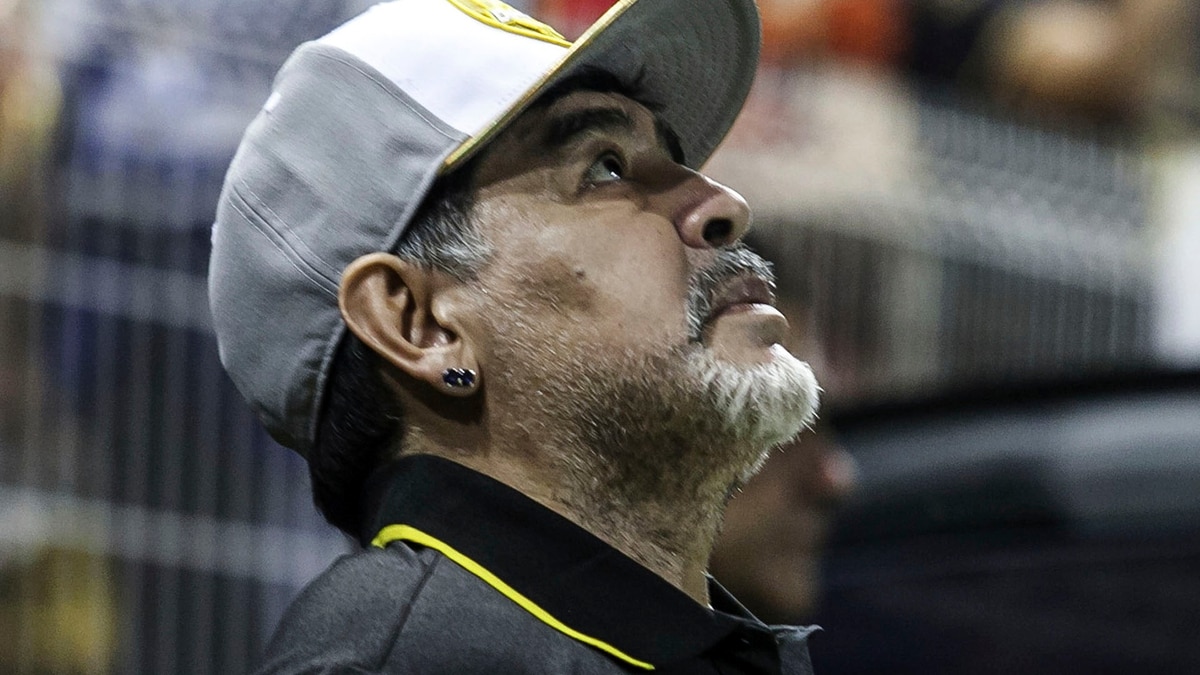 In addition, the former coach of the Argentinian national team spoke Radio Network of others current issues in Argentine football: Copa Libertadores Superfinal between the river and Boca that was played in Madrid, the AFA leadership, the Argentine national team coach and his opinion on Lionel Messi.

Your Health Status: "The idiots are like ants, they are all over the world, I have already done the analysis a week ago, it was my turn today, I presented myself in agreement with Dr. Leopoldo and his partner, went to the clinic, made me resonances and even a TAC I want to thank all those who showed me ten thousand points (…) I went to the clinic with 58 years and I left for 50 years. "

Your link to the youngest: "In the country we are there, there are boys who have never seen a goal from Maradona and yet enter the computer, they come to talk to me about the lens as if they were playing with me, as if I threw the wall to them. it's priceless. "

Departure of islands as field assistant and their substitutes: "Luis can fly alone, he does not need Maradona, it's normal for that to happen, my brother, if it's okay, he'll go with my nephew, we'll have a Maradona coaching staff where we all think the same way ".

How it was designed to renew with the club: "The president is 30 years old and he is from Maradona, he told me," There is nothing change here, the technician is Maradona and he brings what he wants. "I talked to him last night and told me to do the studies and He told me to do it with confidence, that they are proud that I said not to a few deals we had from Mexico and that they found out.

AFA leadership: "Angelici and Onofrio should take command." (Claudio) Tapia betrayed me and I do not want to know anything else, to do all the crap he does. "

DT from Argentina: "There is no coach in the national team who did the technical course."

Copa Libertadores Superfinal between the river and Boca in Madrid: "How will we understand playing in Spain?" I hurt to lose Boca, but I did not feel it, it does not make sense and smells like a repair The rumors of people are arrangement (…) I do not understand that I have to go to play in Spain, it seems to me something terrible, illogically, this thing that kills the passion, because there are "comets", that hurts me, we want to raise Argentine football with Caniggia, Batistuta, El Cholo (Simeone), but it is impossible because people come that in his life he hit a ball or understand what the shirt is.

Criticism of Alejandro Domínguez (President of Conmebol): "I will not make my passion from a Paraguayan player, I do not tell him where to play, Olimpia and Cerro Porteño, and a Paraguayan will not come to put the points."

World Cup of the Club: "Al Ain is very strong, he has almost all the players in Seleccion, the river will be relaxed."

The arrival of Gustavo Alfaro in Boca: "I think he is a barbarian, it is the most football Argentinean has today for Boca, he is no longer more capable or better informed than he, I wish him the luck of the world, Angelici did very well to bring it."

Your Messi Link: "I want with all my heart, it's a phenomenon, I want to become a leader and will never be one, will always be in his world of sports, soccer and family and I think he is a barbarian."

Your Desire for 2019: "The only thing I ask God is to leave Macri, that people eat and pay no attention to those who govern football today, which continues with the same passion of life we ​​have inherited from our parents."