The charge is maintained for all detainees … 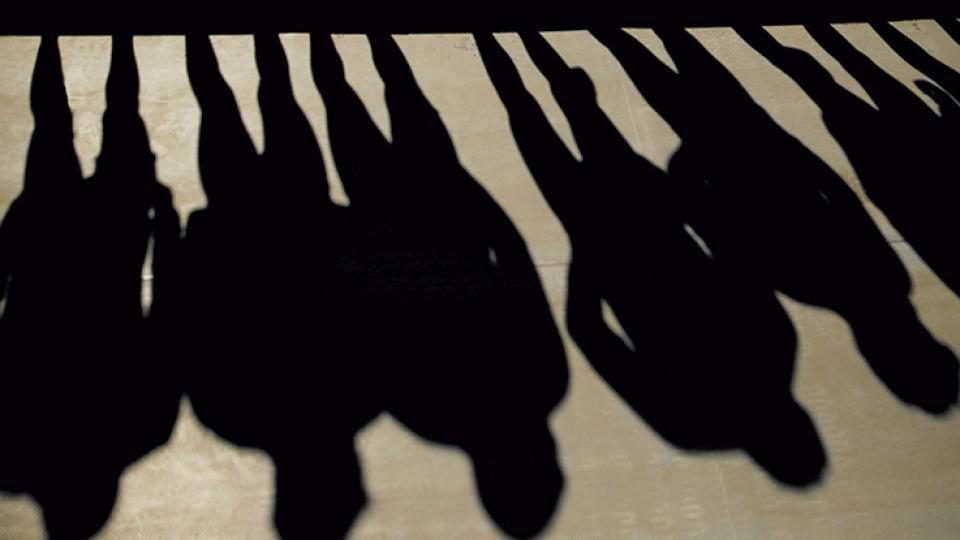 The 14-year-old girl who was sexually abused at the camp at El Durazno in the seaside resort of Miramar, during the New Year, for which five young people were arrested, reported what happened when she testified in a Gesell room , said prosecutor Florencia Salas. that there are no elements to change the cover of the case.

"I will not talk about the contents of the Gesell room, but it took about 50 minutes and the psychologist was with her for an hour," Salas told the press at the courtyard of the Mar del Plata courts in Tucumán at 2400, at the end of the procedure. The official insisted that her main interest was to protect her victim and her family and, for this reason, she explained, neither the time nor the place of the statement were broadcast. As to the case, the prosecutor said that "we still have some testimonies to receive."

The prosecutor said that the professional Laura Brisigeli, who assists the teenager, belongs to the Victim Necochea Victim Assistance Center, who met with her before the statement and said she was able to do so.

"Then I went to the Gesell room, which took place in the juvenile council, where the security judge Roberto Saul Errandonea, the juvenile counselor Silvia Fernández, the four defense attorneys, the prosecutor's secretary and those present were present. "the official said. Referring to the minor's status, Salas said: "This moment is happening in the best possible way in these situations and is contained in all the services for the victim, as is the case in these cases." Finally, the prosecutor considered "the utmost importance that he was able to testify about how the events took place."

The official said he was "very satisfied" with the investigation, stressed "the collaboration of all the agencies needed to advance the case" and, in particular, managed to make the Gesell room only 48 hours after taking the case: " totally unusual, with so little time, because you have to mobilize the entire branch of justice. "

Regarding the conduct of the prosecution, the prosecutor's representative announced that more testimonies still have to be received from the accused and victim's statements, including the adolescent's relatives.

Meanwhile, it expects the next month to run cell phone experts' reports of those involved in the case, while Tuesday will begin chemical analyzes on garments and on January 10 toxicological tests.

"Chemical tests will be January 8 and the toxicology will be 10. DNA will be after chemistry First we will analyze the biological material we can find, such as sperm, feminine fluids, blood and blood, and then, if we determine that there is no such material, we will continue to study DNA, "Salas explained.

According to the investigators' reconstruction, the event took place at dawn on January 1, during the New Year's Eve. The victim remained with his parents in a bungalow in that camping located at kilometer 1 of provincial route 11, while the five young people who were now detained were staying in a forested area.

After the New Year's Toast, the adolescent's mother noticed her absence and started looking for her at the headquarters until she found her in a tent next to the young.

The woman called the police and filed a complaint about sexual abuse at the Miramar women's police station, after which the suspects were arrested and their personal belongings were kidnapped, a white pickup truck with an igloo tent.

Despite the secret of the investigation, it was reported that the first expert reports confirmed that the teenager had injuries compatible with sexual abuse.

"The tax hypothesis remains intact, it will not change as a result of this testimony," the official said, and refused to provide more details about the minor's statements. In this way, he confirmed that the five friends continue to be accused of "sexually abused sexual abuse." This is important because it transpired that when they testified, two of the defendants admitted they had sex with the girl ("it was a consensual sex without violence"), two others said they were sleeping behind Trafficking traveled, and the fifth said he was sleeping in a lounger, a few meters from the tent. As a result, it was speculated with a possible defense strategy to remove three defendants and change coverage for others and go to "rape," a figure that has a much lower penalty than the current one, of worsening abuse. The five young men are still in detention in the director of the 44th Batán criminal unit.