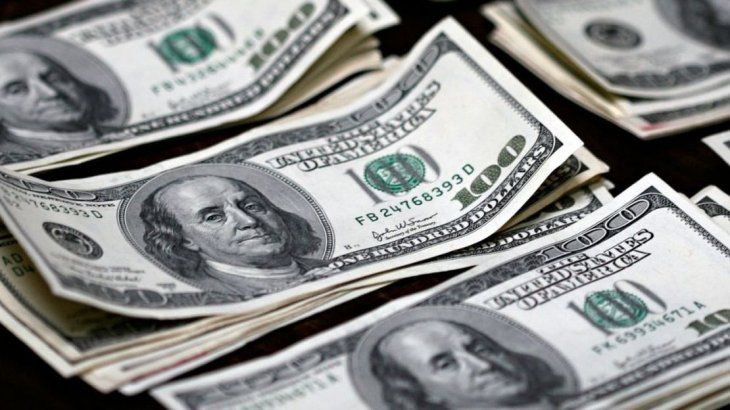 "The demand for currencies is very active since the start of operations, explains the market.

The monetary authority comes to buy Wednesday 30 million dollars and added 190 million in the past five business days to stop the revaluation of the local currency.

In the region, in turn, the US currency increases, albeit more moderate than in Argentina. E.g, in Brazil advances by 1% to 3.7698 real; while in Mexico it rises by 0.7%, just like in Colombia.

In the informal market, in turn, a steady blue work at $ 39.25, according to the study of this environment in the caves in downtown Buenos Aires. In turn, "contado con liqui" rose to 37.62 USD on the eve.

Yesterday, the currency that is traded in MULC reintroduced the "non-intervention area" after a week, produced by the reappearance of the cover request, and a new one the BCRA intervention, this time, about the closing of the day.

In the Single Free Money Market (MULC), the American currency increased by 40 cents to $ 37.50, already in the intervention band.

Unlike the last days, I noticed a "constant demand" during the day with some of the foreign banks, to stay They sought to cover the positions of investment funds abroad, They explained at the money tables.

"The bullish route was installed early on with purchase orders that supported the quote that justifies successive increases that, with few withdrawals, remained until the end of the day", described an operator.

Just missing 10 minutes for the final bell, when the currency was around $ 37.40, the monetary authority announced a new auction, the fifth in a row, to buy another 30 million dollars.

This intervention pushed the price a little more: the banks immediately sold the currency at $ 37.50, closing price, beyond the market Until then it operated below this level.

"The slight downward adjustments of the interest rate, which serve as a reference to the market, and the official auctions seem to have corrected the exchange rate trend, temporarily taking it in a zone closer to the Central Bank's forecasts, commented analyst Gustavo Quintana.