"The only vaccine is isolation" Mayor … 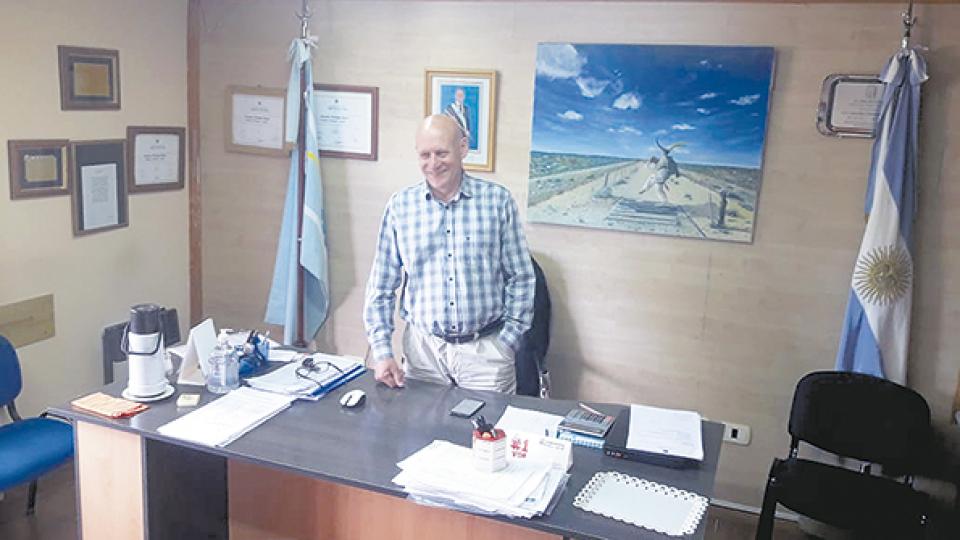 "How do we start the engine back then," says the Mayor of Epuyén, Antonio Reato, more like someone who thinks loudly than asking questions. He is convinced that "it will happen, it will end soon and we will be the community we were in" but he is not wrong: he knows he is still missing. Today, he adds tomorrow from his office while a fresh mountain air enters through the window, while the passers-by look at him and greet him as his last term begins ("the third and enough"). ), Reato says "there is a rare situation." The window gives the route and no one passes the route. Just one car every day. Mayor Reato explains: "Today it should be full of people in that entrance (with reference to one of the entrances to the city). There is nobody, because there is nobody in the business, anywhere, and today we are trying to collect waste, bury those who die and then see. "It's not just sadness. For a city where a large number of residents are waiting for summer months to receive tourists and save money to live the rest of the year, this loneliness in January – with the cancellation of reservations and events such as the Craft Festival – is devastating. But there are still many.

– There is a lady who, every month, once a month, goes to the hairdresser in a nearby town. They said no, that this month will not work. My daughter has something to do with people, professionals, biologists, she works in Conicet, but if she went two biologists it would not work. And he lives in Trevelin, not even here, but as you know he is here … There are also dentists who have warned that for the moment they will no longer serve the people of Epuyén. There is that discrimination. I think these people in the surrounding villages who make these decisions or discriminate in this way do not realize that this can happen at any time. They are neighbors, we are all endemic to this problem. All the localities here, from Junín de los Andes, San Martín to Corcovado in the south, are an endemic area of ​​the hantavirus.

– Are there social connections that are now complicated by this?

– It will be an Epuyén before and another after the hantavirus. There are social connections that have changed. Perhaps the one who has been wrong with a group, with some people today, says "look at how they work and work together so the city is okay." There you were with a group of people you thought you were going and going before, but it was gone. Then that group of people or some who seemed very busy when the potatoes burned are certified (to be excused from work). When you burn potatoes, you realize the values ​​of each. You do not have to be hired for something dangerous. It remains to re-evaluate a few things. Generally, the balance is quite positive. I do not think we have to judge much or treat those who did not let him down or that the same kind of to make himself feel bad in this situation. Everyone is how he is. It is very difficult and we are very confident despite everything and we will leave in a very short time. It's a very strong community.

In Epuyén, information often circulates through what it does, but also misinformation. It runs sometimes faster than another virus and generates such strong impacts that for example different groups of neighbors complained to the center commander and the teams working to control the outbreak that organized public meetings to do exchange of information. These were done: inside the municipal gymnasium, outside the municipal gymnasium, in some squares. Sometimes a neighbor is angry because he expects the "magic answer: someone says" here is here "," we have such a remedy, "but sometimes, even if you want to clarify everything, it's not clear." Reato understands these reactions and adds that we have to understand that there is also a "people who can not complain" in the city.

– Not even the last (dead) we did not manage to fire her because we closed the wake room.

– Is there just one?

– Yes, only one. And they had to go and go straight to the cemetery. It was a question of peace of the people, because there are people who want to accompany, say "how will I not go to the funeral of such a person, to wake up." Because we are all known. Everyone has a face, for us there are people who know who he is and have shared many things. For some reasons, at a party, at a school, you accompanied him on the one hand, you were a colleague of work. Everyone has a face, name and surname. Then you go. And when you go to wake up you will get hurt and harm your environment. So we're looking at the intention that they have no obligation to go. We decided to close the stage, at least until the end of the outbreak officially declares.

– What responses did you receive when the resolution to suspend public and private meetings in closed places was issued?

I think people were expecting a measure of this kind to protect them in a certain way. Although for the health field this measure was exaggerated, people did well, it seemed reasonable to people as it was. I think nobody bothered him, the opposite.

– It was a strong decision.

– I had nothing to lose. We're so busy because we said "it's over, it's over, it's over" and never ended. Then I said enough. In Epuyén, the season was lost, we lost many neighbors, many friends, we cut it once and for all, because it will be too long. Until today it seems exaggerated, we have the municipality empty, there are places where people do not participate, we ask the churches not to meet, not to meet.

– And that was not difficult?

– No, there are people who at the touch began to use the mask in the shops. The next day I went to the shops and those who sold wore chinstraps. People were worried and wanted to take care of themselves. And this did not do bad at all, it is true that traders today lose a lot of money because it is difficult for suppliers sometimes to enter. Do not enter.

-What will happen to classes in the city?

– There is one of the schools that should start on January 28, but this was suspended with the resolution. We first suspended it, and then the Ministry of Education accompanied the measure, which resolved the same for the rest of the provincial schools in the area. Schools are remote and winter weather is complicated, summer classes. The cycle of long vacations is during the winter.

– And classes do not have a start date yet.

– He has not met yet. The date was 28, our resolution is 40 days. Suppose that when these 40 days are fulfilled if the situation is more controlled then we will talk again with Education and see if they will begin.

– Until police check takes place for isolation to be carried out in cases where it was indicated?

– I'm not clear. It is a measure that the Minister of Health (Provincial) has arranged with the judge and the Minister of Government, who has power over the police. For some neighbors it is a little shocking. They feel like they are criminals and have done nothing wrong. Now, it is important to respect isolation. It's the only vaccine we have. The only vaccine is isolation.