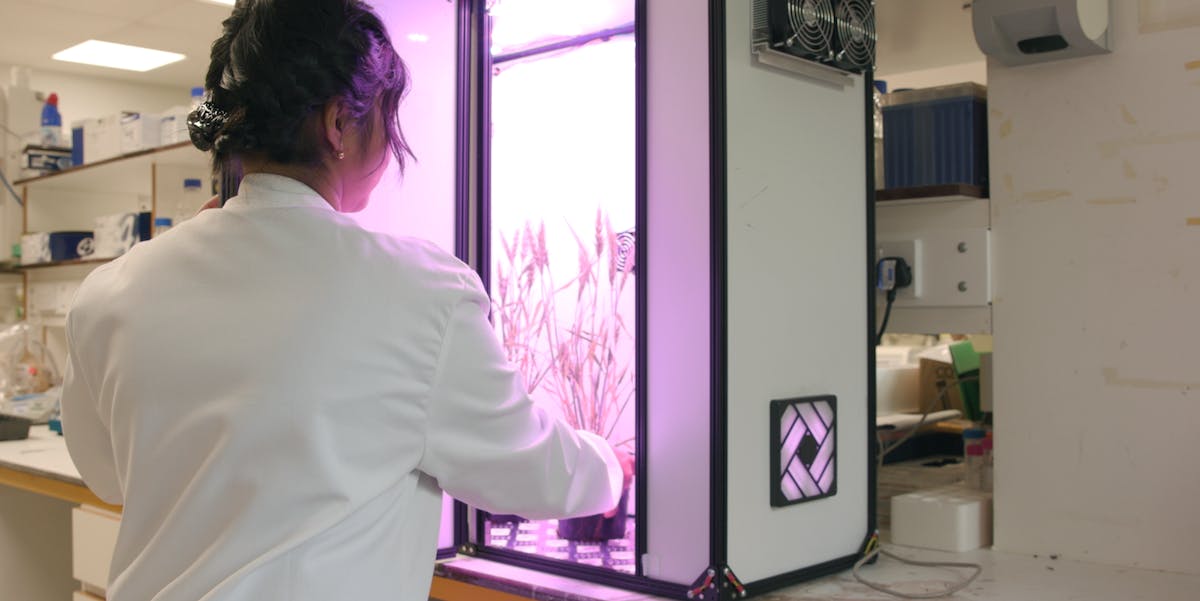 ANASA has begun to analyze the mysteries of growing crops in the harsh conditions of space, scientists on Earth have begun to get some great ideas. Following these experiments, they were inspired to create a spin-off technique that could solve the problems that hit the house closer.

The technology in question, refined by a team of scientists from the John Innes Center in the UK and the University of Queensland in Australia, is based on the original NASA method used to plant plants in space. It involves multiple temperature controlled cameras where plants are exposed to different types of LED lamps to provide an alternative to sunlight – a crucial ingredient for plant growth on Earth. Dr. Brande Wulff, Ph.D., and Sreya Ghosh, post-graduate student at the John Innes Center, are part of the team that has adapted this idea to create a "speed-increasing protocol" that he tested earlier this year spring wheat, barley, canola, chickpeas, pea plants and quinoa.

This technique allows them to quickly produce plants – they say they can generate six generations of wheat per year, while typical greenhouse conditions give only two. With more generations each year, scientists could focus their efforts on plant growth with genes that might be more resistant to the rigidities of a warming planet, including catastrophes such as drought, leading to more varieties over time short of traditional reproductive methods. On Friday, they published a guideline for their process in a work in Nature Protocols, as well as an accompanying video that hopes to make this process more accessible to other scientists.

"The base of speed reproduction gives plants better light, more intense light and longer lengths of the day," explains Wulff, one of the authors of the study. "When everyone at the institute heard about the success we had, they all wanted to make breeding speeds."

Plants that are subject to "speed reproduction" are exposed to 22 hours of light in a specific portion of the spectrum – specifically light in the blue, red, and red range. They are also exposed to two hours of darkness because short periods of darkness have been shown to improve plant health. In short, it is a much longer day than it would normally be. But light is not the only factor that Wulff and his team have helped.

Plants are also kept in temperature-controlled glasshouses where they are exposed to certain types of sodium vapor lamps. To meet the requirements of the institute, the team has expanded its process to include several large greenhouses, which are detailed in the video. But the paper also describes a way to perform this technique in a small "bunker growth cabinet."

"It was important for us to develop something that could be bought quickly and set up with minimal skill" added Ghosh, the first author on the paper. "This reduced cabinet means that technology is accessible and democratic. Researchers around the world can set up on their office to benefit from speeding up their research program."