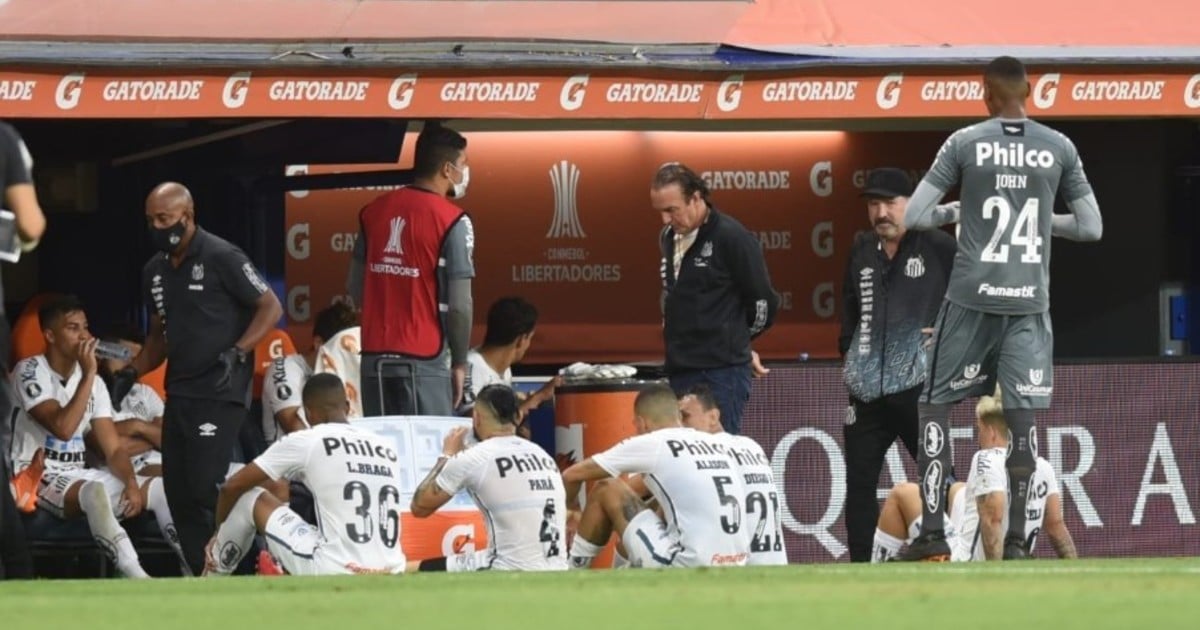 That Cuca held the technical discussion at the break on the field of play and not in the dressing room aroused everyone’s curiosity. But that’s exactly it: curiosity. Until the positives of John and Wagner came to light. And then the curiosity turned into suspicion: Did Santos know or not that two of their players, one of them a starter, had contracted the virus?

In Boca, I think so, they were aware and that’s why they decided to stay on the bench instead of doing what all campuses usually do: go to the locker room. Santos did not do so, although he was in the locker room before the start of the match.

It is true that in the previous harangue the goalkeeper is not seen, or at least is not seen in the video that Santos shared. But during the technical break, it appears and is there, a few inches away, and without a mask, which means he could have infected his comrades.

From Brazil, they claim that “the justification for staying on the field was that Boca Juniors’ locker room is too small. Since there was no crowdinter: refers to the public), they chose to stay on the lawn. “And, as if to give context to the situation, he adds that” Cuca had Covid-19, was hospitalized, passed it on to relatives and his father-in-law died of the disease. I wouldn’t play with something so serious. “

TOPICS THAT APPEAR IN THIS NOTE