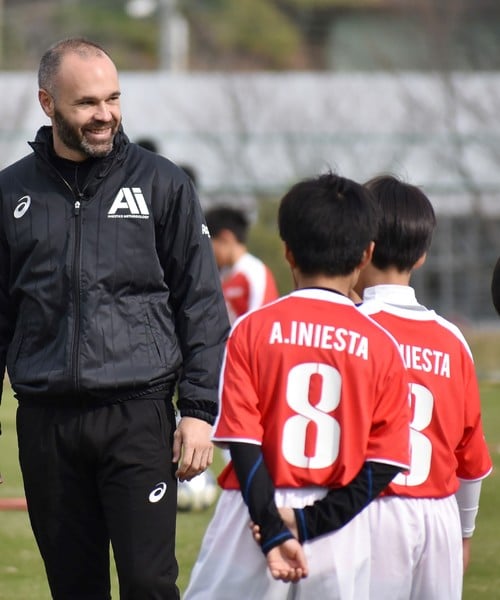 Depression is a disease that many of those affected prefer to hide or not treat it because of ignorance. That is why it is always useful for those who suffer from it to have someone out and tell their problem. And more when this person is successful for the rest of the world, which shows that no one is exempt from going through such a situation. This is the case of Andrés Iniesta. The talented Spanish midfielder, today in Japanese football, after living in Barcelona, ​​confessed in an intimate interview with a Spanish television program (Salvados) He suffered from depression in 2009, the year after winning everything with the Guardiola Barsa and a year before winning the World Cup in South Africa, with nothing less than a goal in the final.

"When you suffer from depression, you are not, when you are so vulnerable, it is difficult to control the moments of life, everything comes after winning the triplet with the Barsa. It was an incredible year, but the summer came and I started to find it bad. At that moment you do not know what's going on. There you begin to enter into a process within you, to start thinking that you feel bad and you do not know why. And it tests you and everything is fine, but you do not. There and back into a loop where you're very naked, "he said harshly.

The midfielder explained when he started to come back. "One afternoon I was at home and I felt very bad." I called the doctor and said, "Let's do something or I do not know what's going to happen." That same afternoon we went to Sport City and said that "I need help, because if not, I will not get out of this situation." Me at that moment I wanted the night to come, to take a pill and rest "he explained.

The brain, as Iniesta is called, added: "People are moved by illusion, and in a situation like this you have nothing, you do not feel things."

The interview provoked anger in Spain, quickly became viral, and Iniesta was praised by many people in the medical sector for publicly speaking about the disorder she suffered at the time. Improving it will be an example for many.