Bart Verhaeghe: "We are the best club in Belgium" 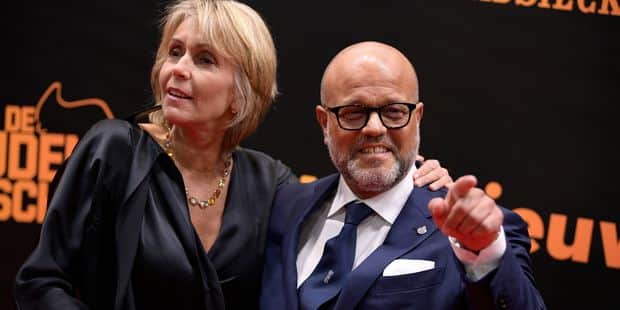 "Never get used to"smiles Bart Verhaeghe. It's hard to find happier than the Brugge club's head who hosted a ceremony marked by four trophies for his players.

"I'm so happy, every year, happiness is the same, it's an individual prize we owe to the team, not just the team, it's all about it." a very professional and passionate organization. This gold shoe is not an accident, it is related to the club's project. "

This third level Golden Shoe for Club Brugge is a symbol for Bart Verhaeghe. A kind of reward for a work started in 2012.

"This proves that what we dreamed was fulfilled, we wanted to structure the club and over the past five years we were the best team in the country, but we do not think the next year's winner will be a Brugge player again. good players. "

At the table with Hans Vanaken, the president was able to closely observe the player one evening that turned the 10th phlegmatic into a stressed man.

"Ruud (Vormer) was much more nervous last year, Hans, you can put him in Dortmund, he's relaxed, he's cool, but at the end he told me he was tense, he was fine, he should have got up, and win the trophy.

The future of the laureate is more than ever uncertain. He has recently extended his lease to Jan Breydel, but will attract even more foreign clubs, given his status as the best player of the competition.

"We'll see if we can keep it, it's good at home, it's recognized in Bruges, we're evolving like a club, and maybe we'll find a way to keep it, and then I do not want to block it."