Brussels: The stops from Lijn to Gare du Nord might disappear 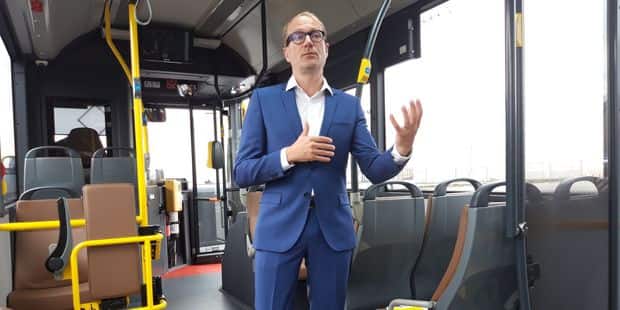 Subject: too much uncertainty denounces the Flemish Minister of Mobility.

Fleet bus De Lijn will not stop at Gare du Nord if nothing is done to address the inconvenience that the Flemish Minister of Mobility, Ben Weyts, threatened on Thursday in the columns of the Het Laatste Nieuws. "De Lijn" has eight docks under the station. The first colds push homeless people, including the transmitters, according to N-VA Minister, to find refuge in this place. Mister. Weyts complains about garbage batteries, improvised shelters to sleep or, he says, thefts.

"De Lijn does everything possible, the security service is mobilized, every incident is reported to the railway police and there are ongoing consultations, but De Lijn is a tenant and therefore can not develop a structural solution," the minister explained.

The Flemish Region wants to build a terminal outside the station. He budgeted 2.1 million euros, but is still waiting to get a permit from the region. Mr Weyts wrote to his colleagues in Brussels to request a swifter processing of the dossier, delayed for the moment because of discussions on the sale of CCS, attached to the station.

"Whether we act together or De Lijn's service at Gare du Nord will no longer be guaranteed," the minister warned.

If the threat is implemented, it means that passengers can descend from the bus to Gare du Nord, but they will have to climb the other to another stop, basically that of Place Rogier.