Genk, the leader of the championship, held under control at Mouscron (0-0) at the end of the 15 day championship 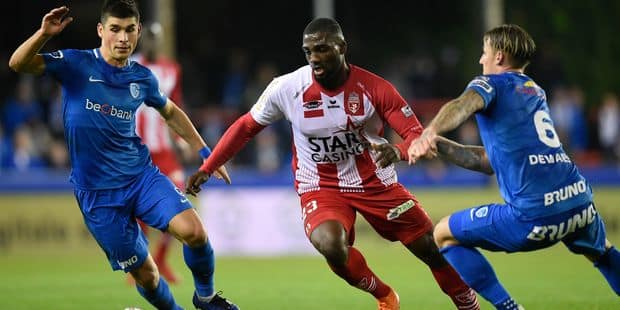 Racing Genk, the championship leader, was kept under control of Mouscron's (0-0) lawn at the end of the fifteenth day of the Jupiler Pro League.

At the same time, Mouscron drops a red lantern at Lokeren. The limbs end up unbeaten in the first phase of the classical phase.

From the start of the game, Racing Genk was close to opening the score with a long shot from Malinovsky who found the gift (12). Mouscron responded to the 23rd. After a restart of Dewaest, Olinga appeared alone in front of Vukovic, but fell on goalkeeper Limburg. In the 29th minute, referee Dierick showed the penalty penalty for a match on the Racing Genk Maehle defender. However, he canceled his decision following the VAR intervention. Portals Vukovic and Butez were then on parade to keep their cleanliness at the end of the first period.

At the beginning of the second half, Racing's Genk Ndongala was alone with a bay, and he was replaced by mouscronnois. The two teams were unable to alert the two guards.

In the standings, Racing Genk (35 points) retains the lead and is now four points in front of the Brugge and Antwerp clubs. Limburgers end the first stage of the classical invincible phase. Mouscron (10 points) places the red lantern at Lokeren, which still has the same number of points.