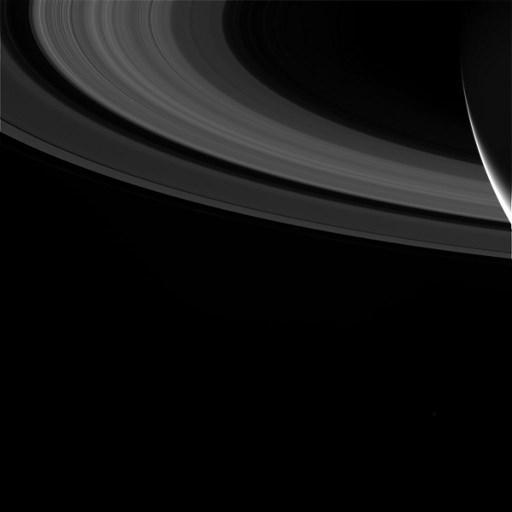 Saturn rings appeared very recently, there are 10 to 100 million years, researchers say in a study published Thursday in the journal Science, based on the final observations of the Cassini probe. This period corresponds approximately to the age of dinosaurs on Earth, which disappeared 65 million years ago.
Saturn, the sixth planet from the Sun, was formed four and a half billion years ago at the beginning of the solar system, and therefore lived for most of its ring-free existence.
Planetologists had many clues about the relatively young age of the rings, probably formed by Saturn's moon collisions, or the outbreak of a comet that would have come too close to the planet.
But their exact age has remained one of the great enigmas of the solar system.
The US American Space Cassini spacecraft, launched in 1997 and left in 2017, recovered data to calculate this age.
At the end of her mission, Cassini made 22 orbits, passing between Saturn and her rings and approaching them like never before, before deliberately disintegrating into the planet's atmosphere at the end of the fuel.
Its instruments allowed mission scientists to measure the gravitational forces exerted by the rings and the planet during these dives and deduce the mass of the rings. This table, combined with other data, then led to an age estimate.
"Only by approaching Saturn in Cassini's final orbits we have been able to collect data from the origins of these new discoveries," said the lead author of the study. Luciano Iess, from the Italian University of Sapienza in Rome.
"With these works, Cassini fulfills the fundamental purpose of his mission: not only to determine the mass of rings, but to use this information to refine patterns and determine the age of rings."
As NASA explains, the smaller the mass, the smaller the rings, because as they age, the rings attract the debris and become heavier.
The rings consist of 99% ice. The study does not answer the question of their origin but reinforces the theories of a comet or a collision of frozen moons.