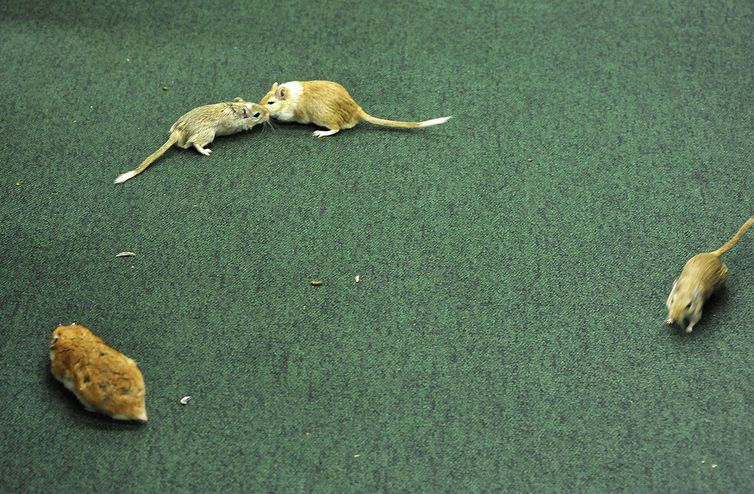 A group of scientists at Campinas State University Campus Biology (IB-Unicamp), with the support of São Paulo State Foundation for Research Support (FAPESP), found that the jabuticaba shell extract, an indigenous fruit from Mata Atlantic, managed to combat pre-diabetes and increase fat accumulation in the liver in elderly mice.

These animals were chosen because aging is directly associated with reduced metabolic capacity and changes in hepatic metabolism, glucose and lipids.

During aging there is a deficiency in glycemic control, an increase in triglyceride deposition in the liver and hormonal imbalance.

In addition, the elderly usually have dyslipidemia (increased fat in the blood), hyperinsulinemia (high blood insulin), diabetes and cardiovascular disease.

The diet was five times more fat than a normal diet.

I noticed that the ingestion of jabuticaba shell extract by older mice on a high-fat diet also caused a decrease in weight gain, increased blood fat and excess blood glucose, and improved HDL [colesterol bom] of animals, among other benefits, "said Valéria Helena Alves, project coordinator Cagnon Quitete, a professor at IB-Unicamp.

Studies also looked at the appropriate amount for consumption because the diet given to mice had five times more fat than a normal diet.

Further research has shown that if animals used this diet for 60 days, it would be enough to develop diabetes and liver changes.

Analyzes have shown that diet has prevented weight gain and inflammatory process and favored an improvement in liver morphology.

Now, researchers are exploring the use of jabuticaba extract in late progression of prostate cancer in transgenic mice. Preliminary results revealed declines in lesions.

Extract from the jabuticaba bark

The bark extract from jabuticaba was developed in a partnership between researchers at IB and the Faculty of Food Engineering (FEA) of Unicamp.

Through partnership, researchers have been able to produce a fruit bark extract that can be administered in a controlled manner and with a high concentration of bioactive compounds (naturally occurring substances in the food that positively interfere with metabolism but which are not required from a nutritional point of view).

The chemical analyzes of the jabuticaba shell extract have shown that the compound has a high content of phenolic compounds, such as anthocyanins present in red wine, with positive effects on organic metabolism. The extract led to the filing of a patent, which is being licensed by a Brazilian company.