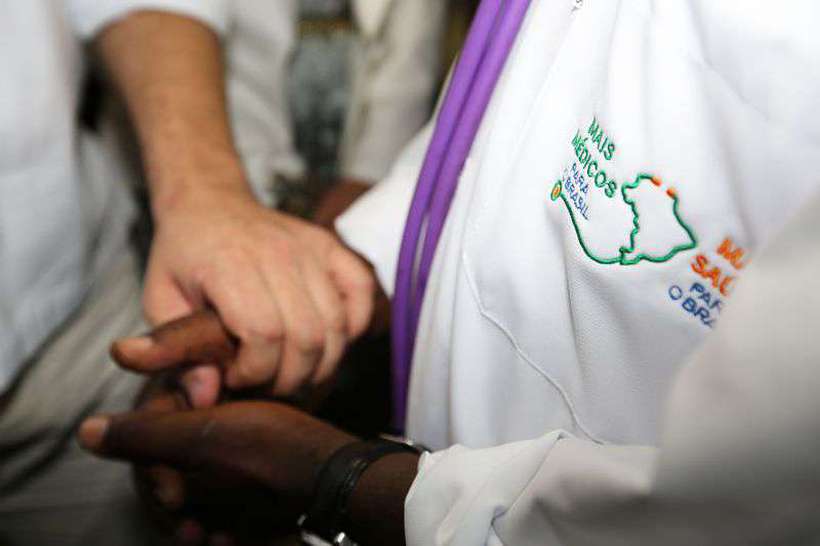 The decision of the Cuban government to leave the Mais Médicos program exposed one of the pressing problems in Brazil: the lack of these professionals in inner cities, distant regions and indigenous communities. In order to fill open vacancies with the departure of over 8,000 Cubans, the federal government opened new program listings. However, unlike previous editions, the announcement published last week requires revalidation of the diploma by trained professionals abroad.

During the election campaign, the PSL candidate, then Jair Bolsonaro, defended the need for a doctoral exam. The revalidation requirement – the national revalidation exam of medical diplomas issued by foreign higher education institutions – raised discussions on the periodicity and quality of the system used in this process. One of the main questions of those who want to do the test is the delay between the published ads.

Health Minister Gilberto Occhi said the proposals for change to try to improve the system will be evaluated in collaboration with the Ministry of Education (MEC). One of the suggestions is to decentralize the process. In this proposal, the test will not be produced exclusively by Inep (National Institute of Educational Studies and Research Anísio Teixeira) and could be applied by federal universities, saving the model used by 2010. By this method, each institution would create its own way of evaluation. The idea is to accelerate revalidation and participate in physicians from different countries in a more practical way.

However, the decentralization of evidence generates controversy among the area's professionals. The biggest problem would be to guarantee the same level of difficulty between universities. The Coordinator of the Federal Medical Council (CFM) Medical Committee, Lúcio Flávio Gonzaga, defended Inep's exclusive maintenance of the test. "I think Revalida is a good leap in this assessment, and every university did it in a way, there was no standard." Returning to what was really a regress, Revalida made standardization in the top our country, "he said. "We defend the fact that Revalida is a unique form of revalidation of diplomas. It measures not only the knowledge, but the abilities, behaviors, the ethical and technical part of the doctor, it can be shown if the doctor really has the ability to assist the patient," he said he.

Another point of discussion relates to the degree of difficulty of the race. According to Inep data, in the 2016 edition, only 24.8% of the 6,541 registered candidates were approved. The Cuban approval rating is close to this figure: 24.31%. Brazil managed to stay slightly above this average: 28.4%.

Gonzaga argued that the advanced level of the test is necessary to ensure that these professionals are properly trained. "The student of good public and private schools is good at this test, it is not a difficult test, it measures the knowledge necessary to be a doctor." Our concern is with the good training of professionals, "he said. "Emergency situations are usually formed by newly trained doctors and must be capable of identifying serious situations, must have these abilities and knowledge, otherwise it is a risk to society."

For pulmonologist Ricardo Luiz de Melo Martins, a professor at the Faculty of Medicine of the University of Brasília (UNB), it is necessary to analyze the curricular training of the baptized. "We have to carefully evaluate to see which schools these students come from, but they probably come from overseas schools that do not have the right training," he said. "Perhaps these institutions should evaluate the country's learning." After Revalida, he has improved the curriculum of Latin American universities and the curriculum of our faculties, a technical model for the universities in Brazil.

In addition to the delay in the process and the difficulty of passing the exam, Melo Martins pointed out that Cubans in the Mais Doctores program might not have been interested in Revalida because they did not intend to stay in the country. "I have the impression that their coming is like a diplomatic mission. They do not always want to stay in Brazil, but yes they come to fulfill the determined mission," he said.

According to Lúcio Flávio Gonzaga, the most important thing is that the Ministry of Health, together with the MEC, can increase the number of exams twice a year and can guarantee the exclusive assessment by Inep.

Universities in Espírito Santo, Bahia, DF and Ceará have decided to anticipate the graduation of students last year so they can enroll in the program Several doctors whose registrations have been extended until December 7. The Federal District Medical Council is working on a working team this weekend to prioritize the registration of newly trained professionals.

The Coordinator of the Medical Pedagogical Commission of the Federal Medical Council (CFM), Lúcio Flávio Gonzaga, has argued that it is necessary to create the necessary structure to guarantee the permanence of these professionals in the program. "Sure enough, we have enough doctors. We have to allocate them in care gaps: the big interior, small towns and villages," he said. "I'm indignant at the speech that the doctor does not want to take in. Nobody goes to a place where someone does not have working conditions. It takes investment to create a working structure, a career that allows salaries and guaranteed rights, and the opportunity to advance in the career, "he said.

Division within the elected government

The elected president, Jair Bolsonaro (PSL), protested against the idea of ​​his appointment to the Ministry of Health, Federal Deputy Luiz Henrique Mandetta (DEM-MS), to seek the certification of trained Brazilian doctors. In an interview yesterday, Bolsonaro was extremely disappointed about the national examination of revalidation of medical diplomas (Revalida).

"He (Mandetta) suggests Revalida even with a certain periodicity I am against it because it will run in the same situation with OAB (Association of Brazilian Bar Associations) We can not prepare young people in Brazil over the last five years, and then we will submit them to luxury lawyers in lawyers' offices. Luxury lawyers do not, boys of luxury offices, "he said.

Even after the elected president, Jair Bolsonaro (PSL), rejects the idea of ​​recertification, Mandetta once again backed up regular assessments or the requirement to take courses throughout his career to monitor "how professionals develop, how they specialize ". According to the future minister, the Legislature should establish a regulatory framework for this issue.

"I agree with the president, if he did an admission test as a condition to practice, it would be absurd, because he looks at how many years he needs to form a doctor. But to make sure that society has a personality legal, there must be a modernization of the formula, "he said. Mandelta believes there should be a regulatory framework that clarifies the rules, otherwise it believes that the market itself will make private certification and testing requirements.

»Revalida is organized annually in two stages. In the first, a theoretical evaluation with contextualized objective and discursive questions is made. The approved candidate will undergo a practical assessment of clinical skills. He will have to go through various specialties, from which he will have to make diagnostics and procedures on plastic models. In addition to practical ability, the way the professional conducts the doctor-patient relationship is assessed.