See what Palmeiras must be champion against América-MG-Sport 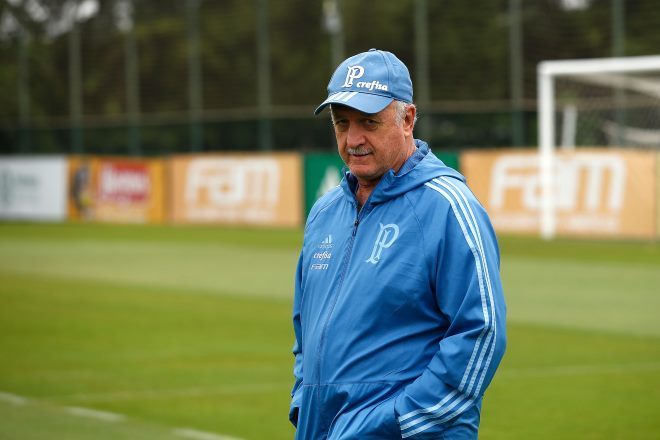 The account is simple. Palmeiras has 71 points, five more than Vice Flamengo leader and six more than third place International. Grêmio, in fourth place, with 62 points, has no chance to reach the leader, with nine more points to play.

COSME: The war for the Palmeiras presidency. Galiotte follows his favorite

On the eve of the match that can win the tenth title of the Brazilian championship, Felipão ordered a closed press activity. The coach said earlier that he would have to "control the anxiety of the group."

Edu Dracena was the only one available for the game that was not on the field. The defender made physical activities at the club's gym.

With or without a title this Wednesday, Palmeiras's next appointments are against Vasco (outside) and Vitoria (home). Flamengo has both Cruzeiro (away) and Atlético-PR (home), while Internacional faces Fluminense (home) and Paraná (off) in the next round of 2016 Brasileirão.

Refugees The Cup has emotion, game play and festive dances