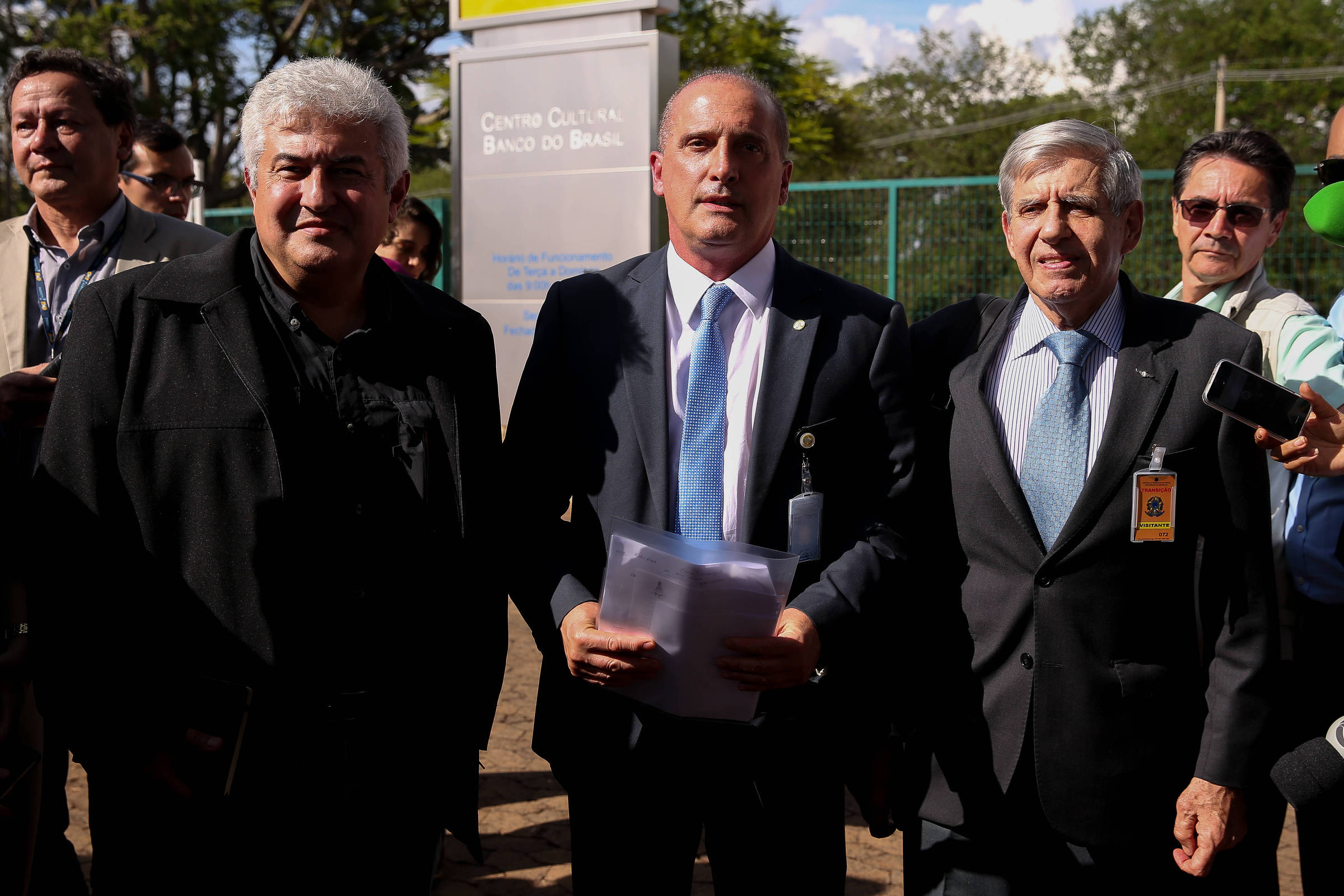 The elected president's team, Jair Bolsonaro (PSL), began the transition phase of the government in Brasilia on Monday (5). The announcement on the creation of ten working groups indicates the ministerial structure of the next management, which aims to reduce the current 29 to 17 dossier.

Called Extraordinary Minister, the future Chief of the Civil House, Onyx Lorenzoni, began his day at a meeting in Planalto Palace with the current occupier of the post, Eliseu Padilha. He then headed the first meeting of the CCBB (Centro Cultural Banco do Brasil) transition team.

In addition to Lorenzoni, another 27 were appointed by President Michel Temer as
the transition team. There is no woman among the candidates. Formality is required for employees to have access to government data and the CCBB building.

The activities precede the arrival of the President elected in Brasilia. Bolsonaro arrives on Tuesday morning (6) with his allies. On Wednesday (7), he will meet with Temer and the chairman of the STF (Supreme Court) Dias Toffoli. It is expected to make government announcements on Wednesday.

Thematic groups defined in the Lorenzoni meeting present a first draft of the Esplanade structure. The elected president has not yet defined ministries and strives to combine some briefcases. This is the case for Agriculture and the Environment, in addition to Justice, Public Security and Transparency.

"The transition is always very intense, especially when there is a significant reduction in ministries, this transition will, of course, be quite elaborate," Heleno said.

The transition office team will be divided into the following areas: Regional Development; Science, Technology, Innovation and Communications; State modernization; Economy and Foreign Trade; Education, culture and sports; Justice, security and the fight against corruption; defense; infrastructure; Sustainable production, agriculture and the environment; and health and social care.

Candidates will receive salaries ranging from R $ 2,585 to R $ 16,215, with the exception of five, which have been designated without remuneration. Lorenzoni explained that the list will increase by the end of the week, completing the 50 posts Bolsonaro is entitled to by law.

Bolsonaro's team has also defined the creation of ten working groups that will lead to the passage of the government. The project is an indication of the ministerial structure of the next management.

The groups were announced by Onyx Lorenzoni, the extraordinary minister and future head of the Civil House, after the first meeting of the Brasilia team.

Heleno also said the closure of the border with Venezuela is a utopian proposal.

Heleno was also asked about the Egyptian government's decision to cancel a visit that Brazil's Foreign Minister, Aloysio Nunes Ferreira, will do to the Arab country. The Brazilian Foreign Minister will arrive on Wednesday (7) and a program of appointments will be held from 8 to 11 October.

"I will not think of this problem because I am neither prime minister nor foreign minister. Later, there will be people to come to this harvest," he said.

At the beginning of the interview, Lorenzoni apologized to journalists for the fact that the press committee set up at CCBB (Centro Cultura Banco do Brasil) was closed. Reporters could not enter the building where the transition team will work.

According to him, the structure is not yet ready. However, Palácio do Planalto reported on Monday (29) that the room was already available.

After the negative repercussion, Secom of the Republic Presidency warned journalists that this room will be available on Tuesday (6).