Director Kostadin Bonev: "Away from the coast" is a mystical film 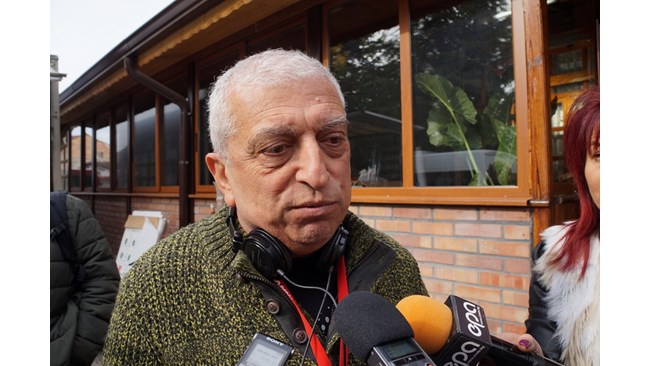 The idea goes on from a conversation with Krikor Azaryan

– Why "far from the beach" was chosen as "Cinemania" film script, Mr. Bonev? 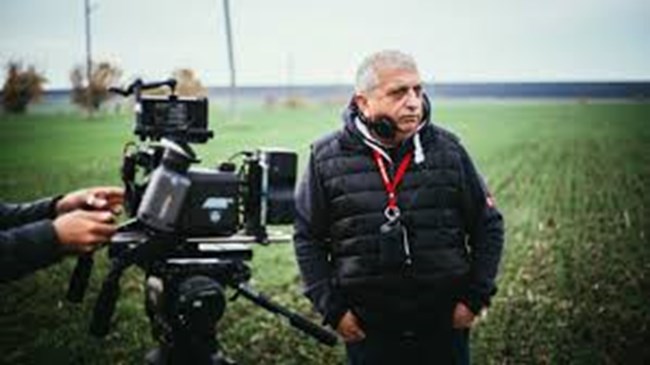 Kostadin Bonev on the stage

– So all my feature films were featured in Kinomania. People at the National Palace of Culture saw "Far from the shore" and I hope they like it. I hope more now that the audience also enjoys. The film will be featured at Lumiere Lidl on November 19, at 18:30. This will be the only screen in Sofia. 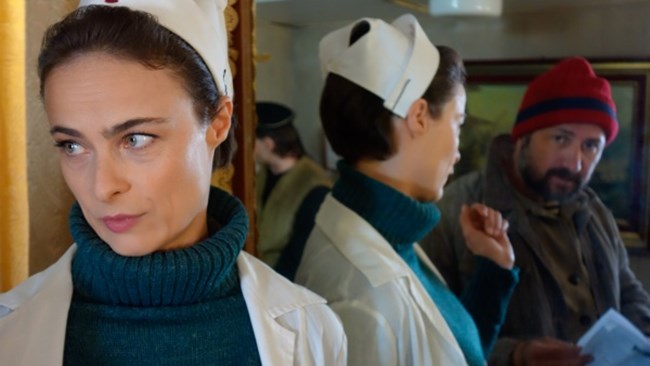 Joana Bukovska-David in a "far from the beach"

– What is "Kinomania" for you?

– My generation feels very warm feelings about this festival. As a young man in the 80's of the last century, I stood in line until 5 o'clock in the morning, with a long list of films in one hand and banknotes in the other. I sincerely acknowledge,

I have no idea

where am I from?

to buy 20-30 tickets. We all waited to see all the good movies in the other "Cinemania" …

– Evgeni Kuzmanov's novel "Gulls away from the shore" has a difficult fate – delayed in the publishing house, short, published in a small circulation, then confiscated by libraries … What attracted you to the story written by a writer?

– Evgeni Kuzmanov's novel is one of my youth's books. This novel caused an earthquake in the literary circles of Sofia and all over Bulgaria.

It is true that by the 1990s it was completely impossible to find it in libraries and bookstores. And much later. It is only after the second and third editions of the book begin to find and see what it is about. So, "Chaiky away from the shore" is a novel I feel weak and I really wanted to become a movie, but I never knew how.

– What is the role of director Nikola Petkov in the whole film story?

– Kolyo Petkov is a very nice person. I once sat at a table and began to convince me how well it was to make a movie, whose action took place in the theater. I mentioned a very funny story with Krikor Azaryan and a Russian general. Then I met with Coco Azaryan to find out what happened to Radichkov's performance "January". There are two or three of my students, which I remember in detail so far. "January" at the Pazardzhik Theater is one of them.

– And what happened after meeting with Azarine?

"I spoke in his room in the Army Theater, he was already very sick, but he did not refuse the meetings, and he said things were scandalous, as there were some happenings that later turned out to be a coincidence, there is a mystique that connects people to other people. Then Coco said to me, "Costa, you have to make a mystical movie! I decided to listen to him.

"He was trying to tell me that there are other connections in all these things happening behind the stage of a theater, especially when actors live in makeup. Most importantly, a person feels constantly observed, he can not remain alone If you remember, in the 12 chairs of Ilf and Petrov there was a home somewhere in Moscow, where people lived in a plywood chamber, or with Bulgakov, where playwright Maksudov was in a loft room and inventing some characters …

All this is the basis of the effort we have received mainly from Kolyo and Azaryan to make this film. His script has been written for many years, has gone through all phases. One day I called Evgeni Kuzmanov and asked him to give me the rights to the novel, in order to bring his story as part of the action. Because in such an atmosphere so ill,

tells the story of a crazy captain who led his sailors, turning the ship into a circle and not letting them down – it was a shameful blow. Finally, this is the winning mission she made "away from the beach."

– Why in the novel are seagulls, but have given up the title of the film?

"We wanted to suggest that the film does not refer to the entire novel, but to some of its fragments." They are all, but this film is not a film by Evgeni, a story that basically has the novel "Fishermen away from shore. "We wanted the movie title to be universal.

There is a reply from Tsvetana Maneva, who plays an old actress in this little town. She says, "When the pleasure of what you do is gone, run away …"

– The story of the movie happened 40 or 30 years ago, that is, before 1989. Also in socialism is the action in the film, which will open this year's "Kinomania" – "Time is ours." Is the time of research, analysis and deepening?

– I think every film that is being made today has basically what is happening today. Regardless of the years we say. In this sense, I think there is a very direct parallel between

I have intentionally made the purely imaginative film that the year can not be fixed exactly as it is.

There is also a sound track in which songs are played, but they are not of the same period. Some are from 70s, others are from & 80s. I did absolutely deliberately. I have already tested the movie and can say that it is "invoked" by young people as something that happens today …

– Why did you shoot the movie at Yambol?

– The Bulgarian films made with the help of the National Film Center (NFC) should divide the money in two. We are very careful to make the money come to an end because there is nothing worse than pulling 90% of the movie and the money to end. The disaster is then! We went through all the possible theaters in the country where we could be shot and it turned out that the Yambol Chitalishte building where the local theater is playing is the most appropriate. In the city I met more than beautiful.

Here are the city administration, the community center, the theater, some friends … The film organizers said that the distance from Sofia to Yambol is three hours by car and we can bring players quickly. Actually, I really wanted to shoot in Vidin, but there were some pieces that fell from the ceiling of the local theater, and the city trip was longer and it was tortured.

Sometimes there are some extraordinary considerations that predominate …

– With what budget did you shoot the movie?

– Usually NFC offers about one million pounds for such a movie, which is small. Our concern was to find the rest of the money. We co-produced with Ukraine, with Odessa Kuzoudia. The Ukrainians were mainly involved with their wardrobe and rich closet, they had good postproduction … They helped, albeit with a very small amount. I filmed the film with one million and 400 thousand lei.

– Again, take pictures of your favorite actors Penko Gospodinov, Stefan Valdobrev, Joreta Nikolova … Why is not there Deyan Donkov who shone in your previous film "Sinking Sozopol"?

– As much as my favorite actors, they only enter my movie when they play a role. Not that Deyan can play a role, he can play everything. I think we've chosen the right team. Penko Gospodinov is a great success for the role of the director, and Stefan Valdobrev – for the role of a crazy captain.

– And Maya Novoselska does what she does in this serious film with her gray comedian?

who does not remember the text, so he works on the wardrobe, launches clothes …

– Bulgarian films are constantly winning prizes at international festivals – they are not the biggest – but they can not fill salons as before 1989. What should films do to attract audiences?

– The distribution of Bulgarian films should be done according to new rules. Now they are forced to pay monstrous taxes to be displayed in malls. It's about 50-60 thousand leva. American blockers come with this subsidy. And we do not have that much money. NFC supports the distribution of 20-30 thousand lei. Against this money distributor, he projects the film in 1-2 cinemas. My battle is now "far off shore" to be presented in all the cities where there are theaters. I know that in Sofia we will gather audiences – mainly in cinemas recognized as ours – the G8, Odeon, the House of Cinematography and the small salon within the Ministry of Culture. They feature films under much better financial conditions than malls.

But there is another point. I constantly meet people who say that the new Bulgarian films are heavy. When I ask them what movies they've been watching, it seems they did not see one …