Etar defeated Vereia 1-0 as a guest 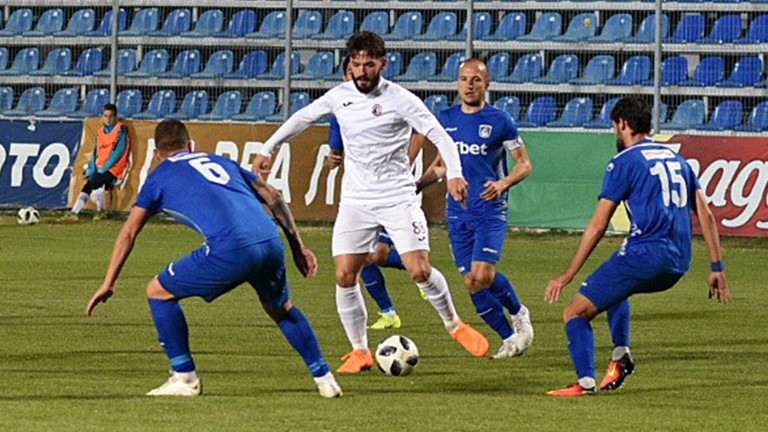 Etar's team won a very important victory tonight on a visit to Vereya in Stara Zagora in a 15th round of the first league. The only shot was made by Florent Bojaj in the 84th minute.

Florent Bodzaj made the only goal in the game

The two opponents failed to impress in the first part of the game. Serious situations in front of one of the two doors were almost gone, and the best goal for 45 minutes came in 15, when Flo Bodjaj fired a good shot shortly before the arc of the penalty field, turned from technically and pulled very strongly at the strike door. Georgi Georgiev, however, was careful and shot the ball. Shortly before, Georgi Sarmov did a good job of his goal, but the ball was easy to reach for Stara Zagora goalkeeper. 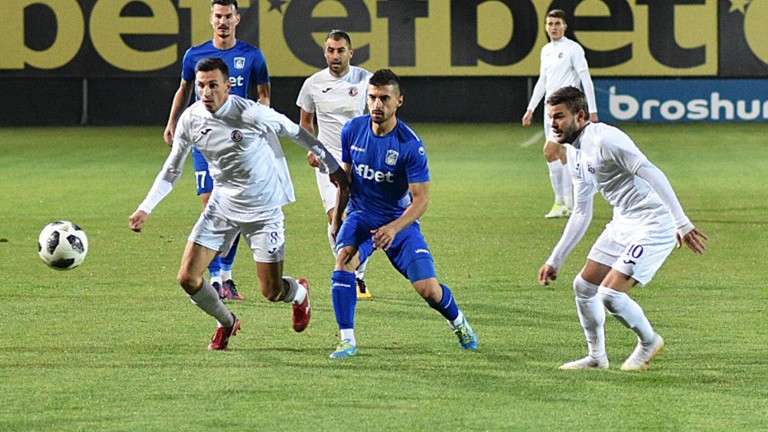 In the 25th minute, Violett's headquarters called for a punishment. Dimo Atanasov headed the ball to the opponent's door and turned into a Kurupis hand. The chief judge found that he had no intention in his act and did not indicate the white point.

Seconds before the final signal for the first part, Kurupis could have scored a curious goal after trying to release the ball and flew very close to the door. So both teams withdrew to leave without a score.

At the beginning of the second half, Nikola Kolev was shot in a bottle-throwing position after receiving the ball immediately at the door. But the globe flew over the crossbar. Four minutes later, Krum Stoyanov fell into the penalty area after a match with Dino Martinovic. Real time did not see if there was a mistake. And the chief judge went through the situation.

In the 55th minute, Zdravko Iliev entered the penalty area of ​​the violet, then immediately took a step in a corridor to striker Dino Martinovic. He did not reach the ball and the danger from the door of Hristo Ivanov passed. 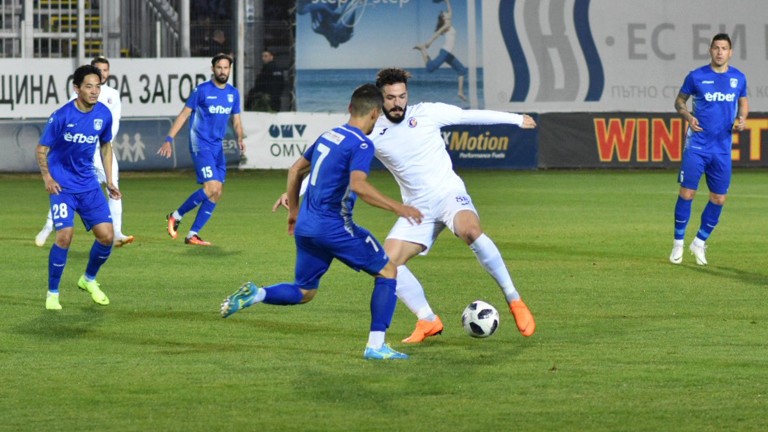 76 minutes had elapsed when a great chance for Alasana Mane to take the lead after a good centering pass from the right, but the ball went wide. In the 80's, Flo Bodzaj brought Dimo ​​Atanassov into a penalty kick, but his head was quite inaccurate.

In the 84th minute, the logical event eventually happened, and the "violet" led to the result. Floo Bodjaj managed to cheat Ivo Ivanov, and Georgi Georgiev, with a precise diagonal, exceeded 1: 0, which was the final result.

After this victory, Eter is already seventh, but with an equal number of 21 points with the sixth Black Sea. Vereya stayed fourth in four.