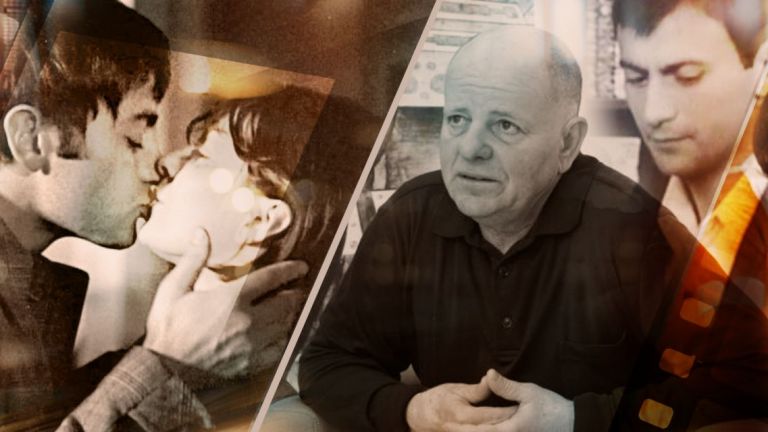 “If Philip Trifonov had been born in Italy or France, he would have been a world-class star. Khan would have greeted him on his red carpet, the Kodak Theater would have applauded him …

But he had deceived his time and his homeland. And here he was a favorite of the public, but not of the heads of cinema and theater, because he was not Major Deyanov from “Every Mile” – like Stefan Danailov, or the intelligence officer Emil Boev – like Kosta Tsonev …

He did not have heroic roles for which he would receive the Dimitrovski Awards or the title of People’s Artist … “, says the writer Mihail Veshim, son of the great playwright Georgi Mishev, who is the author of the screenplay of the film” The Boy Gets Away “, with which Filip Trifonov will stay forever in the memory of viewers. 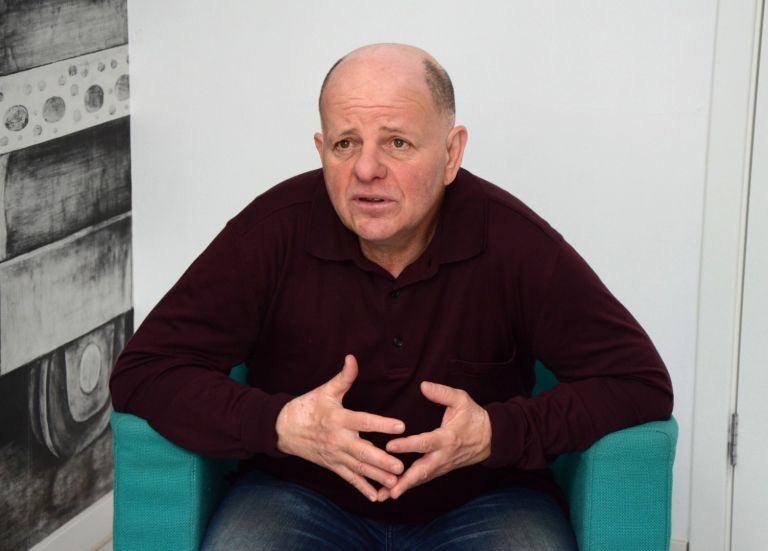 – Filip Trifonov became a star in the films written by your father, Georgi Mishev “The boy leaves” and “Don’t leave”. What do you remember about this period?
– I was small, I was ten years old, but I remember very well young Philip – both on screen and live when he came home. The screen looked great, there are people he loves the camera – Philip was one of them. It is a discovery of Georgi Dyulgerov, his first student role was in his short story “Exam”, based on a story by Nikolay Haitov. Lyudmil Kirkov must have spotted him there to take on the role of Ran in “The Boy Goes Away.”

My father liked him very much in this role, he found him the most suitable. I heard him say, “I was like a young man, a little crazy …” because there’s something autobiographical about Ran.

For the film, I remember other quarrels about its launch – the resistance of some commissions: “Why does a student fall in love with a married woman – from where? What example do we set for the younger generation?” These are the criticisms of Pavel Vezhinov, who at the Art Council wants to change the finished film and the confectioner not to be married … Hey, such stupidity in those times, ideological considerations for the smallest thing … 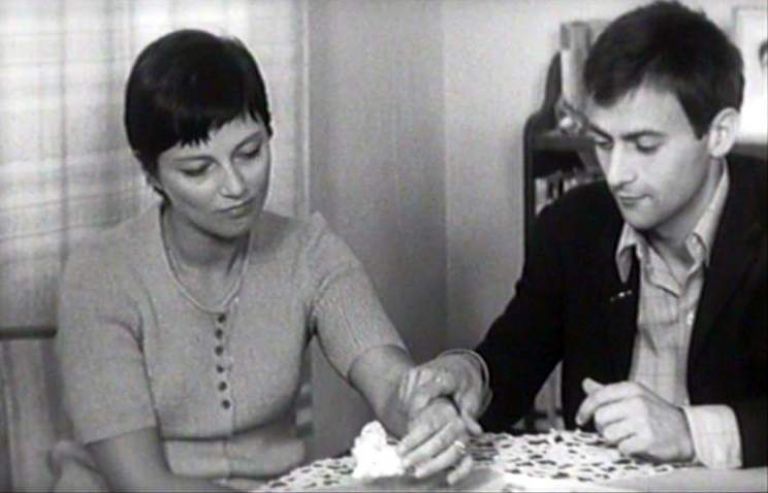 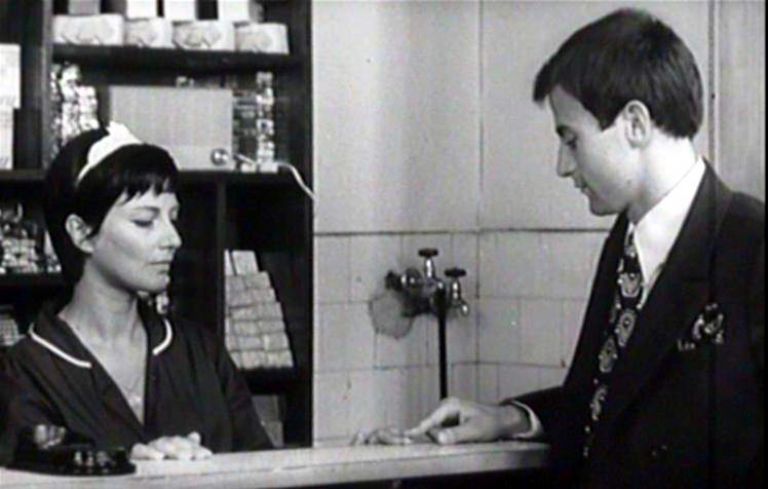 I remember that my father was very angry then and until the last moment he was not sure that the film would be released. They also changed the title – it was supposed to be “Hat on a stick”, but it became “The boy is leaving”.

As it turned out, this change of title was for the better – later came the sequel “Don’t Leave” … And viewers remembered Philip Trifonov as that eternal boy who shyly wants “One God of the Six “. . 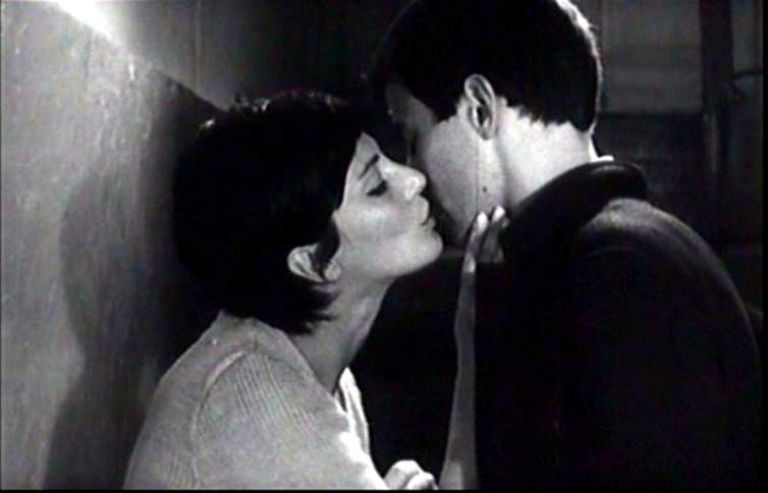 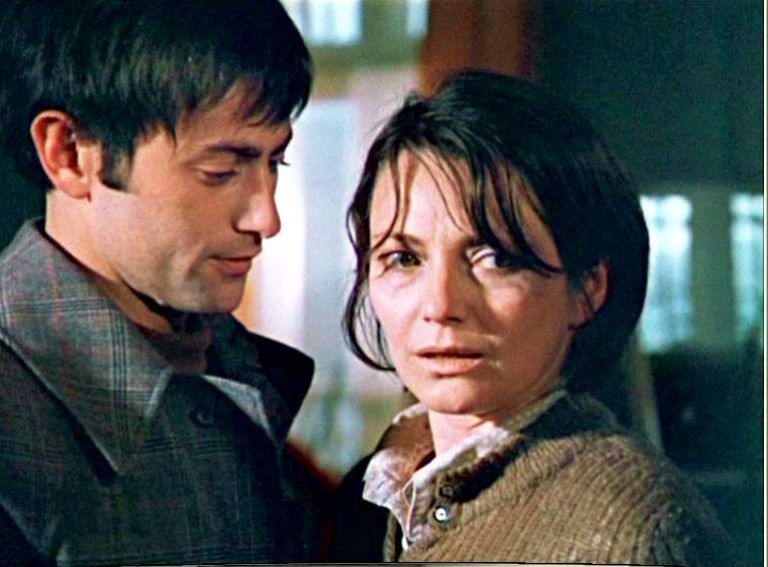 With Nevena Kokanova in the movie “Don’t Leave!” (1976), directed by Lyudmil Kirkov 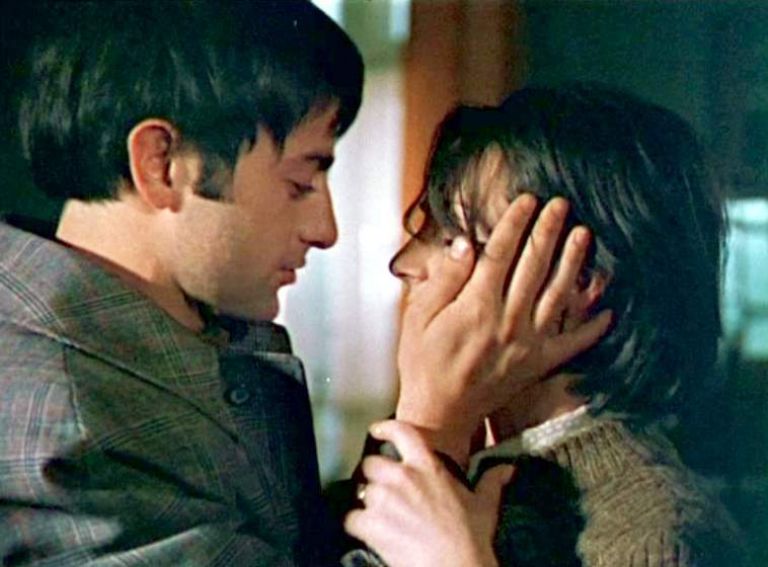 With Nevena Kokanova in the movie “Don’t Leave!” (1976), directed by Lyudmil Kirkov

– He participated in another film written by Georgi Mishev – “Counting the wild rabbits”.
– The film is directed by Eduard Zahariev. There, Fipo plays not a main role, but a secondary role and does a great job. If at the time there was an award for the supporting role at the Bulgarian film festivals, Philip should have received it for “Rabbits”.

By the way, Filip Trifonov does not have an award for a male role at the Varna Festival – then they always rewarded other actors because they played the partisans, Georgi Dimitrov or Khan Asparuh … Conjuncture … 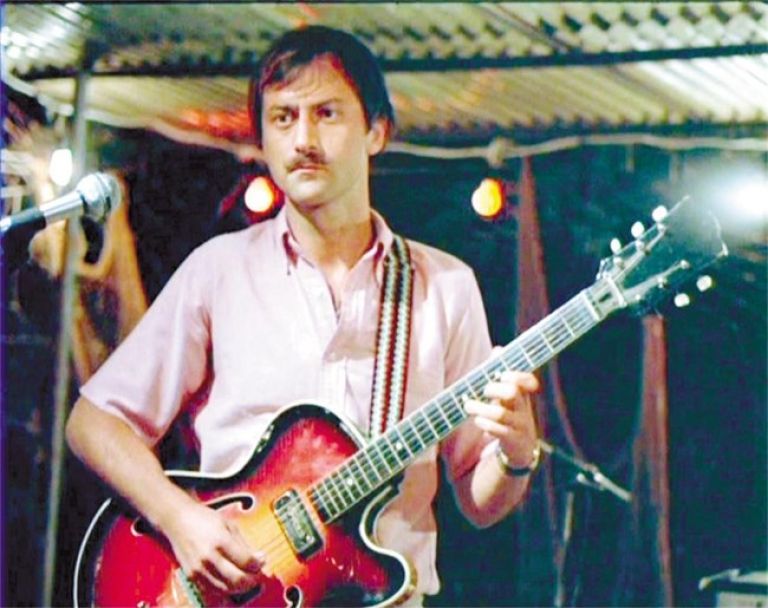 In the film “Nameless Orchestra” (1982), directed by Lyudmil Kirkov 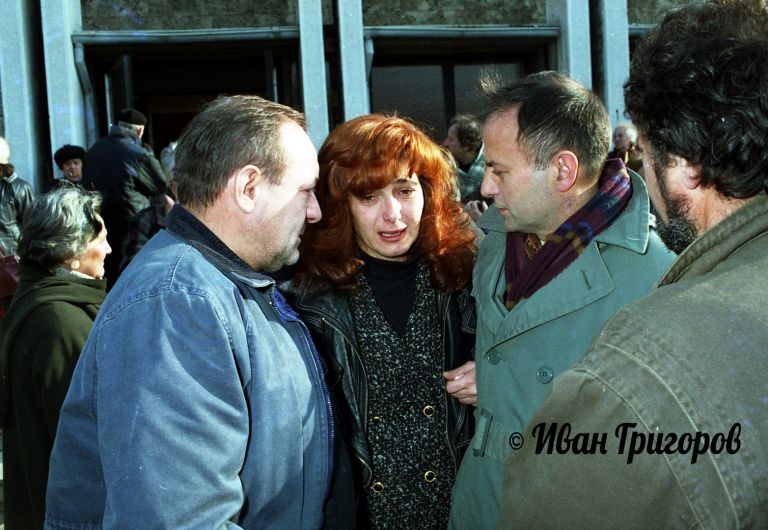 December 14, 1995 Together with Katerina Evro and Anton Radichev at the funeral of director Lyudmil Kirkov (Photo: Ivan Grigorov)

– Has she been forgotten by Bulgarian directors lately?
– He starred in more than thirty films, I remember his participation in the “Nameless Orchestra” written by Stanislav Stratiev. Lately, the Bulgarian cinema has not invited him to the photos – new actors have come out, new faces have appeared on the screen. Maybe it’s normal … And Fipo wasn’t easy either.

I intended to take part in the series “The English Neighbor”, but when I spoke to him and read the script, the most unexpected began to change it and add it. He started to offer new and new ideas, which increased the chaos more … So I had to object that in the end, I wrote this thing, there is no need for someone else to intervene as a co-author. Fipo was not offended, but he somehow withdrew and did not insist on a role in the series …

– How did you live?
– After the changes, both the theater and the cinema were at a freezing point for a while, then Fipo went to work in Germany. He worked there at will and when he returned, he did an individual show “Germany, my homeland”, which was interesting and fun. 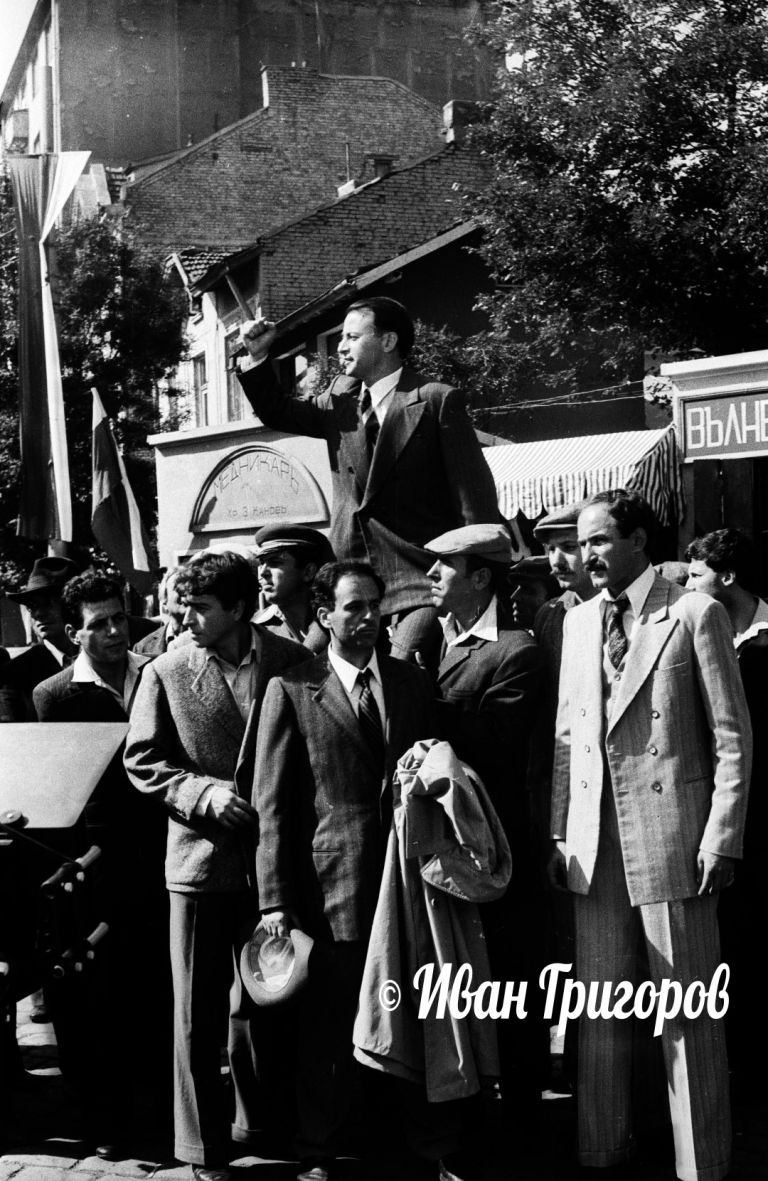 September 1985 During the filming of Borislav Punchev’s “Echelons of Death” (Photo: Ivan Grigorov) 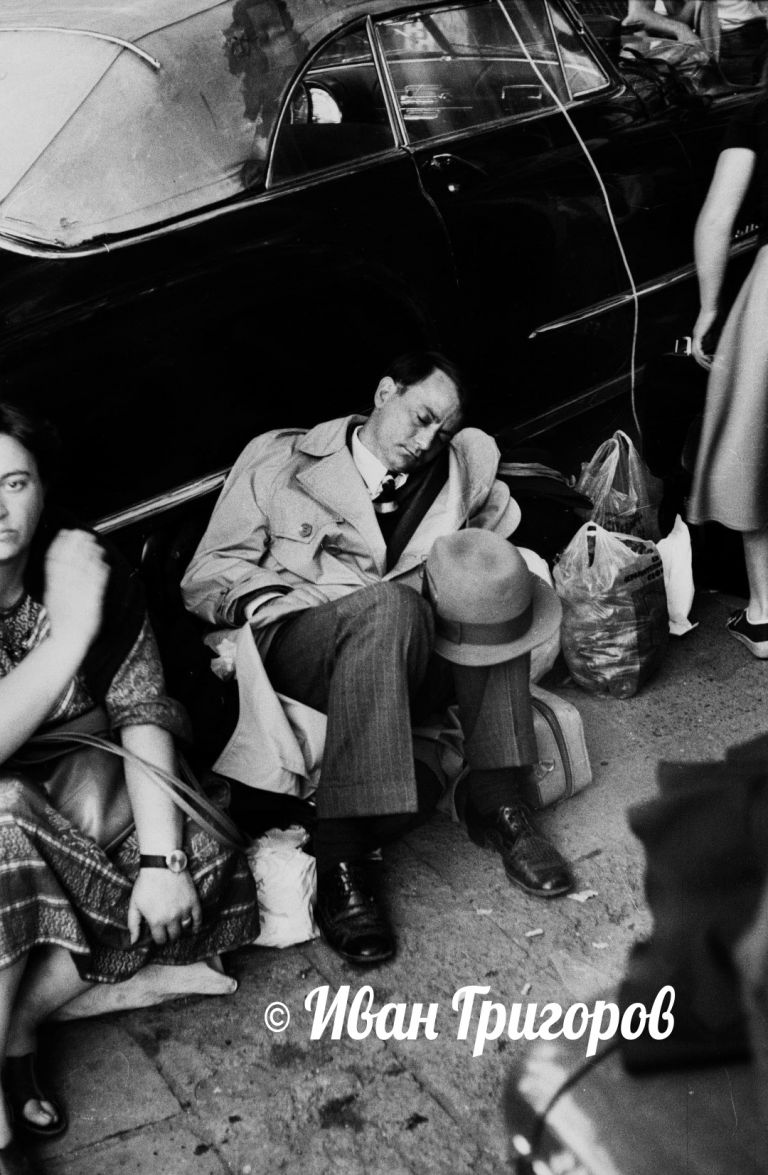 September 1985 During the filming of Borislav Punchev’s “Echelons of Death” (Photo: Ivan Grigorov)

This is how he preferred to sing lately – according to his own lyrics or co-authored with Nikolay Gunderov and Vicho Balabanov – stand-up shows, which gather a small audience in small halls or restaurants. This theater of his had its own charm, but it had no income …

– How is it that in our country the actors who, if they had not been born in Bulgaria, would have world fame, are subject to humiliation?
– If Philip Trifonov had been born in Italy or France, he would have been a world-class star. Khan greeted him on his red carpet, the Kodak theater applauded him …

But he had deceived his time and his homeland. And here he was a favorite of the public, but not of the heads of cinema and theater, because he was not Major Deyanov from “Every Mile” – like Stefan Danailov, or intelligence officer Emil Boev – like Kosta Tsonev … heroic roles due to receive the Dimitrovski Awards or the title of People’s Artist … 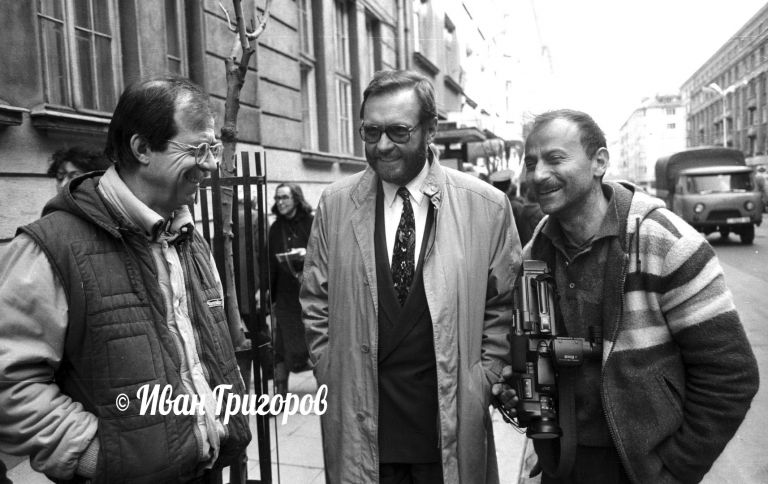 When he reached retirement age, it turned out to be the minimum … Several times he was offered a pension for his special services to Bulgarian cinema and, each time, the hand of a boss deleted him from the list. “I was not one of their people, from the State Security – he once told me – otherwise all the employees of the services have settled …” 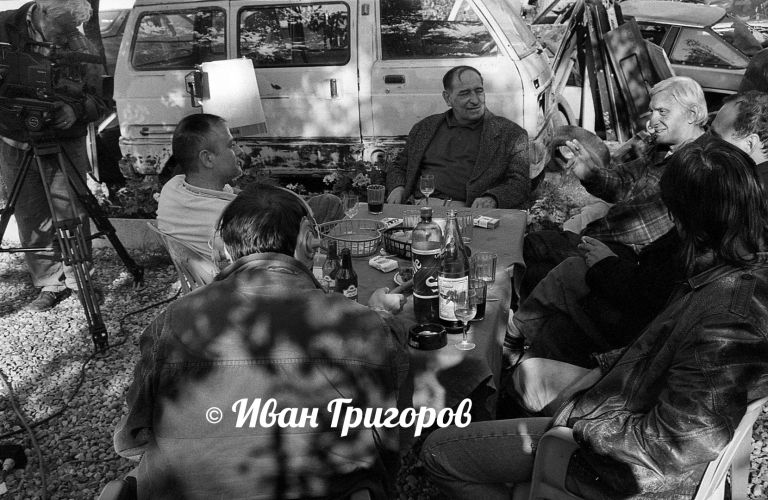 – How did you accept this attitude? Do you think that you have left this bitter and abandoned world?
He did not complain, but there was bitterness in his words. Of course, he took things for granted. He had his own sense of Philiptriphon’s humor … When he didn’t have roles, he started writing … Sometimes he would call me on the phone to read me his funny lyrics. I also released some of these texts in “Hornet” … 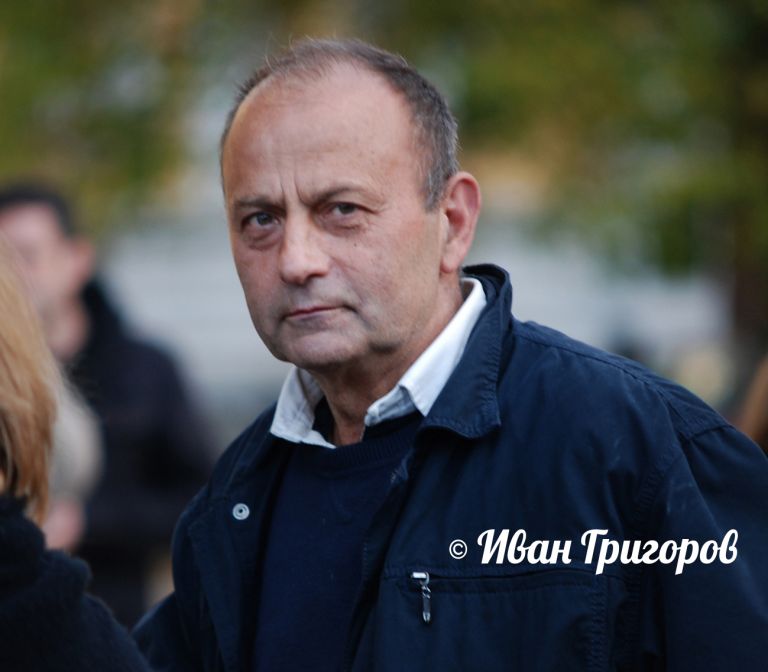 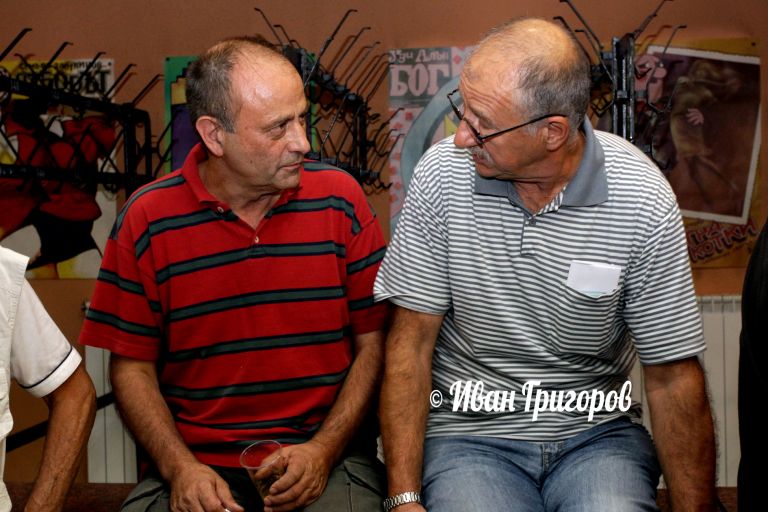 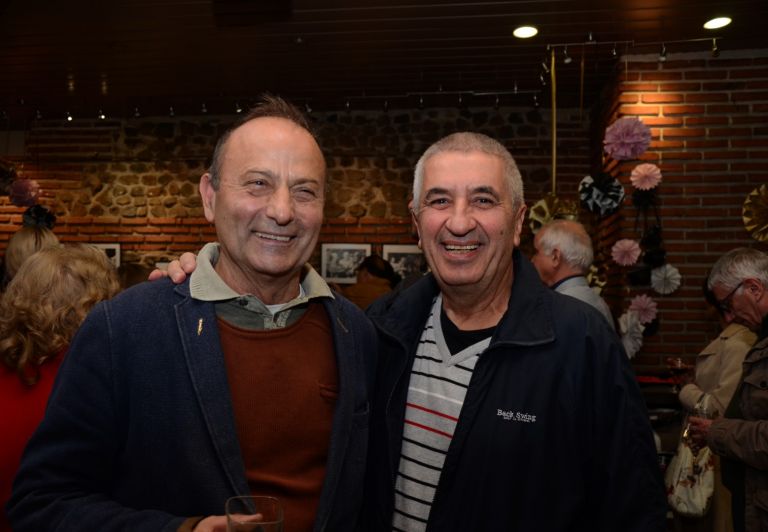 “How will you remember him?”
– As a moviegoer, I will remember him as Ran, the boy who will never leave and stay in the Bulgarian cinema forever …
Otherwise, just like Fipo – the friend with whom we spent happy moments with friendly companies, we joked, we were passionate about some creative projects, the rest unrealized …

He was a brilliant man, may he have a bright memory!

Mikhail Veshim is a pseudonym of Mikhail Georgiev Mishev. He is the son of the great writer and playwright Georgi Mishev.

In 1982, Veshim graduated from Sofia University with a degree in journalism. From the same year he worked for the Starling newspaper, where he has been editor-in-chief since 2003.

In 2008 Mikhail Veshim, together with the satirist Vasil Sotirov, received the National Award for general creativity in the field of humor and satire “Rayko Alexiev”. His novel The English Neighbor is one of two Bulgarian books (along with Zdravka Evtimova’s Bow) nominated for the European Parliament Literary Prize. The novel is the script of the film of the same name, directed by Docho Bodzhakov.

He is the author of hundreds of short stories and serials.