Ninova: While I am President of the BSP, there will not be a big coalition with GERB 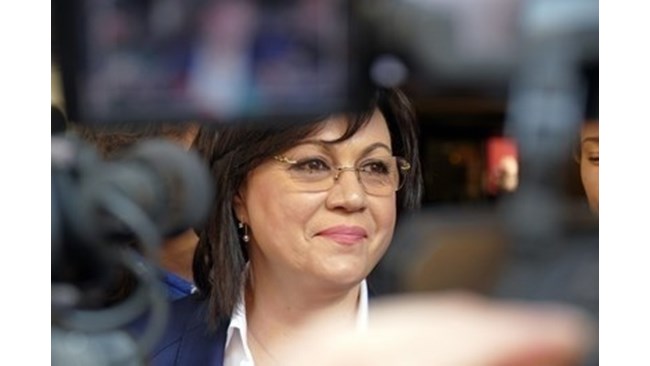 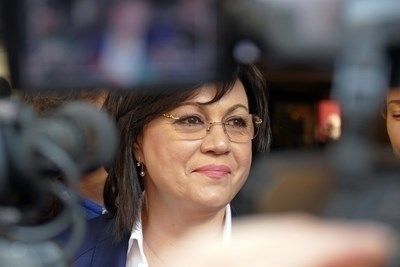 "The" stability "label of this government is no longer going – no system is stable". This was declared the BSP leader, Kornelia Ninova, before Nova TV, the party's press center announced. She explained that when she presented the BSP alternative budget and the comparison with the budget of the governors in northwestern Bulgaria, people told him a sentence that compiled the whole philosophy: "Budget is a budget, but hunger is famine." "This shows the whole picture not only in the northwest, but also elsewhere in our country," she said. The President of the BSP said it was important to freeze politicians' wages for justice, as well as economic, political and moral logic. "The salaries of deputies, the president, the ministers and the parliamentary ombudsman increase automatically with the increase in the average salary." Nowhere in the world of the employee is the salary fixed in this way, "she said.

Kornelia Ninova stressed that BSP has proposed for a third year to recalculate all pensions. She recalled that all pensions were recalculated in 2008 within the BSP government. According to her, the leftist proposal will cost 800 million euros for the budget, and this money will come from increasing the maximum insurance threshold offered by the BSP. Ninova said that the pensions were not updated for 10 years, and the proposed increase from 01.07.2018. with 5%, will be consumed so far by rising prices for water, electricity, heating, bread. She explained that pensioners are the most vulnerable group of Bulgarians, over a million and a half, who live on the brink of poverty. "We are making our Alternative Budget with very clear estimates – where revenue will come and where to go as a cost," Ninova said. She recalled that the government had denied the BSP's previous alternative budget, accusing him of lacking funds for his proposals, and ruining the system. "Finally, they did it exactly and I said," You will get more income of $ 1.5 billion. We have to put them in the budget, recalculate pensions, raise the minimum wage. "They provided more than 1.5 billion pounds of income, but these funds were left out of the budget so that Borisov could distribute them through decrees of Council of Ministers instead of being distributed by parliament ", – commented Kornelia Ninova.

The BSP leader has indicated that the government is planning to increase revenue, but it is not fairly allocated to its needs. "For young families – childcare between 1 and 2 years is frozen, spring aid is also frozen, 12 social benefits are frozen, retirees will receive only 5% increase, some groups' incomes grow, but we think this distribution is not correct and has a pre-electoral element, "she said.

Cornelia Ninova stressed that during the meeting with BSP representatives the trade unions expressed the view that pensions should be recalculated. "They also asked us to present a proposal to increase the unemployment allowance between the first and second readings," said the leader of the left. She mentioned that the BSP opposes the increase in the tax on old cars. As an additional suggestion, the President of the BSP also indicated a differentiated VAT rate for bread and medicines; tax "dividend". "8,000 people, with dividend tax, pay 7 billion pounds, and 2.5 million Bulgarians have a minimum income. Only 5% of the tax is paid out of the dividend and 10% of the salary tax. deep, "Ninova said, adding that there are vicious dividend practices to pay workers' wages under the table without paying social security contributions.

Cornelia Ninova commented that "The vision for Bulgaria" is not a party leadership program but a proposal to society for a new consensus to end the transition management model to unite people despite the differences between the most strategic for our country's priority. As such, she stressed she was facing the demographic catastrophe and the role of the state. "The BSP has proposed such priorities and we travel all over the country to seek support." During the presentation, people come from outside the BSP, and from the right and center who have found something creative in it, she explained.

Asked about the previous session of the BSP National Assembly, Ninova said internal discussion should take place inside the party and not in the media. "There are only two things that have to be known because they refer not only to the BSP, but also to the state. While I am President of the BSP, a major coalition with GERB will not and will fight against the economic or any trade unions the two sides will make every effort not to return the old status and leave the mandates – 3 mandates for a deputy, 2 mandates for a president to be elected by all the members – this is the basis of party democracy that can be transferred as a way of government, in the state, "concluded Cornelia Ninova.

Subscription for print or electronic "24 hours", as well as other editions of the Media Bulgaria group.