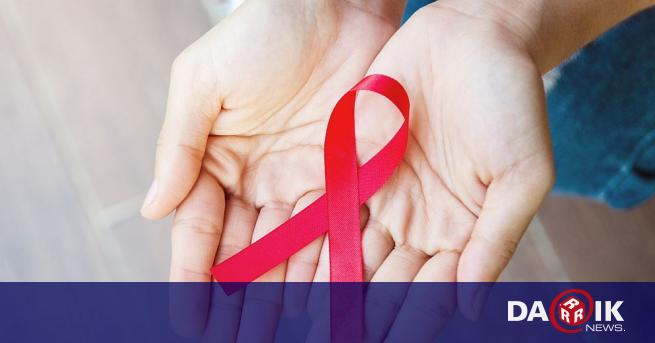 
The City Health Inspectorate is organizing initiatives to mark the European Week for HIV and Hepatitis between November 25-30 and celebrate World AIDS Day on December 1, "Know Your Status," announced the organizers.

Part of the events are free and anonymous research on HIV, hepatitis B, hepatitis C and syphilis in the RHI lab. The research will start on November 23 and will continue until November 30 inclusive. RIS reports that 151 people, 55 of whom are men and 96 women and not HIV, were tested by anonymous tests for free HIV / AIDS testing in their lab from the beginning of the year to mid-September.

There is also a discussion on "How To Protect Against Sexually Transmitted Infections" by focusing on preventing HIV and hepatitis, the family type of children and youth accommodation in Shumen. There will be training seminars on the spread of HIV infection and sexually transmitted infections. These will take place in the five schools in Shoumen – Sofia University. Levski ", Sofia University" P. Volov ", PGASG, PGMETT" Hr. Botev, PGOCHT and will be held together with the volunteers of the Red Cross in Bulgaria.

The campaign also includes the distribution of health education materials and condoms in the central part of the city, the arrangement of showcases at RZI, Diagnostic-Consulting Center I and "Sh. Konstantin Preslavski" as well as the placement of materials on the site sanitary inspection.

National data show that between 1987 and September 2018, 2 876 HIV-infected people were registered in Bulgaria. Since the beginning of this year, 161 HIV-positive HIV-positive have been detected, maintaining the trend of recent years that the number of newly registered men is often higher than infected women. The ratio of infected men and women this year is 6: 1 (139 men and 22 women). This year most affected is the 30-39 age group – 44%, followed by the 20-29 age group – 25%. This year's trend continues to be the path of infection – 90% of newly infected HIV infections have been sexually infected and 9% are infected with injecting drug use.