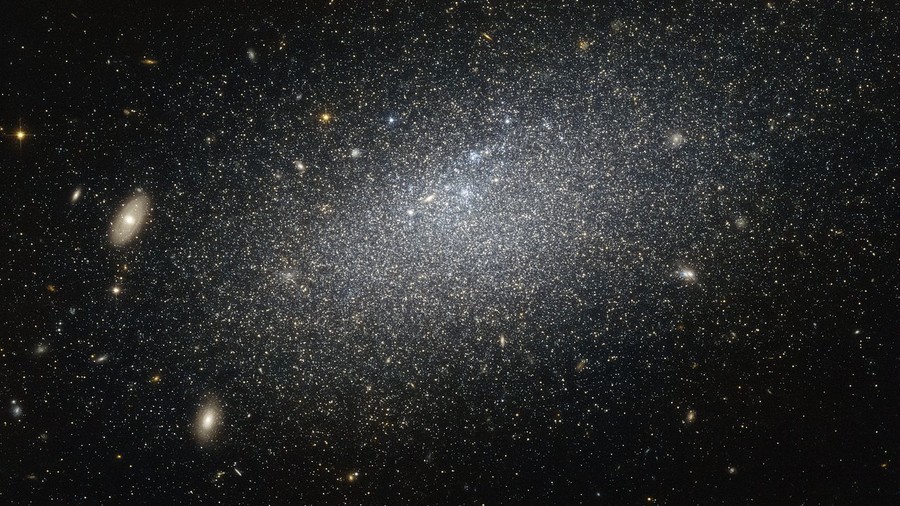 An old star in the Inner Milky Way has triggered a heavenly investigation after astronomers have been willing to notice that something seems to block it out of sight. Possible explanations range from foreign megastructures to space dust.

The strange flicker of the VVV-WIT-07 star confused scientists since it was first seen by a team of astronomers in 2012. Researchers watched the star through the Chilean VISTA telescope and saw it morning for 11 days before it seemed to fade to almost nothing in the next month.

Roberto Saito of the Federal University of Santa Catarina spotted the star for the first time, and team findings were recently published in the Monthly Announcements of the Royal Astronomical Society.

The mysterious spectacle of the star suggests that an object might have blocked it and provide a mystery to the tangled astronomers who can not explain what the apparent eclipse is causing.

"It must have a width of over one million kilometers and be very dense to be able to lock so much of the starlight" astrophysicist Eric Mamajek told Scientific American. Mamajek discovered the infamous star J1407 that is believed to be hidden by a planet-sized object with rings 200 times larger than Saturn's.

Saito's research makes comparisons between VVV-WIT-07 and J1407, as well as Tabby's Star.

Tabby's Star, or KIC 8462852, has long inspired theories that its light is diminished by a foreign megastructure that is orbiting it. In March, new data gathered about the star suggest that diminution can be caused by dust, because different colors are blocked at different intensities.

While the flicker effect observed in VVV-WIT-07 may be caused by a certain type of dust space, nothing has yet been ruled out. Astronomers will continue to observe the heavenly object in the hope of gathering more information about him and the mysterious object that blocks his light.