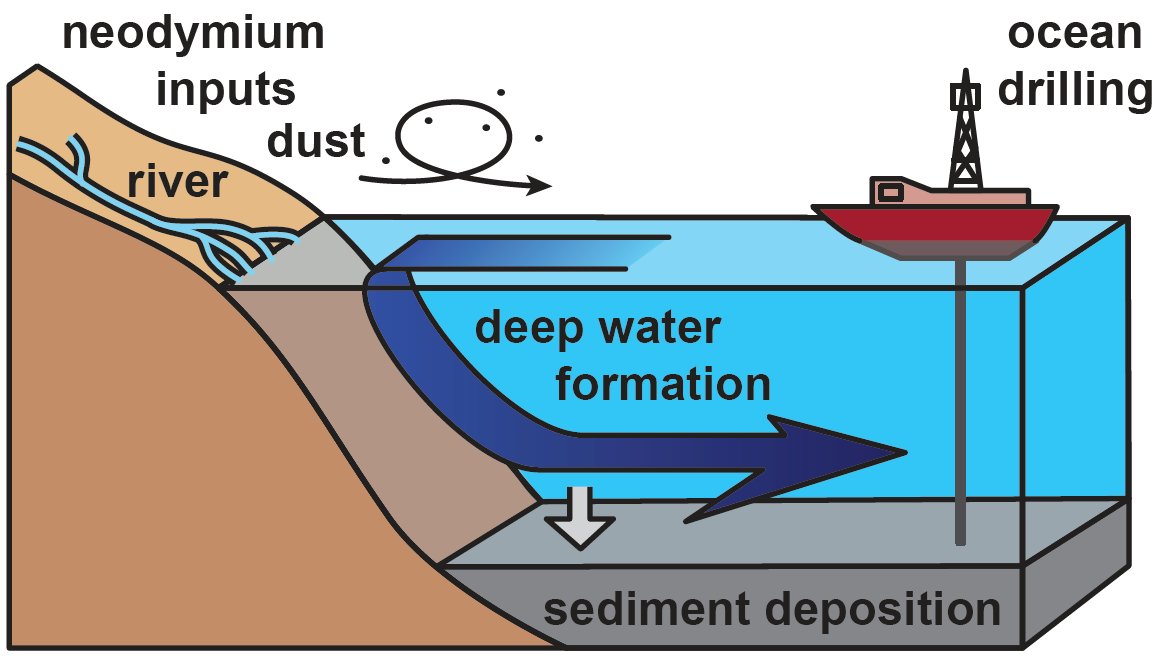 A team of scientists, led by Dr. Sietske Batenburg of the University of Oxford, the Department of Earth Sciences, in close collaboration with the German and British institutions, found that the water exchange between the North and South Atlantic became significantly big fifty-nine million years ago.

Scientists have made this finding when comparing their neodymium isotopic signatures with deep sediment samples in both Atlantic regions. Their work titled "Major Intensification of the Rotation Movement of the Atlantic at the Onset of Paleogene Hearth Heat", published today in Communication in nature, reveals that a more vigorous circulation, along with an increase in atmospheric CO2, has led to a climatic tipping point. With a more uniform distribution of heat over the earth, a long-term cooling phase has ended and the world has headed for a new period of greenhouse.

Isodium isotopes of isodium (Nd) are used as an indicator of the mass of water and their mixing. Surface water acquires a Nd-isotopic signature from the surrounding terrestrial mass through rivers and wind blowing dust. When surface water sinks to form a mass of deep water, they carry the specific signature of Nd isotopes with them. Because the deep water mass flows through the ocean and mixes with other water masses, its Nd isotopic signature is incorporated into the sediment. Deep-sea deposits are valuable archives of ocean circulation and the past climate.

Dr. Sietske Batenburg says: "Our study is the first to determine how and when a deep connection was formed. 59 million years ago, the Atlantic Ocean has truly become part of the global thermohaline circulation, the flow linking four five main oceans. "

The Atlantic Ocean was still young, and the northern and southern Atlantic basins were fewer and narrower than today. The equatorial portal between South America and Africa only allowed a shallow connection with surface water for much of the late Cretaceous period. Active volcanism has formed mountains and underwater plateaus that have blocked the flow of deep water. In the South Atlantic, the Walvis Ridge barrier forms above a volcanic active hotspot. This crest was partly superior to sea level and constituted a barrier to the flow of deep water.

Once the Atlantic Ocean continued to open, the ocean crust cooled and disappeared. The ponds have become deeper and wider, and the submarine plots and crests have sunk together with the crust. At one point, the deep water of the Southern Ocean was able to flow north along the Walvis coast and fill the deeper parts of the Atlantic basin.

From 59 million years ago, the signatures of the ND isotopes in the North and South Atlantic were remarkably similar. This could indicate that a mass of deep water, probably coming from the south, made its way through the Atlantic Ocean and filled the basin from deep deep to intermediate. Increased deep water exchange, along with the rise of atmospheric CO2, would have allowed a more efficient distribution of heat on the planet.

The current rate of climate change through CO2 emissions from human activity far exceeds the heating rate during the past greenhouse climate. Studying ocean circulation during the latest geological geology range can provide clues about how ocean circulation may develop in the future and how heat will be distributed to the ocean currents on the planet.

This research is the result of an international collaboration with Goethe University in Frankfurt; Ruprecht-Karls University of Heidelberg; GEOMAR Helmholtz Center for the Research of the Kiel Ocean; Federal Institute for Geosciences and Natural Resources in Hanover; Royal Holloway University London and Oxford University.

Sediments for this study were taken from the ocean drilling cores. The International Ocean Discovery Program (IODP) coordinates scientific expeditions to drill the ocean floor to recover these sediments and stores sediment cores so that they are available to the entire scientific community.

Continue to explore:
Prehistoric greenhouse data from the ocean floor could predict the future of the Earth