Life banned passengers from Royal Caribbean to jump off the balcony 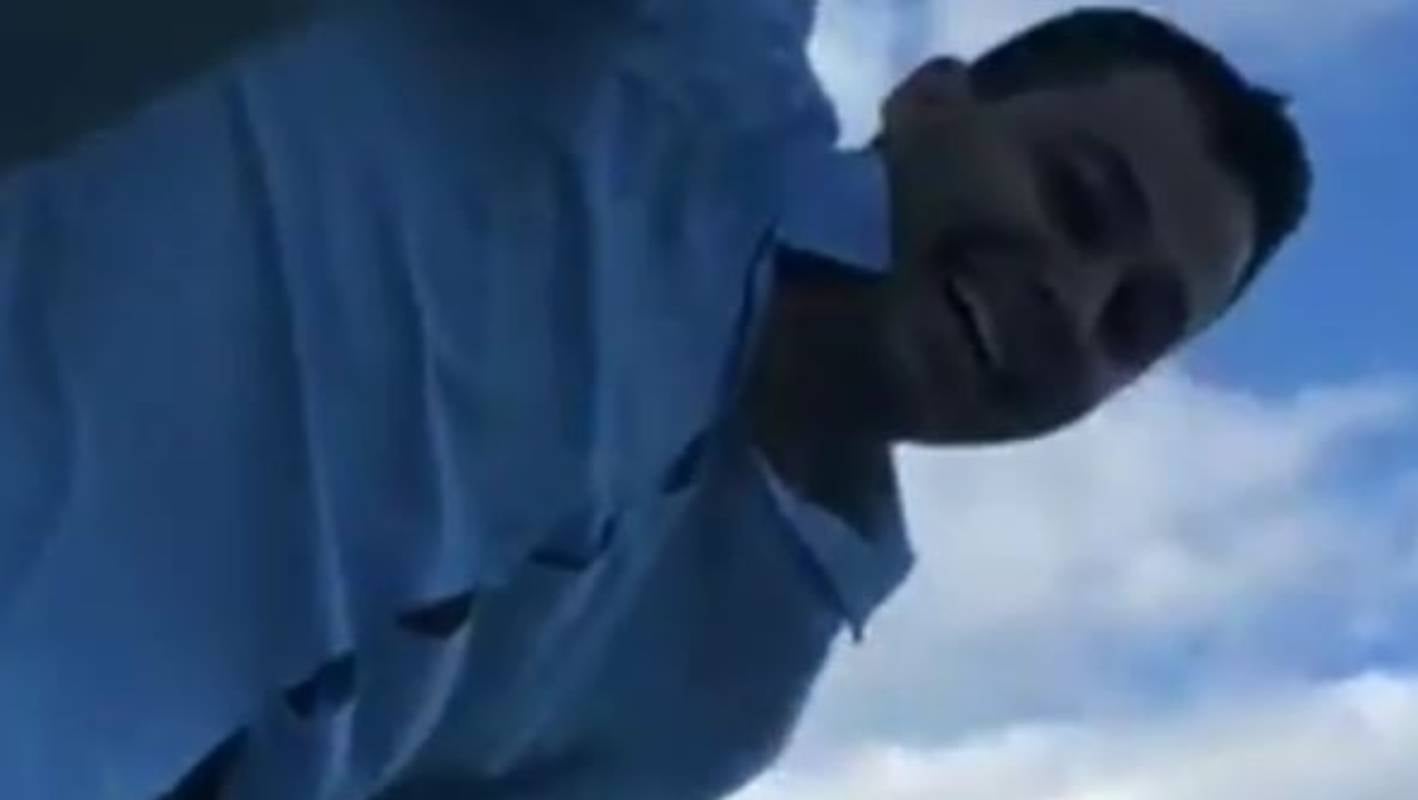 Royal Caribbean has banned a group of men from Canada ever to travel with the cruise line after one of them jumped off a deck of the ship and posted a video about social media stunts.

Nick Naydev posted video on Instagram on Friday, showing him that he was surrounded on the balcony of the Sea Symphony and then jumped into the waters of the Bahamas where the ship was shut down.

The video has over 90,000 views and over 1,000 comments. One of his friends could be heard laughing in the background. Yahoo Lifestyle identified the friend who recorded the video as Konstantin Kryachun.

"He jumped from such heights before and did not really care about the consequences with the cruise company," Kryachun said on the site. "We just wanted to get a video and make it a viral."

A video showing the largest cruise ship in the world.

"I got drunk the night before. When I woke up, I just decided to jump," he replied to a user on Instagram. "My feet were really beautiful. It was my neck and my cock who was doing bad."

Naydev, a former gym coach, did not immediately respond to the messages to comment on the leap, but said in the social media that he "never felt any more alive."

Social network users quickly turned to Naydev's stunts, others condemned him, while others praised him.

One said: "This guy thinks this stunt will bring him some kind of legendary status on the internet … It's wrong! It turns out you're a complete moron."

Another user said, "Congratulations, you made the news and Royal Caribbean banned you for life … Courageous things I'm glad you survived."

It is unclear what happened after Naydev landed in the water but replied to a user that he was taken by a small boat.

He also said that "my whole group was kicked out and I was banned from life on any cruise" and had to take a flight back to Miami. In another post that shows him on the Nassau beach with his friend, Naydev wrote: "We could barely go for three days, because my ass was so bad.

"This was a stupid and reckless behavior and he and his comrades were forbidden to ever sail with us," Torres said in an e-mail to Sun Sentinel. "We are exploring legal action."

The incident comes immediately after the news of a 16-year-old South Pacific boy who fell to death while trying to climb the balcony of another Royal Caribbean ship, the Harmony of the Seas. The incident occurred on January 11, when Laurent Mercer tried to access the balcony of his room in an adjacent room, while the ship was docked at Labadee, Haiti.