The man jumps off the Bahamas cruise ship, forbids life 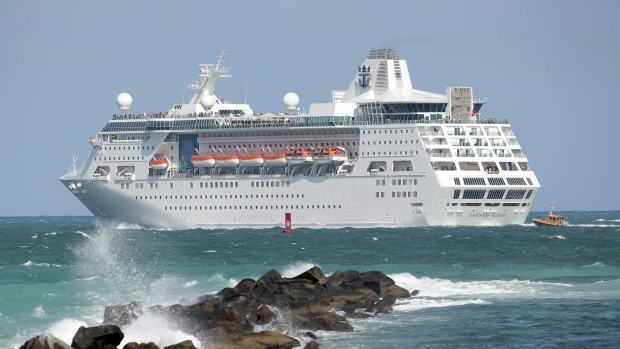 MIAMI – Royal Caribbean International says it issued a life ban for a man who jumped off a cruise ship in the Bahamas.

Sun Sentinel reports that Nick Naydev posted the video on Instagram last week, showing him to sit on the balcony of the Sea Symphony and jumping. In the comments section, Vancouver, Wash., Estimated he jumped off the 11-story deck more than 30 feet above the surface of the water.

Naydev says he and his friends have been given the ship and had to fly back to Miami. He says he was hurt for a few days after the jump, but did not report serious injuries.

A Royal Caribbean spokesman called the extremely dangerous incident and confirmed the ban on life. The company also says it is also investigating legal actions.