Banco de Chile is working on a four-party payment model 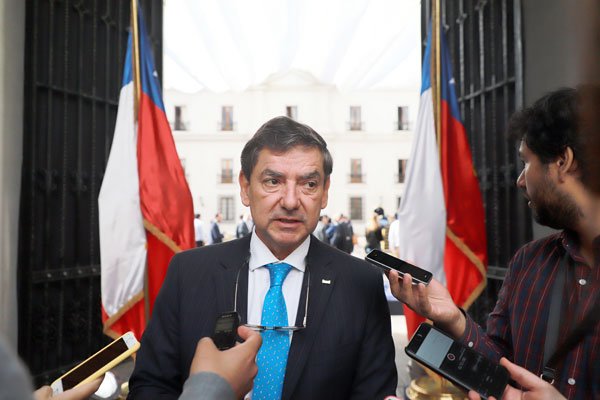 However, the company's president has excluded his withdrawal from Transbank.

Banco de Chile, President Pablo Granifo (presented), approached the future of Transbank, Redbanc and Nexus following the adoption of the Banking Act. This, in view of Santander's intentions to sell its stake in these companies, which also holds the Banco de Chile, and develops its own procurement network.

Granifo said Banco de Chile "is trying to build a four-part model that is what reigns in the world and I think we will have medium- and short-term news."

According to the Central Bank regulations, a four-part model in the payment system is one in which four different actors operate: cardholders, traders, issuers and buyers.

However, with regard to the eventual departure of the entity in the ownership of Transbank, Redbanc and Nexus bank transfer support companies, the entity's chairman gave up. "It's not within the evaluated ideas."

Chief Executive Officer of Banco de Chile said the idea they have in the company is to move to a four-part model because "they are models that industry has."

Granifo defended the role of Transbank, Redbanc and Nexus as bank transfer support companies. "They have achieved a solidification goal for the industry as a whole and I believe that this principle should continue to prevail," Granifo said.

He added that it is possible to move towards a four-part model, while maintaining a stake in Transbank's structure. "You can move on in different ways and that, we think it is one," he said.

Currently, the card market operates in a different way, with a unified system in which all brands, such as Visa and MasterCard, operate jointly those who grant a license to banks with the power to issue plastic with the associated brand and to acquire the Business Affiliate Objective.

The processing and trading processing functions on the issuing side are performed by Nexus. While the acquisition is carried out by banks through Transbank.

Transbank's activity – and which was questioned by TDLC – is responsible for operating and processing transactions, as well as for affiliation and relationship with adhering trade. He collects the fee charged to merchants, transferring it to the banks and charging a fee for the service. Another task is to receive revenue from the fixed fee for merchants by the authorization and electronic capture service, calculated on the basis of the number and type of SOP.