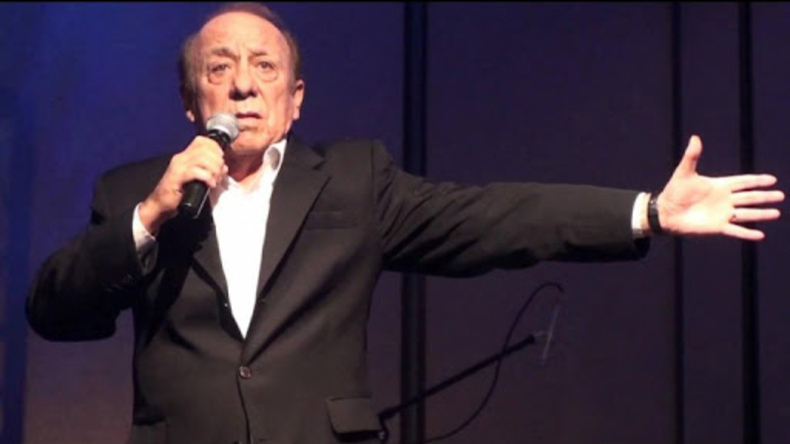 Strong accusations against Buddy Richard they played former partners, who pointed out that the singer beat them to levels of great brutality.

The first testimony was from the interpreter’s ex-wife, Rita Gongora, which related to Biobío events that have taken place constantly since they became known in the early 1970s.

“From the 30 days, he spent between 3 and 4 on the plot. He would go to Santiago, according to him, to work and returned in a lamentable state of alcohol a few days later. There began the aggression, violence, scribbles, insults, blows, combinations, hair crawling. I was alone on this plot, at first with only one daughter “, she remembered her experiences on a plot in Peñaflor, where they lived a large part of their marriage.

In her story, she said that Ricardo Toro (Richard’s real name) was following her with a rifle. “She was watching me pulling twice in the air, happy. Do you know what this is? I running around the plot and he shoots in the air. Another time, he pulled out a knife and I went to the cradle of the little girls and there he tried to scare me with the knife. He is a very vicious person. “

Other acts of violence were repeated attacks. “She stood up again and swayed to hurt me. I had thyroid surgery, I went to the clinic, and after I was discharged, when I got home, something seemed wrong and he threw me out of the kitchen, which had about 6 steps up and down, with the patch still on his neck. He also fractured my face and told the doctor that he did it with a tennis racket. The doctor looked and said nothing. “

Who became part of the accusations was the Argentine comedian Beatriz Alegret, who was the singer’s partner for two years.

“I left the country and returned after three years. But from all I have suffered, I know that Rita has suffered much more. he is a beater, a beater. And if you went to the police at that time, they did nothing, “he said.

Finally, he noted that “it was like a kidnapping in the countrys. Being with Buddy Richard means being with an aggressor, aggressor, “he added.