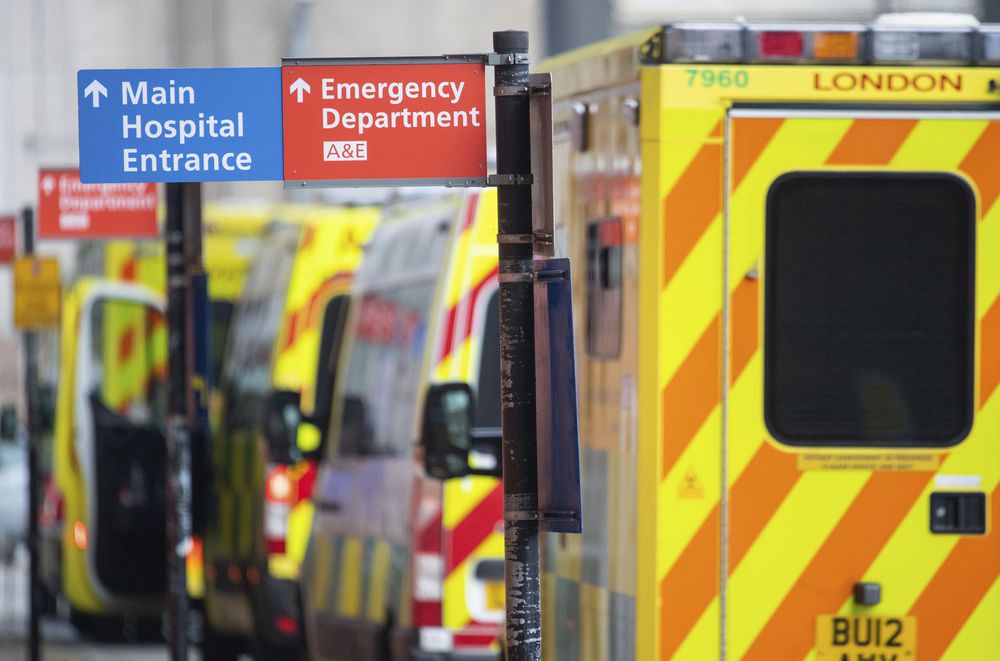 The Labor mayor of London pressed the red button before the hospitals overflowed with cases of covid-19. Sadiq Khan approved the declaration of a “major incident” on Friday, a cry for help from the government to deal with the third wave of the virus, aggravated by the rapid spread of the new strain originating in the south of England. “We declared a major incident, because the threat posed by the virus to the city reached a moment of crisis. If we do not take immediate action now, our National Health Service (NHS) will be overwhelmed and more people will die, ”said the mayor.

The major incident is defined as “that event or situation which involves a wide range of serious consequences and requires special measures implemented by several emergency response agencies”. In practice, it is a statement of urgency. Between December 30 and January 6, the number of patients hospitalized for covid-19 in the British capital increased by 27% (from 5,524 to 7,034). Respiratory fan use increased by 42% (from 640 to 908). The daily numbers of hospitalizations in London currently exceed 800 people, enough to saturate a hospital like St. Thomas, one of the largest in town.

Central London has a population of nine million, but is added to its metropolitan area, which is called Great London, reaches thirteen million people.

The drastic isolation measures imposed by the Boris Johnson government across England last Wednesday serve a single purpose: to save the NHS’s response capacity, which currently receives 35% more people affected in some parts of the country than in Covid-19. the peak of the first wave last April. “We are not sure that the NHS will be able to withstand a sustained increase in cases unless more severe action is taken and there is a significant risk that it will be overwhelmed in some parts of the country in the next 21 days,” they said 24 hours. before Johnson announced his decision, in a joint statement, the four chief medical officers of England, Scotland, Wales and Northern Ireland, the four territories that make up the United Kingdom.

The London ambulance service currently performs about 8,000 services a day, compared to the average of 5,500 that would be common at this time in any other year. “Our heroic doctors, nurses and our staff are doing an extraordinary job, but with cases growing so fast, hospitals are on the verge of saturation. The real reality is that we will run out of beds in two weeks if we do not drastically reduce the spread of the virus, “Khan warned. One in 30 London residents is currently infected with the coronavirus, according to a study published earlier this week by the Office for National Statistics.

¨ The situation has a real gravity. The workload is plentiful. In my hospital alone, we have 120 patients admitted to the ICU, when the limit is 150 ″, said Rupert Pearse, head of the Department of Adult Intensive Care at Royal London Hospital. “If we exceed this number, I do not know what we will do. We do not have a protocol for a similar situation, only we are expected to continue to care for these patients “.

The situation is not the same in all hospitals in the city. In an internal letter to all associate doctors, the chairman of the Royal College of Physicians, Andrew Goddard, mentions that North Middlesex University Hospital now owns 63% of its beds occupied by covid-19 patients, while Derby Hospital has only 21% . “Being three times as busy as I am now is crazy and, to be honest, very scary,” says Goddard.

“The situation is honestly difficult and all hospitals are under a lot of pressure,” an internist working in London told EL PAÍS, but preferred not to be identified. “Of course, we had to reorganize the hospital to be able to care for patients with covid-19. Consultations are canceled, everything is done by phone if possible and surgeries are rescheduled, except for urgent ones. Not just for the sake of effectiveness, but because you notice that every day, people admitted for other diagnoses get infected. Just like the medical staff. There is not a day that one of my colleagues is not infected “, he assures, in order to defend, however, the resilience and the” admirable “attitude of the medical staff:” There is a lot of collaboration between all the medical teams. Infected colleagues recover and return to work immediately ”.

Khan wrote to the Johnson government to impose mandatory use of the mask at least in crowded places, such as supermarket queues. Currently, the measure is not mandatory on the street or in other outdoor spaces and there are few control measures to prevent many citizens from violating the measure in shops or public transport. The last mayor to resort to the “major incident” statement was Johnson himself in 2011, when police shot dead a black Mark Duggan that sparked a wave of riots and street vandalism in the city.

– Search engine restrictions: What can I do in my city?

– This is how the coronavirus curve evolves in the world

– Guide to action against the disease