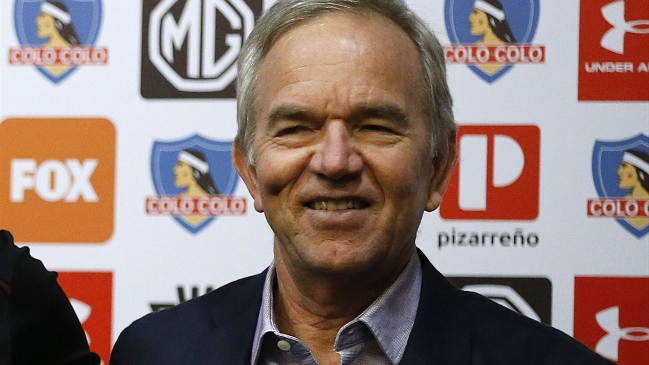 the president Black and White, Gabriel Ruiz-Tagle, he showed that The director of the concessionary who manages Colo Colo he considered insufficient offer made by the Saudi team Al Ahli, who leads Pablo Guede, for the Argentine defender Matías Zaldivia.

"It was an offer for Matías Zaldivia, which was considered insufficient by the Council. So far, Matías Zaldivia is still a Colo Colo player"said the top leader of the" popular "group on Thursday.

For Ruiz-Tagle,can change the situation in Zaldivia. Everyone knows he is an excellent player, it costs a lot to replace him, and it is a matter that we have to solve with our coaching staff and sports management to make the club and player's interest compatible. "

On the other hand, director Blanco y Negro, former president Aníbal Mosa, said "we are very correct in the defense line, we are talking about the player because we are interested in continuing for at least the first semester."

As for the case Juan Carlos Gaete, Ruiz-Tagle He was categorical when he pointed out that former Cobresal "is and will continue to be a Colo Colo player" and warned that on Friday he will have a meeting with the player to define the next steps.

He also said that "there is no decision at the moment about the other players" to strengthen Colo Colo and that "at this moment our sports manager – Marcelo Espina – looks at different cases." Mario Salas wants to strengthen the offensive side and considers different possibilities. "

"We want to take special care not to cover people coming down from Colo Colo. The term expires on the last day, but we do not hurry, we want to contract well, we do not want to cover young people, "he said.