"Hulk" the photosynthetic skin created by a Chilean tissue regeneration

Tomas Egaña, engineer in molecular biotechnology, unveiled the first generation of photosynthetic skin that produces and releases oxygen by stimulating light for regenerating human tissues. It's made from algae. He told Publimetro that "this project has reached this stage after more than 8 years of research."

In a court organized by Image of Chile and the Institute of Biological and Medical Engineering of the Pontifical Catholic University of Chile, the professional who participated in the Hulk project: Hyperoxie Unter Licht Konditionierung (light hyperoxia) developed in collaboration with German universities .

How does it work? 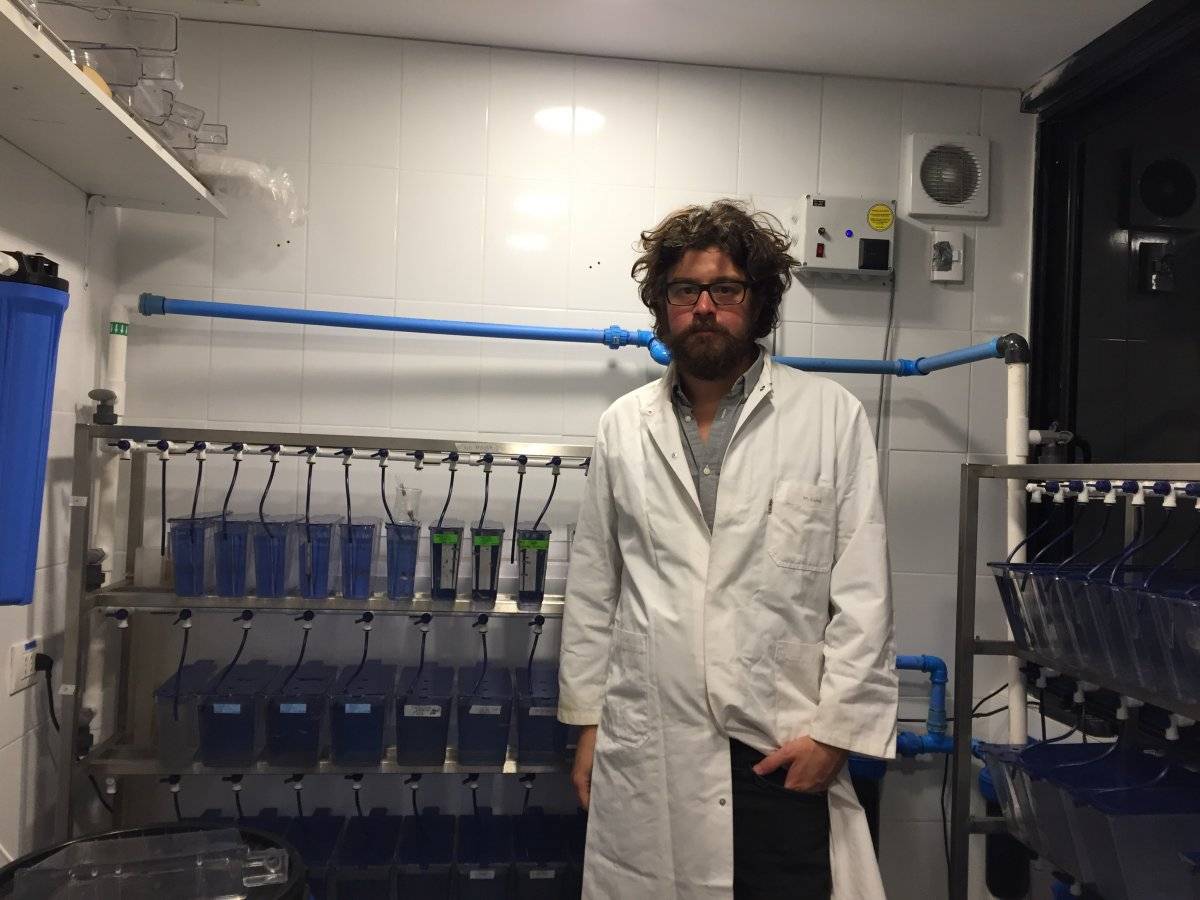 According to Egaña, people's extreme dependence on external oxygen supply is a serious clinical problem because many pathologies are directly related to insufficient oxygenation to tissues.

Paintings such as bleeding, heart attacks and the need for transplantation are just a few of these conditions. To this is added that lower oxygenation affects the survival of a tumor in radiotherapy, the occurrence of chronic wounds and peripheral arterial disease in which blood vessels narrow and interrupt blood flow, causing the death of tissues.

To overcome this limitation and to encourage self-production of oxygen in human tissues, Egaña has implemented a research that included photosynthetic micro-organisms in different systems, demonstrating local oxygen levels over 50 times. "In this context, we created the first generation of photosynthetic materials that produce and release oxygen by stimulating light, thus improving oxygenation of tissues," says Egaña.

The academician explained to our environment that "tests have already been carried out in different organisms, because before we reached the human tests, we had to be 100% sure that it would not cause adverse effects." Although at this time, the researcher believes that "it is difficult to generate beyond an allergy, but we want to be 100% safe."

The scientist and team are working on patents in the United States, Japan, Canada and Europe, while changing the final details to begin clinical trials in collaboration with physicians at Salvador Hospital.

This scientific research is unprecedented globally, so it is an innovation between Chile and the world. "Our country is increasingly positioned as a creator of solutions to global challenges and this is possible due to the creativity and talents of our professionals.

Tomás Egaña and her development of photosynthetic skin are an example of what we can do in Chile, a remote but connected country that thinks it is great and brings world-class innovation, "said Constanza Cea, executive director of Imagen de Chile .

As to the future use of this medical innovation, Egaña points out that "in the United States, only 82,000 diabetic feet per year are amputated, a topic that could change drastically if these tissues produced their own oxygen at That's HULK's offer.

In addition, the specialist told Publimetro that "in the case of people suffering from burns in a high percentage of their body, you can not make skin grafts by themselves, because they do not exist." With Hulk, we could help them too. with that painful process. "