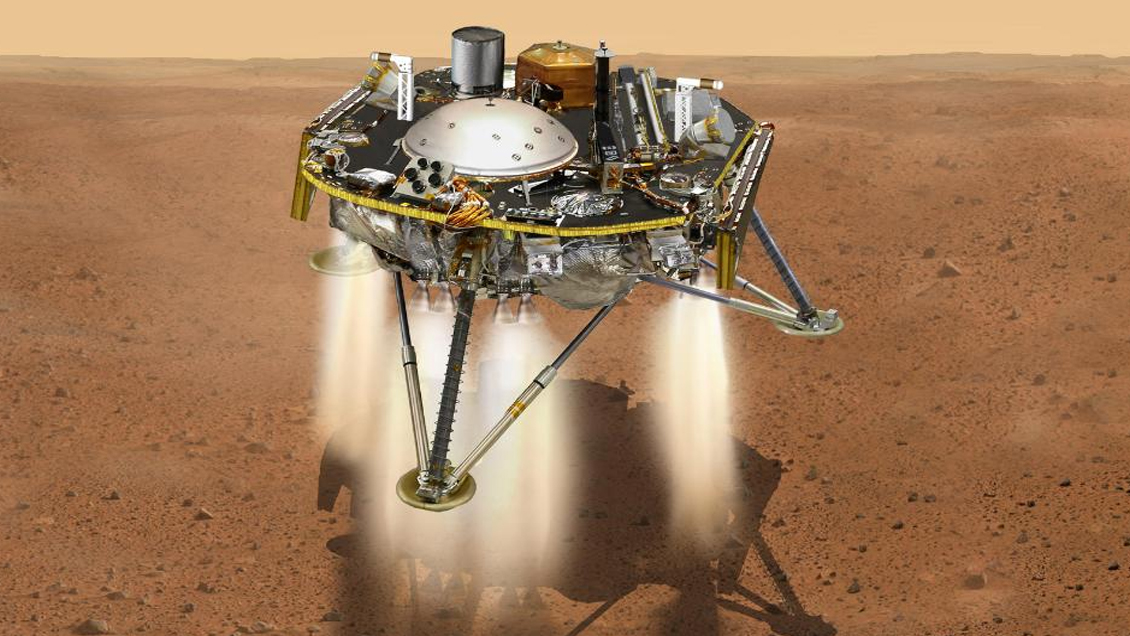 After covering about 300 million kilometers, NASA's InSight mission will reach the surface of Mars today and install a seismometer and a thermal sensor to decipher the "deep inside" of the so-called "red planet."

This stationary module, which took off on May 5 at the Vandenberg Air Base in California, will use a mechanical excavator to drill up to about 5 meters (16 feet) deep and measure internal temperature, in addition to any internal motion using a seismograph.

"It is the first mission to study the deep inside of Mars"He said Efe Spanish Fernando Abilleira, deputy director of InSight design and navigation, and part of the multidisciplinary and international team that makes up the mission.

What is the sound of a touchdown on Mars? After Monday #MarsLanding. @NASAInSight he shouts: "We have succeeded!" Seven minutes later, the spacecraft says it again – but a little stronger and clearer. Discover how we monitor lander signals: https://t.co/9r8VYpHwuk pic.twitter.com/QptZyb75xU

"By studying the wave propagation under the surface of Mars, through its seismometer, we will have more information about how the planet has evolved over the last 3 billion years," he added.

This specialist in the spacecraft trajectory and following the robot's path "Curiosity", who came to the red planet in August 2012, underlines this "Mars landing is very complicated."

After a journey of more than six months, the InSight mission will go through at 15:00 Monday, Eastern time in the US (17:00 in Mainland Chile), the Martian atmosphere and will rest on the surface. A robotic arm will unload the scientific instruments that will be installed on the Martian soil.

It's almost time! In less than 15 hours, I will go through #Martian atmosphere. But before I did, my team changed my flight path last time to make sure I was on my way #MarsLanding tomorrow. Read: https://t.co/6ekCBE2vUW pic.twitter.com/HiejIwCoHb

They are part of the mission, Two Mars Cube A Vehicle (Marco), which for the first time will be tested in "deep space," as Abilleira said, and that, with the help of miniature components, they will try a new method of transmitting information to Earth.

The Insight mission (internal exploration by seismic surveying, geodesy and heat transport) will focus on unpublished research that is expected to provide clues about the origin of the solar system about 4,600 million years ago, and how life was distributed.

InSight mission landing on the surface of Mars You can watch it in the next streaming broadcast from NASA: