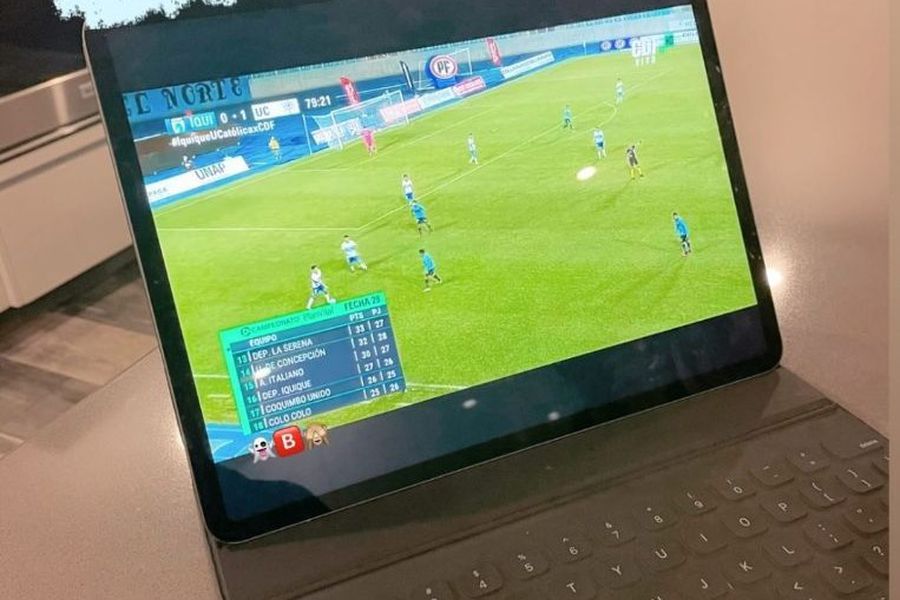 Nicolás Castillo makes fun of Colo Colo. The oppressive sporting moment that Cacique is experiencing, with a serious risk of relegation for the first time in its history, offers the American striker from Mexico another reason to re-float his sporting rivalry with Albos, which has already had several episodes.

The striker celebrated the victory of the Catholic University over Iquique via Instagram. He did this by posting a picture of the match between the Crusaders and the Celestial Dragons, which included the National Championship standings at the bottom of the screen. At the bottom of the chart, below the Cacique’s location, Castillo placed three emoticons to make fun of the delicate sports situation they are going through on the Macul. One, unequivocally: the letter B.

The attacker’s interventions on social networks are often controversial. Not even crossover players were exempt from his references. The most discussed were the criticisms of the student captain, José Pedro Fuenzalida. Chapa praised the greatness and popularity of Colo Colo and highlighted the fans of the University of Chile.

VAR and blues, the other archive of the Crusaders, were also the subject of allusions made by the footballer through one of the most used platforms on the internet.