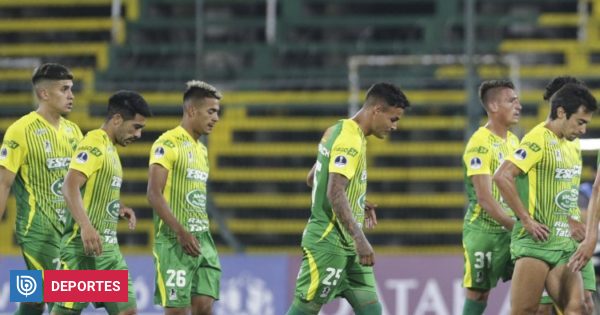 Ministry of Health of the Metropolitan Region, Paula Labra, I clarified that Defense and Justice He will not be able to leave the country because he has to serve a 14-day quarantine due to close contacts on his campus, which amounts to 56 people.

“Regarding the situation, it is important to emphasize that they arrived in Chile on the 6th, they are foreigners and they have to meet the requirements to enter Chile, they have a negative PCR and they did it. To play we make a quarantine exception, but we ask for additional requirements, such as that they be kept in a health balloon and that before delivering this quarantine exception perform an additional PCR, which, with a negative result “We can relieve him of quarantine so that he can train and play the game,” he began.

Seremi specified that the Argentine team did not follow the health protocol when it went out to the training before receiving the results of the PCR tests.

“In this case, they complied with the PCR upon arrival in Chile, the PCR was delivered in less than 24 hours, where they informed us that there are 3 positive aspects. Within the role of the health authority, the competence is to carry out the epidemiological investigation, as we do: with all outbreaks and positive cases. In this case, there were three people with COVID positive, which is an outbreak. It was established that the whole delegation came in a letter, they also went out to train before being quarantined. However, it has been established that all are close contacts. What is the indication, they must comply with a mandatory quarantine of 14 days. A negative PCR does not exempt them from quarantine, because they can incubate the virus for 14 days “, he clarified.

Seremi made it clear that the Defense and Justice team cannot leave the country, let alone play the game for South American Cup in Paraguay, against Coquimbo Unido.

“They cannot return to their country of origin …We have over 4 thousand cases, which have increased … For this reason, more restrictive decisions have been taken. The decision is that they must respect the quarantine in the metropolitan region, for which we have health residences, so that they can do it in a better way, “he said.

“I don’t know if this game is scheduled with other players, but players with close contact must be quarantined for 14 days,” he added.