The brain, the key in the study of chronic cough 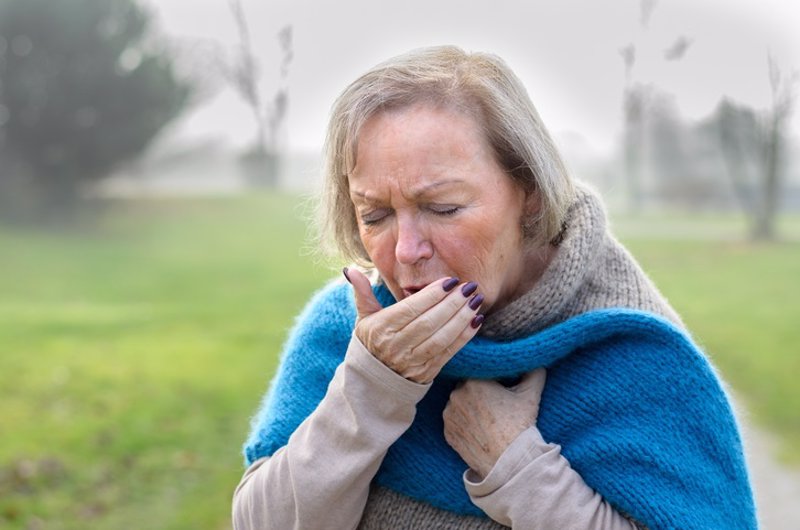 Laryngeal symptoms such as chronic coughing or hoarseness may be caused by compression of the new cranial nerve and ten in the brain coat, according to research by the University of Medicine in South Carolina, United States of America.

While a sudden cough attack is a protective reflex to eliminate the respiratory tract, chronic cough can be caused by several factors that need to be investigated to determine the treatment. Cough is just one of a few laryngeal symptoms, including dysphoric hoarseness and breathing that can weaken the patient.

Until recently, the cause of these severe laryngeal symptoms could not be identified in many patients, and the only treatments were to control them with medication and rehabilitation therapies, "warns the professor of the Otorhinolaryngology Department of the entity and the medical director of the Evelyn Trammell Institute, Lucinda Halstead .

Chronic cough is not just clear a little neck, we are talking about a very strong cough, he says. These people can break ribs or become incontinent due to the force that is being used, which "is extremely debilitating", clarifies.

When a patient has chronic laryngeal symptoms (which persist for more than eight weeks and does not improve with standard treatment), physicians follow a step-by-step protocol to see the most common causes. For example, more than 86 percent of chronic coughs are caused by post-nasal drainage, asthma or gastroesophageal reflux disease, according to research data.

If the history and complete examination does not identify the cause, an otolaryngologist evaluates the larynx. In some patients, it produces an asymmetric voice folding or vocal cords paralysis. The cause is usually a lesion or other structure that presses on one of the nerves that activate vocal folding and swallowing (the nine and ten cranial nerves). Because these nerves extend from the stem brain to the chest, "more research is needed to determine exactly where compression occurs," the specialist warns.

"Laryngeal examination shows that the vocal fold does not open, lengthen or shorten correctly," according to Halstead. For people with vocal cord paralysis, the chest and neck are immediately seen because a mass in the thyroid can squeeze on a nerve and interfere with the signal, or it can be a chest lesion or mass the length of the carotid curl that causes laryngeal weakness, reports.

Otherwise, the cause remains elusive "if ordinary explorations show nothing concrete, it is generally believed to have a viral origin, or it was simply said that the aetiology is unknown," says the university professor.

A STUDENT IS THE PROMOTER OF THE STUDY

Lucinda Halstead's team was inspired by a medical student who showed up at her clinic with serious difficulties to swallow and speak without breath. A laryngeal examination found paralysis in its vocal cords, but later the examinations did not identify the cause.

The patient simply was not to accept I do not know for an answer and he refused to believe that I did not find an etiology of what is happening, Halstead recalls.

For this reason, the investigation was continued, in which no masses were found in the neck or chest. Then it was observed that all symptoms started during a migraine, a vascular event in the brain. Based on the symptoms of the vagal nerve that the patient reported, the hypothesis was lifted from the time the blood vessels dilated during migraine, exacerbates vascularization, compression into the brain stem.

When this has been confirmed by, the patient has opted to undergo surgery to move the nervous vessel. "It was a success," says Lucinda Halstead, "there was a partial movement of the paralyzed vocal fold, and the ability to swallow was completely recovered."

As a result of these events, the team asked how many of the other patients with unexplained symptoms could also have compression in the cerebral cortex. They used retrospective graphic reviews to identify 149 study candidates and, after extensive reviews to eliminate all other causes, they found that 33% had nerve compression in the brain stem.

42 percent of the surgical group reported an almost complete or complete resolution of the symptoms, compared with 8 percent in the non-surgical group. During a three-year average follow-up, non-surgical patients (60%) showed no significant improvement or worsened symptoms compared to 13% of patients with surgery.

This study shows that "when a cause of weakness of vocal cords is not identified in terms of standard work, the next step may be to observe the brain," Halstead concludes.