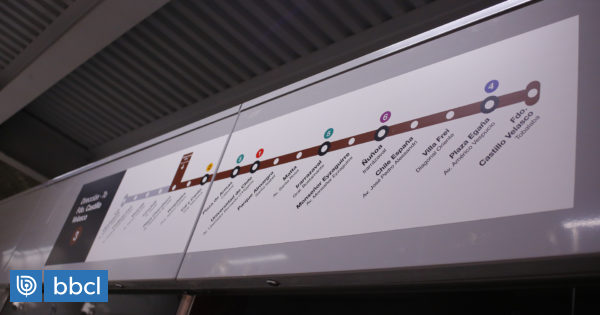 By the end of 2018 or early 2019, the first tranche of the new one Line 3 of the subway, which will unite the communes of Quilicura, Huechuraba, Independencia, the center of Santiago, Ñuñoa and La Reina.

That's why, on Saturday, in the midst of recreational activities for Independencia residents, various authorities gave details of Plaza Chacabuco, located at the intersection of Avenida Independencia and Hipodromo de Chile.

Undersecretary of Transport, José Luis Domínguez, stressed the structural character of the new model, because it will connect to the already built lines and those designed for the future.

"With the expansion that will be made, it will have the longest duration and it will have connections with all the others," he said.

On the other hand, Metro de Santiago general manager, Rubén Alvarado, announced that it is a twin line 6 implemented in 2017.

"Technological will work the same way. We are in the configuration," he said.

Also, Communist MP Karol Cariola assessed the benefits he will bring to older people using the Bip Card for the elderly.

"With the subway cut, they will be able to use it efficiently," he said.

This new version includes three new stations that will be ready in 2022 and will reach Quilicura Plaza de Armas. Up to now, advances reach about 97% of the construction.