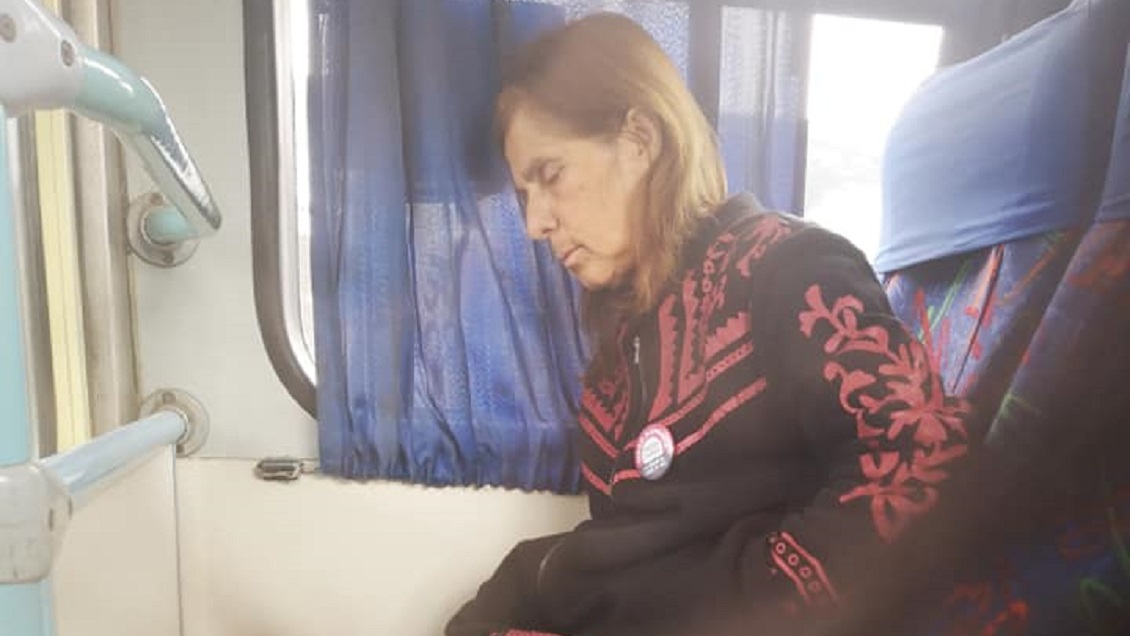 Mario Núñez is a Cocomimbo bus driver who has to leave every day to drive at 5:30, to be able to confront the vicissitudes of life.

And that's it The 71-year-old man is accompanied every day by his wife, 65-year-old Fresia Farías, who has been suffering from Alzheimer's disease for four years., and in the absence of resources to hire someone to take care of her, she has to take her as a passenger.

The driver told El Dia's situation, where he told about the odyssey he should have every day. "I took care of myself, but the situation became very heavy (…) there are times when I feel like I've been eliminated," he expressed.

"Be cold or hot, or any weather, I have to pick it up. It makes me sad to do it, because I see it sleeping and I do not want it. I put my clothes on, brushed my teeth, had to take her to the bathroom and clean it when she needed it because she was not alone to do things, "he explained, adding that he had to spend 12 hours on the car.

Núñez explained that "I come to this house and do not talk to anyone, I have lost my social life, I do not listen to music, I do not watch TV, I dedicate myself and try to sleep, to rest at least half an hour He is in his bed. This is our day. "

"I fell on the bus, sometimes goes to bed or is cold, wants to go to the bathroom and has to do it in a jar," he added.

However, the case of Núñez and his wife had a positive evolution, as Radio Cooperativa reported this Mrs. Fresia will be sent to the Maria de la Serena House of the Las Rosas Foundation.

Leonardo González, the administrator of the house, said that "the case is extremely complex because the woman has advanced Alzheimer's disease, but she is young." His body was around for some time, but his brain is getting worse.