The perfect diet to save the planet and human health society 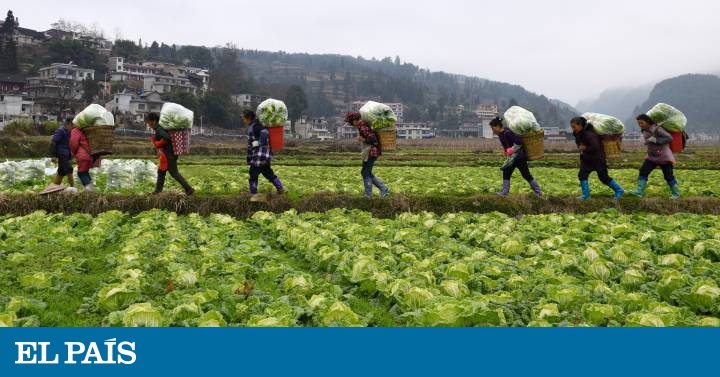 Reducing world consumption of red meat and sugar; doubles the consumption of fruit, vegetables and legumes; that the agricultural and zootechnical sector stops the emission of carbon dioxide and drastically reduces nitrogen and phosphorus pollution; to limit water use and not to increase land use; reducing food losses by 50% … These are some of the recipes needed to maintain "planetary health". Under this term the scientific journal Lancet it includes "the health of human civilization and the state of the natural systems on which it depends".

The planet has a problem: the unsustainable consumer pattern that man began to develop after the Second World War. "A radical transformation of the world's food system is appropriate," warns an international group of 37 experts from 16 countries – grouped in the EAT-Lancet Commission – who for three years worked to develop a healthy food model for humans and planet and whose conclusions are now known.

Nothing less than the need for a "new agricultural revolution," says Johan Rockström, one of the committee's coordinators and a member of the Potsdam Institute for Climate Change Research. "Global food production threatens climate stability and ecosystem resistance," warns EAT-Lancet. And if now – with more than 7,000 million inhabitants on the planet – there is an urgent need for a "radical" transformation of the system, the more pressing will be the projected population growth in the coming decades. The report focuses on 2050, when it is expected that 10,000 million people will live on Earth. The good news is that these experts ensure that all of these people can be fed, but they will have to apply profound changes to the diet and production model if they want to abide by agreements like Paris on climate change. These dietary changes could prevent 11 million premature deaths per year related to food.

Although there is a "food gap" depending on country and geographical area – for example, in Indonesia and West Africa, very small amounts of meat and dairy are consumed, unlike in North America – the expert report finds that the average in the world eating red meat, starchy vegetables – like potatoes – rich in carbohydrates and eggs are too high. The Commission proposes an ideal diet – based on 2,500 kilocalories a day – and suggests that only 30 of them come from meat other than poultry, which would amount, for example, to the consumption of a small burger of meat per week. The overall objective is to double the consumption of fruit, vegetables, vegetables and nuts and to halve red meat and sugar. Currently, and mainly in the West, eating red meat and processed and refined foods is excessive, resulting in higher health risks than those caused by unsafe sex, alcohol, drugs and tobacco, the report details.

"There is a difference between what people eat and what they should eat," says Francisco Botella, a member of the Spanish Society of Endocrinology and Nutrition. Explains that a healthy diet would reduce both the obesity rate and associated pathologies such as diabetes mellitus, high blood pressure or high cholesterol and, on the other hand, a decrease in the risk of cancers such as those of the World Organization (WHO) associated with red and processed meat. "What we need to strengthen? Fish, vegetables, dried vegetables, whole grains, promotes walnut consumption as an alternative, and in practice, reserve meat for special occasions," says the endocrinologist, very favorable to the study approach. However, he warns of the difficulties of changing habits: "It's harder to change diet than religion."

Simultaneously, experts propose changes to reduce the environmental impact of agriculture and animals, such as reducing the growth of land use for food and fertilizer and the elimination of fossil fuels in the sector.

Sonja Vermeulen, one of the experts at the EAT-Lancet Commission and a member of the Hoffmann Center and WWF, is optimistic: "We have seen enormous changes in the world diet in the past, so a change is possible in the future." Here is, for example, the success in Mexico of "reductions in the consumption of sugary soft drinks". This specialist believes that dietary changes may be more "complex" than those to be done in the food production model. "Many farmers are interested in exploring ways to optimize their production, for example by using more fertilizer or irrigation, as it also improves their benefits," says Vermeulen.

"We need the cooperation of all actors, including citizens, governments and businesses," says Francesco Branca, director of WHO's Department of Health Nutrition and Development and member of the EAT-Lancet Commission. And for this, according to Branca, instruments such as "economic incentives or eliminating these incentives, informing consumers …" should be used. Governments, he added, must make "changes in public investment in research and infrastructure and subsidies to farmers." And it approves regulations on the use of land, water and fertilizers, Branca concludes.

Francesco Branca, Director of the World Health Organization's Health Nutrition Department, is optimistic about the past. "We have concrete experiences about the viability of these diets in many parts of the world. In Europe, the diet consumed in the 1960s around the Mediterranean basin was largely similar to what we now describe as a healthy and sustainable diet."

Branca is one of the experts who were part of the EAT-Lancet Commission responsible for the report now published. "We have now increased consumption of red meat, saturated fats and sugar and reduced pulse consumption," said this expert who is confident that this trend can be reversed using, for example, economic incentives. Jesús Román, chairman of the Scientific Committee of the Spanish Society of Dietetics and Food Sciences, in the same sense, emphasizes that the expert's proposal is nothing but a highly appreciated Mediterranean diet. Román warns, however, that even in countries like ours there is a problem of application: "The Mediterranean diet we all know: in Spain, the peak of the fifties to the seventies, people started to have more money and to eat more packaged products. "