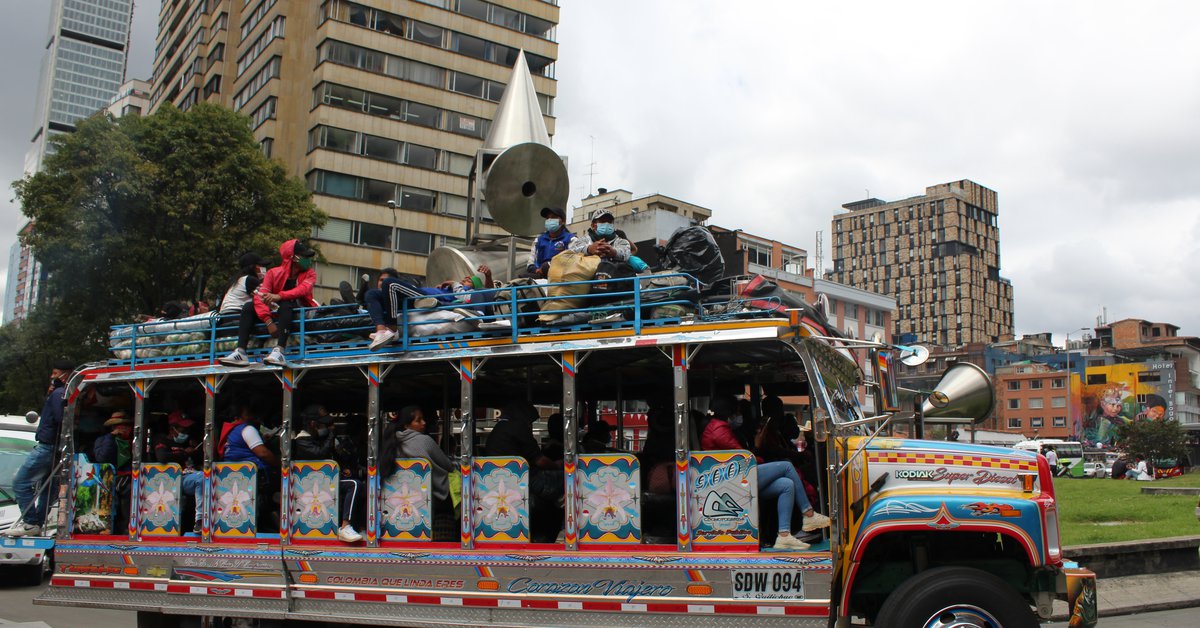 A video was distributed on social networks showing a crowd of people in what appears to be a party organized in the village of Santiago, Guambia reservation, in Silvia, Cauca. The video is broadcast as Colombia goes through the second wave of infections by covid-19. It appears that those involved were members of the Guambía Indigenous Reservation celebrating the possession of their authorities, but judging by the video, they would have no biosecurity measures: no masks, no social distancing, except for a few people.

For his part, the chief adviser of the Indigenous Cauca Regional Council (CRIC), Hermes Pete, told W Radio that the traditional medicine he handles in the reservation worked to counter covid-19 and that for this reason they do not use biosecurity such as masks or social distancing. “They always try to say we are raw or whatever, but these raw Indians have shown the government, with our own medicines, to see how many deaths there are in the indigenous communities in the Cauca,” they told the station.

For her part, Mercedes Tunubalá, the mayor of Silvia, said that 250 positive cases of coronavirus were registered in that population, 10 deaths and 13 active cases at this time. However, he said he is also adapting to the state of coverage to protect citizens.

Communities told W Radio that with this drug, they contained the disease, because in their territories infections and deaths are better. For his part, the government secretary of the Cauca department, Luis Angulo, stated that they will meet with the competent authorities to evaluate these cases.

The municipal health secretariat said the occupancy figures for ICU beds in the department are 65 percent, therefore decrees a yellow alert. This measure was rejected by the Cauca Chamber of Commerce, which said that, in dialogue with the Government Secretariat and the Association of Bars and Restaurants, they propose a sectored quarantine for the most affected municipalities. Ana Fernanda Muñoz, the entity’s executive president, told RCN Radio that entrepreneurs are required to be considered in this type of decision in order to have information in advance and not to lose products.

In turn, the capital of the Cauca, Popayán, decreed that on Friday, Saturday, Sunday and Monday of the holiday the night rule will rule between 19:00 and 05:00 in that city, the capacity of the ICU beds of San José Hospital is 86%.

In Algeria, the Caucasus prevented a military operation

The Colombian National Army has denounced this about 400 Algerian residents in the Caucasus have prevented a military operation which aimed to control this region of the country.

“While the troops of the Rapid Deployment Force no. 4 carried out the territorial control of the area, in response to the early warnings issued by the Ombudsman, in the village of La Hacienda, in the village of El Plateado, Algeria, Cauca, 400 inhabitants of the sector prevented the development of the military operation“This was announced by the army, according to information provided by Semana magazine.

According to the same media, the inhabitants of this area of ​​the country who were involved in the events, “were allegedly exploited”, by members of the Residual Armed Organized Group (GAO-r) Carlos Patiño and GAO of the National Liberation Army (ELN) José María Becerra, in order to encourage the rejection of military operations which takes place in that department of the country.

These are the freezers that will keep Pfizer vaccines in Colombia