Santa Fe 0, Junior 2: Triumph! … There is only one step left 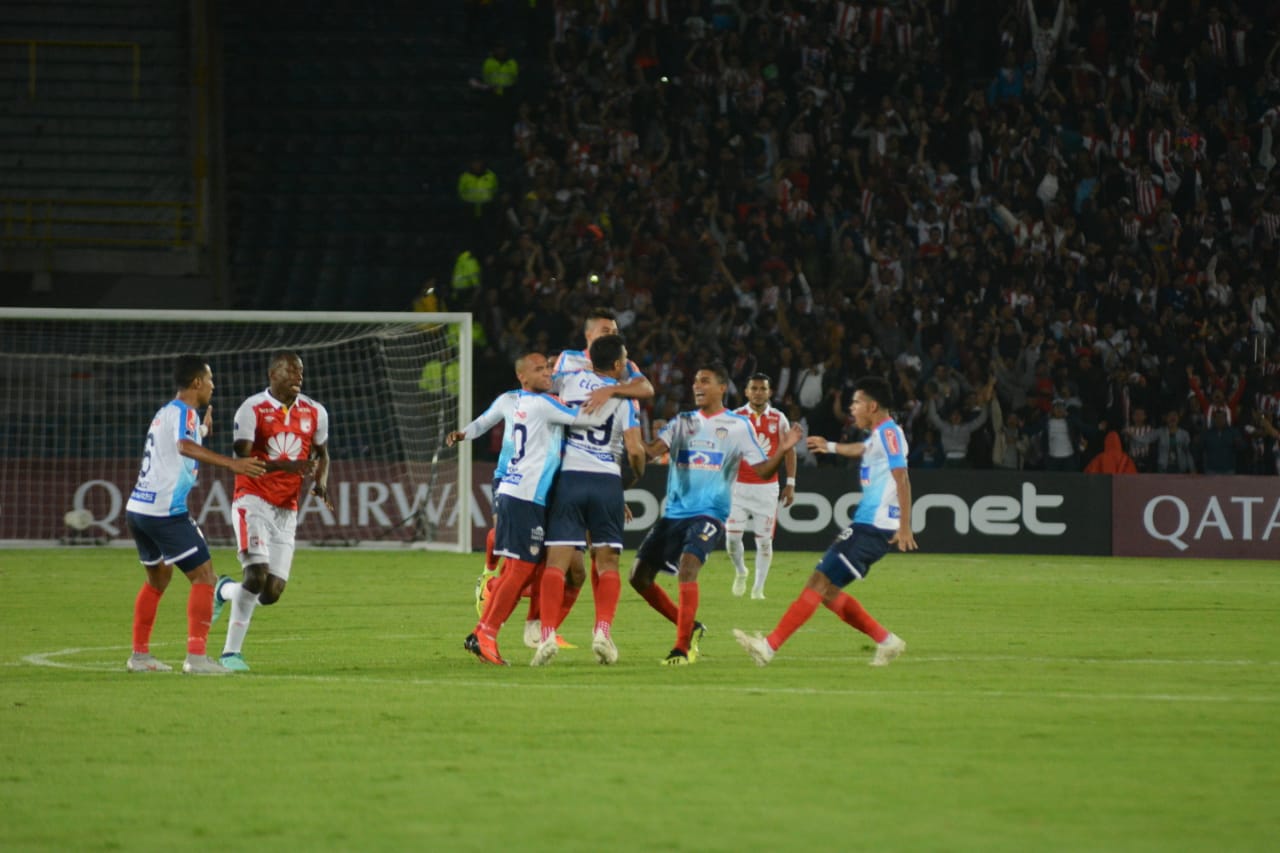 This is how these courts play with intelligence, quiet, cold, mystical, with heart. Better, impossible.

Junior gave last night, in the cold capital, a "blow on the table", the one he had asked not this semester, but many years ago. He will show all his categories in decisive matches, as it was last night in El Campin de Bogotá, in the first round of the Copa Sudamericana semifinals.

"Shark" yesterday was not a triumph (2-0). The last night was to make an important step towards his first continental end … nothing more and nothing less. The step to be ratified now, because the series is not over.

From the outset, the game showed a similar "hit shot" contest. Santa Fe tried to threaten, but Junior was not allowed and responded with the same coin.

Jarlan warned with a shot at the edge of the area and Arley responded with a header almost under the goal, which went to a millimeter level. Guastavino said today with another head shot and Junior, offended, returned favored with the first goal – salon! – nightly.

"Delicatessen" by Luis Narváez – looking to one side and switching to the other – to leave Mark free at Jarlan and the samarium could allow "Teo", which he defined with cold, leaving the goalkeeper Robinson Zapata demoniac.

The line judge tried to damage the "paint", but VAR, as a good observer, gave the goal of the royal blob. Blessed VAR!

1-0 on the board completely destabilized the headquarters, which was amazed by the dressing and went out for the second part.

Junior took advantage of this again to hurt. He took the Lion asleep and with a beating from Marlon Piedrahita, on the side, put 2-0 in the electronics.

In a moment, Santa Fe was the score against and rival, cultivated, strengthened, enlarged.

Those led by Uruguayan Sanguinetti tried to make the score, but his attack was more of a desperate product than a clear idea. The fear of receiving a third, which was lapidary, went beyond reason.

Santa Fe has become a rustic, rocky and aggressive team. Defender Javier Lopez went to his sack with red cards and left his team with 10 and the game ended there because the locals did not have the strength or clarity to find at least the goal of the cut.

Junior has dominated the "Leo" in his natural habitat. Now is the time to liquidate the series.

12. The wall to the edge of the area and shot Jarlan, who twice controls Robinson Zapata.
The first approach to "shark".

13. Center on the side of the area and Arley Rodriguez's header, which passes almost vertically. Junior is saved!

32. Let's hope no one gets hurt, unlike the last time he whistled a match. 32` It was not a good day at all for Guastavino.

40. Goool Junior! Narvaris takes a master pass at Jarlan, 10 samario leaves his hand in the hand of Teo, who eludes the goalkeeper and pushes the ball behind the plateau. The line cancels the action, but VAR gives the purpose.

3. Goool Junior! Luis Diaz qualifies Marlon Piedrahita, so the rojiblanco side has a "rocket" from part of the area and enters an impossible angle for Robinson Zapata. The goal of the shark!

It was a dipping freekickby Facundo Guichón but it didnt quite do enough and hit the bar after beating Sebastián Viera and his despairing dive. Junior is saved!

27. Coming in from the left wing, that cross by Jorge Aguirre in the penalty area he connects to the "keeper" and goes only to a keeper for Sebastián Viera. Lion's approach.

34. Junior is saved! Viera, with his foot, dismissed a small shot of Santa Fe.

45. Sebastián Hernández failed! The steering wheel ended and the ball crashed against Robinson Zapata's feet. Rebound took Yony González by surprise,
which he managed to finish.