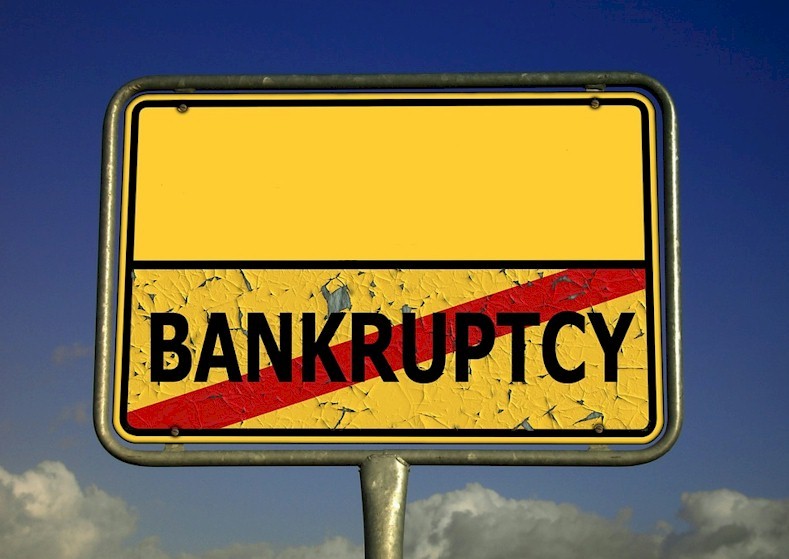 
"The number of business bankruptcies
the company was slightly above average in October this year
the total number of bankruptcies announced remains significantly lower than a year ago, " says Věra Kameníčková, CRIF analyst – Czech Credit
The office.

In the last 12 months, the number of bankruptcies
decreased in all sectors, except in the transport sector,
storage and operation of transport offices and other services where it has not taken place
without any change. The real estate and rental sector experienced the largest decline
machinery and equipment (39%), construction (-26%) and services predominantly for
enterprises (-19%). The number of bankruptcies in the accommodation and catering sector fell the least
(-5%).

In the last 12 months, the number of bankruptcies in the system of operations
rose only in the Plzen Region (+ 28%) and in the Olomouc Region (+ 8%)
%). In all other regions it has also decreased in the Karlovy Vary region
has not changed. The highest decrease was registered by the Vysočina Region (-59%), the Liberec Region (-43%),
%) and Central Bohemia (-40%). Converted to 10,000 companies
most bankruptcies were declared in Pilsen in the last 12 months
the region (18.3 bankruptcy), the Hradec Králové region (18.1 bankruptcies), Ústí nad Labem
the county (17.4 bankruptcy) and the South Bohemian region (17.1 germs). At least then
in the Vysočina region (6.9 bankruptcies), the Central Bohemia region (8.5 bankruptcies) and the
Liberec region (9.2 bankruptcy).

In the last 12 months, the number
the bankruptcy of entrepreneurs' natural persons has fallen into thirteen counties. The biggest fall
registered the Liberec region (-24%), the Hradec Králové Region (-21%), the Olomouc Region
(-20%) and the Vysočina Region (-19%). The smallest decrease was recorded in the Zlín region
(-8%) and the Pilsen region (-9%). In Prague, the number of FOP bankruptcies rose on the contrary
by 10%. As for the number of FOP bankruptcies to 10 thousand registered
entrepreneurs were the worst in the last 12 months in the Ústí region (49.7%)
bankruptcy), the Karlovy Vary Region (42 bankruptcies) and the Libereţ Region (36.5 bankruptcies).
It was best managed by Prague (11 bankruptcies) and the Zlín region (17.4 bankruptcies).

The number of personal bankruptcy claims was highest since June 2017 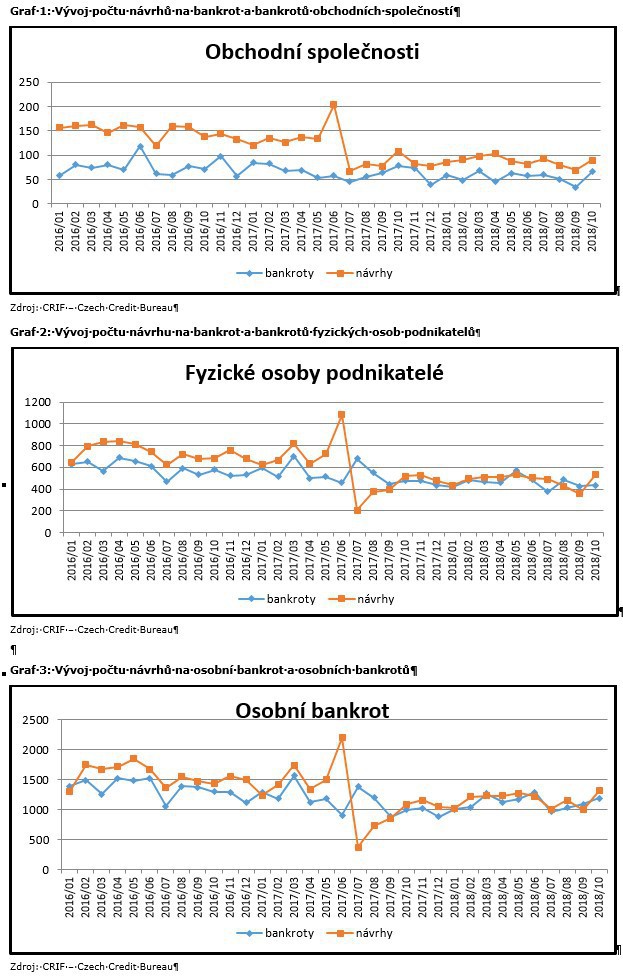