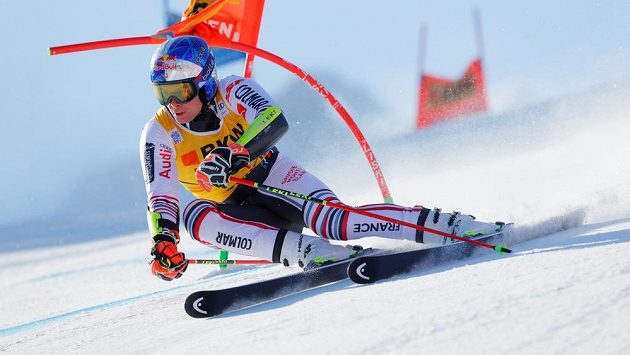 Alexis Pinturault in the first round of the giant slalom in Adelboden.

Pinturault set the fastest time in the first and second rounds and continued his triumphs in the giant parallel slalom in Zürs and the giant slalom in Alta Badia. He defeated the second Filip Zubčič from Croatia by 1.04 seconds, the home representative Marco Odermatt lost the second and eleventh hundredth place.

In the overall standings of the World Cup, Pinturault has 574 points and is 60 points ahead of Alexander Aamodt Kild of Norway, who finished fourth today. In the order of the giant slalom, the national team of France is second after Odermatt, with a loss of ten points.

The only Czech representative, Kryštof Krýzl, did not score at the 20th start jubilee in Adelboden and was the first in three years. He finished 44th in the first round, losing 4.78 seconds to the fastest Pinturault. It was more than a second and a half away from the score of thirty.

The second giant slalom is scheduled for Saturday in Adelboden. A slalom will take place on Sunday, in which a member of the Czech national team Ondřej Berndt should also play.

BIATHLON ONLINE: The Czech national team in a critical situation. There is a sprint in the Oberhof