The parliamentary committee for the privatization of OKD heard Paroubek, talked about relations with Bakala 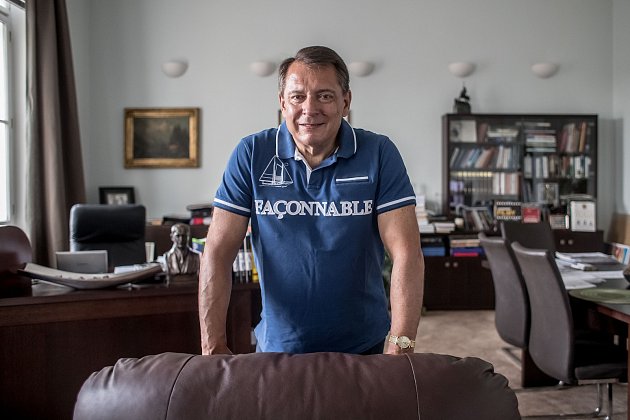 The House of Commons for the Privatization of the Mining Company OKD has today listened to the former Czech Social-Democrat Prime Minister, Jiří Paroubek, who was at the time of the sale of minority shares by the Minister of Regional Development. Paroubek told CTK and the Czech Republic that he spoke especially about the links that were created between the financier Zdeněk Bakala and some top politicians.

According to Paroubek, Bakala had links to ODS, TOP 09 and former public affairs, and former Prime Minister Bohuslav Sobotka (CSSD), who was at the time of selling the minority state package to OKD the Finance Minister. Sobotka, according to him, had connections with Bakal through Radka Pokorny's lawyer. "There were simply links, I did not have the slightest idea at that time," Paroubek said.

Members of the commission also said that the government decided to sell the minority stake to Karbon Invest Viktor Koláček and Petr Otava for CZK 4.1 billion. According to Paroubek, privatization was primarily the former cabinet of Vladimír Špidla (CSSD). Paroubek, he remarked, was only a few weeks at the time of government rule and was questioned about possible wider competition. "At that moment I thought it was right," he said.

For the same year, the majority owner of Karbon Invest became RPG Industries led by Bakala. Paroubek said he perceived as "podbabu" that instead of Koláček and Otava he became an investment banker as a strategic partner. But he also recalled that he met Bakala as prime minister later, and he and the trade unionists were thrown into me. "I saw satisfaction there, so I had no reason to doubt that the minority package was privatized in the right hands, which of course was different, of course," Paroubek said.

Tens of thousands of mining apartments

From the current point of view, he thinks the sale has been carefully prepared for marketing, so the price is as low as possible. He also highlighted the views that were not the most important, but the maintenance of the social environment in the Ostrava region. "Unfortunately, even the trade unionists were forced to push the government to privatize the strategic partner, and then the strategic partner was an investment banker whose natural nature is to sell things in pieces," Paroubek said.

Two years ago, OKD was insolvent. The successor company's shares were subsequently taken over by Prisko State Company. Apartments are not part of OKD. The London-based Round Hill Capital international housing company has emerged for new owners.

The sale of minority interests is also the subject of judicial proceedings. The prosecutor argues that his price was at least 9.8 billion crowns and the sale exceeded 5.7 billion crowns. The court has been unjustly denounced so far by all suspects, ie connoisseurs and former officers of the National Property Fund. The applicant appealed.