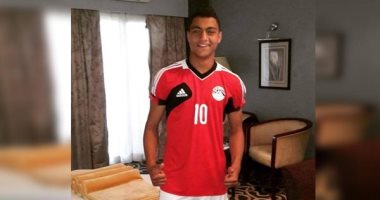 Mustafa Mohamed, the striker of the army and the Olympic team, entered the technical team accounts of the first team led by Javier Aguirre to join the Pharaoh lines in the coming period.

Mustapha Mohamed was in good shape with his club as well as his brilliance with the recent Olympic team and scored two goals in the match against Tunisia in the friendly match that brought the two teams together last Thursday in Alexandria while looking for a peak distinctive lance to strengthen the attack center.

Aguirre had three players from the recent Olympic teams, Salah Mohsen, Mohamed Mahmoud and Taher Mohamed Taher, showed a good level with the first team and played an important role in the victory over Tunisia recently with 3-2 in the qualifications of the African Nations .

The Olympic team will face Tunisia for the second time today at the Peace Stadium.