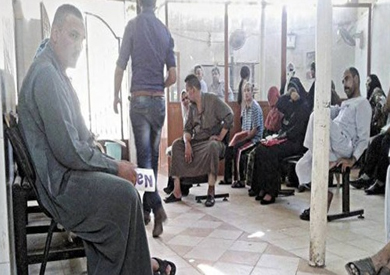 A number of Qalioubia residents complained to the Qalyub hospital fever to collect money for their analysis on the president's initiative to eliminate the C virus, along with the wait for analysis and treatment.

This came in the context of Health Minister Hala Zayed's visit to inspect a number of sanitary units as well as to inspect the Qalyoub fever associated with C virus treatment under the "100 million health" initiative, accompanied by Dr. Alaa Abdel Halim, Governor Qalioubia.

Dr. Hala Zayed, Health and Population Minister, began the Qalioubia governing tour to inspect a number of study points for the President's initiative to eradicate C virus and detect non-communicable diseases under the 100 million health slogan of the health unit to ensure that medical service is best provided to citizens. .

The minister noted that this tour comes as part of a field visit to the first stage government of the initiative, which began on October 1 in 9 governments, which will continue until November 2018 .