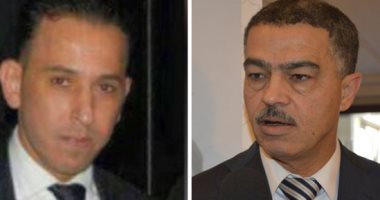 There is a common belief that your fame grows as your wealth grows, but in fact there are many names and personalities who do not recognize this concept, but rather prefer to work in a calm manner and away from the spotlight and refuse to appear in mass. -media, and there are many examples of them investing millions in the Egyptian stock market and holding huge percentages in many companies and not.

Investor Ibrahim Ibrahim Al-Saidi buys various shares in more than 15 companies listed on the Egyptian stock exchange and is a member of the board of directors of several of them, therefore he acquires most of the information about the companies about the main shareholders.

Ibrahim El-Saedy’s property is distributed in several different sectors. In the real estate sector, he holds stakes in Amer Group companies, Zahraa El Maadi for Investments and Development, United Housing and Development companies with 14.876%, 7.993% and 15.57%, respectively, and in the health sector he holds shares in the two companies. pharmaceutical companies in the Nile. And the chemical industries accelerate medical up to 14.876% and 4.607% respectively.

It also holds stakes in a variety of sectors, including 9.34% in Arab Cotton Ginning Company, 4.69% in Mansoura Poultry Company, 9.7% in International Investment and Development Company, 2.38% in Pioneers of Tourism Company, 9.0846% in Egyptian Financial and Industrial Company and 25.099% in Alexandria Spinning and Weaving Company – Spinalex.

The name of businessman Abdel Latif Mahjoub has appeared on the Egyptian stock exchange in recent months, after making several transactions for the purchase of various shares in listed real estate and tourism companies, to compete with “El Saidi” in disclosing the transactions of large shareholders.

Abdul Latif Mahjoub and his brothers in the tourism sector hold 7.8805% shares in Golden Coast Sokhna Tourism Investment Company, 1.4992% in Pioneers Tourism Company, and in the real estate sector it acquired 26.7805% in Egypt Real Estate Group and owns, of also a share higher than 18 in Dice Readymade Garments Company and 4% in Gaz Company Egypt.

And Abdel-Latif Mahjoub, president of Target Real Estate Investment Company, previously confirmed that his company is trying to diversify its investment portfolio in the Egyptian capital market, by acquiring controlling shares in several listed companies, after reaching levels attractive prices and, at the same time, has assets and expansion plans that help increase profitability. Among them, he stressed that he will cooperate in the next period with the boards of directors of the companies in which he acquired shares to discuss the expansion of the implementation of development projects that achieve a return for shareholders, to become a strategic shareholder in companies and will not he left soon.

Abdel Latif Mahjoub is the Chairman of the Board of Target Real Estate Investment Company, which was established in 2013 to participate primarily in the provision of construction and contracting services in Egypt, and its activities include real estate investments and Target works in development and construction. various real estate areas, including administrative offices, shops and residential units. 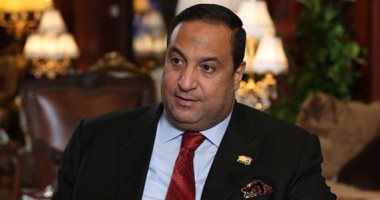 Businessman Khaled Abdullah owns the Experience House Group, which includes companies operating in a variety of sectors including trade, industry, real estate and agricultural investment and is known in the business community for his company, House of Experience for Financial Leasing, which offers financing for major projects in Egypt and acquires an advanced share in the financial leasing sector. .

About a year ago, Abdullah took advantage of the dramatic drop in share prices as a result of the Corona pandemic and the owners’ desire to go out and buy shares for companies operating in the tourism, hotels and financial services sectors, over which a share of more than 20% in Al-Mohandes Insurance Company and 16,430% in Misr Company. For hotels, 10.16% in the Ismailia National Company for Food Industries, 6% in the Egyptian Real Estate Company and 3.96% in the Sharm Dreams Company for Tourism Investments. 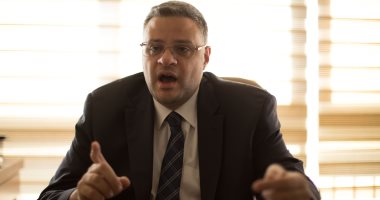 Businessman Mahmoud Lashin is known as one of the most prominent investors in the healthcare sector and has founded a number of major companies operating in this sector, the latest of which is Speed ​​Medical, which has succeeded in less than a year. on the move of the Nile Stock Exchange to the main market, after a strong increase in stocks following the Coronavirus pandemic.