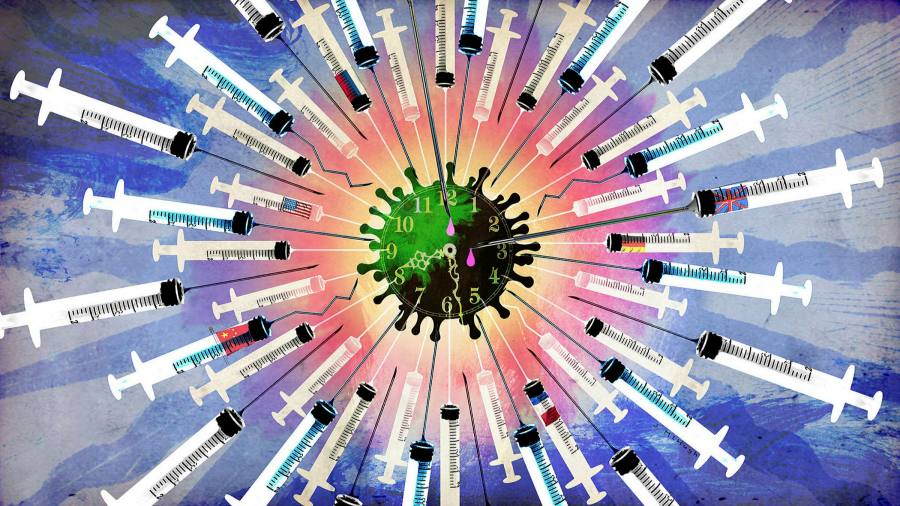 The writer, a former head of the Downing Street political unit, is a senior Harvard colleague

The world is in a race for vaccination. But it will need clever maneuvering to complete this gigantic logistical task and free us all from the Covid-19 purgatory. At the moment, Israel is the leader in the number of people who are inoculated per day. The US and China are ahead of the total number of vaccinated. But there is a long way to go to reach the light at the end of the tunnel.

In the UK, Prime Minister Boris Johnson wants all over-70s, front-line workers and the clinically vulnerable to be vaccinated by mid-February. The UK received an advance, being the first major country to launch the Oxford / AstraZeneca and BioNTech / Pfizer vaccines. But providing about 13 million photos in six weeks is still a tough call.

In an attempt to move fast, Britain must overcome the inertia, over-centralization, secrecy and lack of association in the system that defeated the first stage of the pandemic and left the country with some of the highest mortality rates in the world. So far, the signs are not entirely encouraging. While Israel violates the Sabbath strictures to vaccinate seven days a week, Public Health England still plans to deliver vaccines only six days a week, even if supplies run out. Moreover, attempts to enlist retired doctors and nurses to strike have hit the bureaucracy.

The Royal College of General Practitioners has tried to persuade the NHS to drop the requirements for these volunteers to provide 20 different pieces of evidence, including diversity training and radicalization prevention. What we really need, as a family doctor told me, is “people who know where the arm is, hit it, get consent, and, if necessary, resuscitate.” Most volunteers are already known to local clinics. But the faceless national bureaucracy gets too complicated.

UK Health Secretary Matt Hancock has vowed to cut red tape. But the problem should never have reached his office. Our public institutions do not continue to be agile in responding to this crisis. Civil servants do not understand the delivery, ministers have insufficient control over armed corpses, and the NHS is trying to avoid the noise of the central government. Everyone is rushing; there is too much sound and anger; the chance of imposing a single clear process is lost.

By appointing a vaccine minister, Nadhim Zahawi, Mr Johnson aims to galvanize the system. We must hope that Mr. Zahawi is as effective in this position as David Lloyd George was Minister of Ammunition in 1915. He will also work with the military, whose vaccine commander called for a system of “identification, analysis, enforcement.” ”- which means it does not unleash a torrent of obscure“ guidance ”on the first line.

We have successfully vaccinated people for years: babies against measles, schoolchildren against tuberculosis and adults against the flu. But the speed required for the administration of anti-Covid vaccines means emulating the innovation that led to their development. In Israel, young people are offered jabs every night to ensure that no bottle of Pfizer vaccine is lost – on the same principle that airlines use to fill seats. If a dose can do the second thing, so much the better.

In the first wave of the virus, too many organizations failed to share information. Members of the government’s scientific advisory group on emergencies, known as Sage, have published reports behind closed doors. Private laboratories were overlooked. Now, Mr Zahawi needs to focus on maintaining the time, capacity and morale of front-line staff on whom the vaccination strategy depends. He must listen to their challenges and respond quickly.

Fear of jab could derail the plan, as some groups that appear to be most hostile to vaccination are most vulnerable to Covid-19. A UK survey found that people from ethnic minority backgrounds and lower-income groups were less likely to accept the vaccine, even though blacks are almost twice as likely to die from Covid-19 than white people and Bangladeshi and Pakistani men. they are about one and a half times more likely.

Some health workers are also skeptical. In Germany last month, half of nurses in a survey said they did not want the vaccine. This was a shock, given the number of hospital staff who are getting sick. The fact that vaccinations are compulsory would frighten fears that arrogant health authorities are playing fast and safe with public safety. But sophisticated messaging can encourage people to participate. In the US, social psychologists are debating how to overcome fear and increase the absorption of the vaccine: my favorite idea is that fleets of ice cream vans playing attractive jingles should offer free jabs while we swallow.

The offer is the problem that haunts many nations. Britain has moved quickly to approve vaccines, including Moderna, on Friday, and the Oxford jab is home. But our lack of production capacity makes us vulnerable. When India banned its Serum Institute from exporting the Oxford / AstraZeneca vaccine, our dependence on imports suddenly seemed a risk to national security. With a planned Vaccine Manufacturing and Innovation Center not to be opened by the end of this year, the British government and industry may have to work together to rebuild factories.

The stakes are high for countries that have failed to reduce the virus. Johnson has pledged to review his latest blockade measures if his mid-February target is met. The best chance to achieve this will be to focus with clear eyes on simple and open processes and on protecting the front against bureaucracy. Scientists were the first heroes in this story. Now it’s the vaccinators’ turn.