Ethiopia chooses a dissident to run the voting list, while the prime minister is pushing for reforms 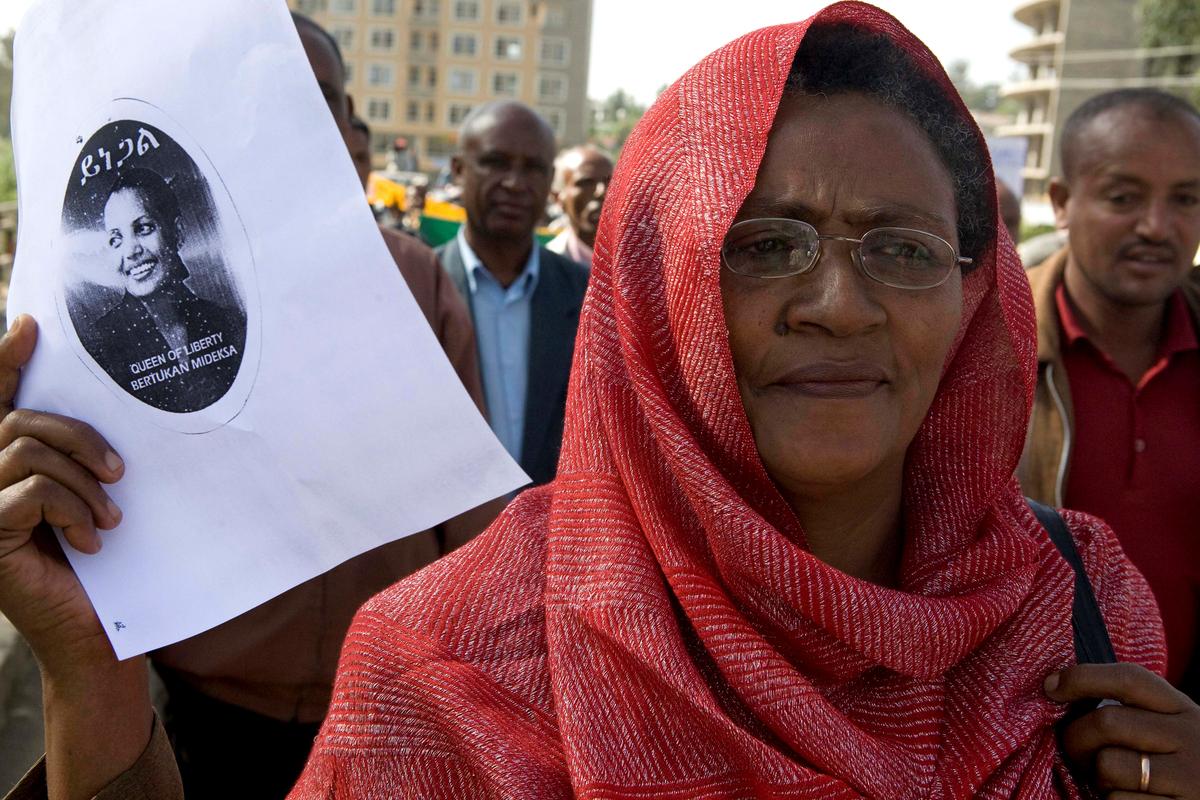 Ethiopia chose a former exiled dissident to run the election commission on Thursday – part of a staggering agitation by the new prime minister who brought the rebels back to the political mainstream and limited the institution.

FOTO: A supporter of the Democracy and Justice Unit of Ethiopia (UDJ) holds a portrait of Birtukan Mideksa during a demonstration in the capital Addis Ababa, April 16, 2009. REUTERS / Irada Humbatova / Photo file

The work went to Birtukan Mideksa just a few weeks after returning from the United States under an amnesty announced by Prime Minister Abiy Ahmed and 13 years after being arrested after violence after the disputed elections in 2005.

Birtukan, once one of Ethiopia's highest prisoners, will now make efforts to hold the next vote for 2020 – the most recent top position for a woman after SahleWork Zewde was appointed president and Abiy chose women to fill half of the office cabinets month.

"We call it the knowledge of the constitution and the law of the nation," Abiy told parliament.

"She could have her own opinions and words like anybody, but we think he will act in accordance with the constitution," he said after several MPs voiced concern about her impartiality, given her role in opposition politics .

Birtukan, who founded the UDJ opposition party, promised to make the work of the electoral council "transparent and trustworthy". "What the Ethiopians have suffered has prepared us to ask the right questions, including through the polls," she told the news agency Fana affiliated to the state.

The former judge was convicted because he tried to overthrow the state after the crowds went out on the streets accusing the government of defrauding the 2005 vote. Security forces opened fire, killing dozens of protesters.

She was pardoned in 2007 after Amnesty International, other rights groups and some Western powers have called for her release. But the forgiveness was revoked, and the death penalty resumed a year later, until another forgiveness in 2010.

Abiy came to power in April and quickly transformed national and regional policies on his head, making peace with neighboring Eritrea and reining into strong security services.

It allowed members of the opposition and out-of-law separatist groups to come back and promised to promote multi-party democracy – all seats in parliament are held by EPRDF's coalition.

After Parliament has overwhelmingly endorsed the nomination, Birtukan was entrusted by Meaza Ashenafi, a women's rights activist who was named President of the Supreme Court three weeks ago.

"(Birtukan is) that oversees not only the elections but also the transition, from an authoritarian state to a democratic state, a transition to a responsible government," said Addis Ababa political analyst Hallelujah Lulie.