Ethiopia triggered a antigraft as hunting for ethnic wizards 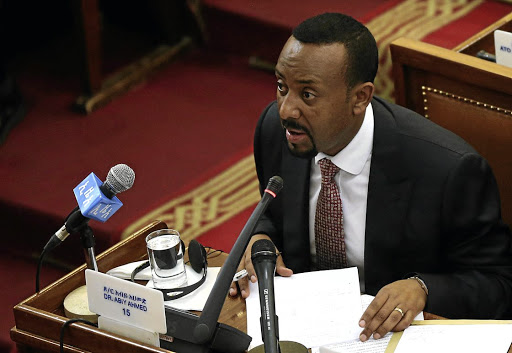 – A high-ranking official of an influential ruling coalition in Ethiopia has accused Prime Minister Abiy Ahmed of having an ethnic profile in an anticorruption rating that has been arrested.

Gebremichael, chairman of the Popular Tiger Liberation Front (TPLF), said the arrests of over 60 military and intelligence officers in recent weeks have been an attack on ethnic tigers, a group that has long held disproportionate powers in government and in security services.

"Arrests targeting people accused of corruption and human rights are shedding from the course and used to bring knees to their knees," Gebremichael said.

"We do not compromise the rule of law, we all have to be responsible for our actions, but mass arrests should not be used as a cover for political ends," he warned.

The TPLF was a founding member of the Popular Revolutionary Democratic Front of Ethiopia (EPRDF), where tigers have traditionally been rooted in power, despite being only about 6% of the population.

But the appointment of Abiy, an Oromo, in April, and the implementation of his reforms, weakened the Tigris' grip on the government, stirring resentment in some areas.

Gebremichael claimed to have discussed "a hand of a foreign country" in arrests without naming the state he was referring to.

Among those arrested so far, there is a former deputy head of espionage and the former head of Metals and Engineering Corporation (Metec) owned by the army.

Ethiopian General Prosecutor said last week that anonymous members of security agencies were involved in a grenade attack that killed two people at a rally in which Abiy attended in June.