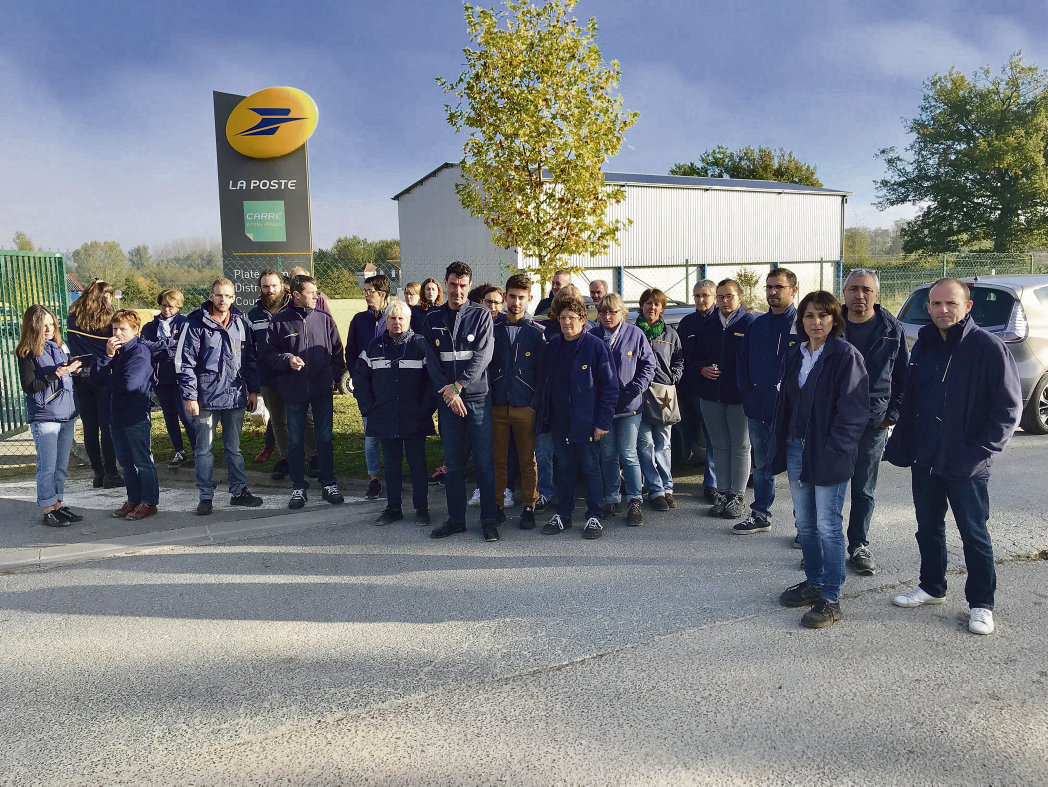 In the heart of the Périgord Noir region, social dislike has pushed bicycle makers. For twelve days, a hundred postal workers from Sarlat and Siorac (Dordogne) exercised their right to withdraw for grave and imminent danger. If yesterday they all took the post boxes, the two leaders involved in their brutal management will not return. A sine qua non for colleagues and friends of Paula, traumatized by his suicide on October 24. In sick leave for a broken leg, the post office would have sunk as a result of uninterrupted calls from her hierarchy. Murielle, his colleague, received that morning a message. She could not take her anymore. The leadership has told him "you have to go back", "you will lose your place." Paula wrote to us by SMS that her career was destroyed. She apologized for tournaments that were slightly calibrated. She felt more responsible for the new reorganization that is not doing well. "

The story of working conditions looks like a bad social thriller

A quality coach, who oversaw ten people, was repeatedly asked by this agent during his trial of implementing the latest restructuring. "The postwoman was a tweezer in this device, she had to prepare teams, cabinets and also why they put pressure on it," says Lydie Salesse, department secretary of the SUD PTT. Hosted by his parents, Paula had to go through a third medical checkup at the request of his employer. The letter carrier had returned home for several hours, pointing out that he had lost a check in the past. There he committed suicide. His son has already filed a complaint of moral harassment. A CHSCT investigation is ongoing.

Surprisingly, on the day of the tragedy, an agent on the Siorac site, syndicated SUD, was the victim of an altercation with the same two executives. "They wanted to call him for an interview, C. refused, they came to take him in the car and put him down," says Lydie Salesse. Two days of temporary interruption of work and stopping work followed. Two complaints were filed, one by the postman, the other by the officers. The story of working conditions in Sarlat and Siorac looks like a bad social thriller. Coaching was well known for his humiliating protests and other anxiogenic remarks. "The senior manager has always said that the agents" here is my home, "says Lydie Salesse." He behaved like a master, ate anger for a negative answer. "The centers became an area of ​​unrighteousness on the day after the tragedy. production said it was worse than a suicide … "There seems to be a rule of silence in the two distribution platforms:" The director has made hysteria, it was not possible to talk to him, "murmured Murielle. "One factor called us anonymously to denounce the pressures, this is the first time that happened," says Caroline Dusseau, FAPT-CGT Dordogne.

At the borders of Causses du Quercy, reorganization carried out free of charge in Sarlat on 15 October reduced the workforce. And added suffering. A total tour renewal was passed to the forces by the management. "Factors have been found for some 140 km travelers. The meridian break has been put into practice, but the postmen end their day at 5:00 pm … The officials then told them they did not know how to organize themselves. This is another way for La Poste to regain its productivity. "

Monday evening, agents in the right of withdrawal could count on the massive support of the other Dordogne factors during the meeting in front of the sub-prefecture, bringing together more than 400 people. Even the department's socialist chairman, Germinal Peiro, publicly expressed his support. After a first wave of suicide at La Poste in 2012, the reorganization vaporizer continues at an angry pace. Violent management is underlined on a regular basis. In Rhône-Alpes, other cases of provocation of directions by the SUD PTT have been reported. As Eddy Talbot from the trade union federation says: "We are dealing with combat cadres. Some feel free because managers are never punished." Given the number of job cuts, when they align After the right to withdraw from Dordogne, one of the longest recordings recorded at La Poste, the two directors pointed out with the finger "they expressed the desire" not to rebuild the field and the third is held far away from internal investigation. "Their departure is a victory, says Gisèle Bourcier, department secretary of the CGT Local Union. This is an aggressive and violent management found elsewhere in La Poste. An "organizer" should also respect the way tournaments take place. "Contacted, La Poste's national management believes:" Our internal indicators did not present any special difficulties in Sarlat. The two ongoing surveys will allow everyone to express their views on the working conditions of this institution. Everyone will be heard. If measures have to be taken, it will be. "