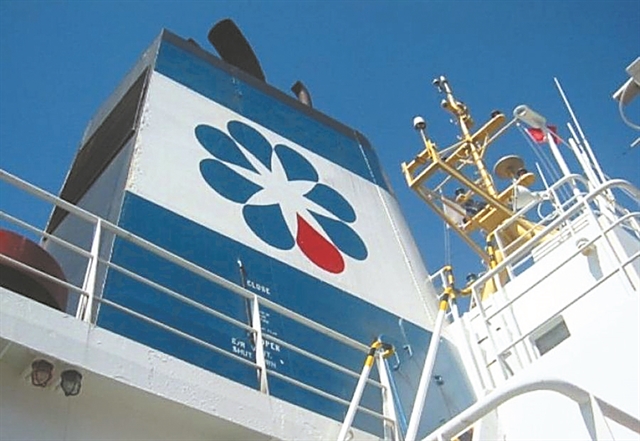 Spending $ 300 million reveals the audit of the Maritime Petroleum Network in the Aegean Sea conducted for 2015-2016-2017 by the Audit Committee appointed by the company's new management. The report describes in detail the illegal practices followed by the previous administration, Dimitris Melissanidis with exaggerated works and virtual versions on their own invoice.

A feeling is caused by the auditors' report that employees and senior members of the administration have suffered psychological and physical violence (!) To participate in fraud. An equally impressive element of this discovery is the obstacles raised by the Hellenic Data Protection Authority in the control of the Aegean offices in Piraeus.

The company, with an official announcement on the New York Stock Exchange, recognizes that it is difficult to recover the damage. However, he points out that he will demand high-level damages from the authors of the abusive behavior. The company also estimates that the revised balance sheets for the periods in question will reveal significantly lower incomes and profits.

The Aegean Marine Petroleum Network was set up by Dimitris Melissanidis for the supply of marine fuels and was introduced in 2006 at the New York Stock Exchange. Dimitris Melissanidis withdrew from the company by selling the stake (15%) in 2016 in … the same company instead of 100 million dollars. After 2016, he remained a consultant, but resigned when the managers of three American funds, who cumulatively controlled 13% of Aegean, entered the administration and began the checks, because the defective management signs were obvious. In June, the stock dropped after the preliminary investigation showed that 200 million company applications did not have "economic status". Liquidity problems were intense, and Swiss Mercuria, which bought nearly one-third of Aegean shares in exchange for a $ 1 billion loan to the company, and 30 million in cash to continue operating, needed assistance.

How the trick was installed

The company's official announcement to New York stocksellers indicates that the research is now practically complete and, based on the findings made so far, the Audit Committee and the Board of Directors have concluded:

•The Audit Committee believes that up to $ 300 million in the company, cash and other assets were misappropriated. The Audit Committee believes that the main beneficiary of the misappropriation of funds is Oil Tank, a company based in Fujairah (UAE), and established on March 15, 2010 in the Marshall Islands. On March 31, 2010, Oil Tank entered into a contract with the Aegean branch to oversee the construction of the Futera terminal.

The Audit Committee believes that this contract was used to abuse company funds through swollen contracts and fraudulent prices. The Audit Committee has reason to believe that Oil Tank is controlled by a former Aegean subsidiary (the former Branch).

These transactions were not financial, as the other counterparties were shell-less companies or real activities and were owned or controlled by former employees or subsidiaries in the Aegean. The Audit Committee considers that complaints have been improperly recorded in a scheme to facilitate and hide a broad embezzlement of Aegean assets that are diverted to the Oil Tank but are treated as transactions with these shell companies. The Audit Committee also confirmed that the amount of approximately USD 200 million is incompatible and will be withdrawn.

•The investigation also revealed additional actions of fraud of Aegean and / or its subsidiaries, including early payment for future oil deliveries that have never been made. These illegal activities seem to have started as early as 2010.

• The embezzlement of Aegean assets, as well as fraudulent accounting records and their documentation with false documents intended to cover them, concerned at least 12 employees of the company, including senior management. Ordinary employees, including the creation of false and fake documents, including banknote bulletins, audit confirmations, contracts, invoices, and third party certificates, have been removed.

The Audit Committee considers that this illegal activity was partly due to the fact that the former Branch exerted considerable pressure on Aegean personnel through various inappropriate means including threats of financial retaliation and physical violence. In addition, the former subsidiary continues to access and control the electronic and printed Aegean records.

Aegean intends to take the necessary steps to seek compensation from the responsible persons and other parties for the damage suffered as a result of their participation in the activities described above, including the remedies provided by law, and will seek confiscation of the assets on the basis of the possibilities offered by law.

In connection with the investigation, Aegean's efforts to gain access to email and other digital data stored on its server have been blocked and are still hampered by threats to retaliation personnel and at least one attempt at definitive deletion of documents on the company's server. This effort was paid by a person with access to the system by installing a data erase software.

On June 22, 2018, following a complaint from the former subsidiary and affiliated parties, the Greek Data Protection Authority issued a temporary ban on the investigation that banned auditors from accessing emails and other files collected by the server at the Aegean Agencies in Piraeus, the audit committee.

Aegean requests cancellation of the Data Protection Authority order.
It is recalled that Aegean voluntarily presented the conclusions of the preliminary investigation to the Cyprus Securities and Exchange Commission and the US Department of Justice, which is also investigating the scandal.

Based on the above, the Audit Committee has come to the conclusion that Aegean's financial statements for the financial years in question and press releases describing the company's financial results should not be considered as reliable.

The company plans to redefine the "entangled" financial statements and plans to work with Pricewaterhouse Coopers SA auditors for 2016 and 2017 and Deloitte Certified Public Accountants SA for 2015 to determine the net effect of inaccurate accounting and asset theft. In addition, Aegean is not expected to file its six-month financial statements for the period ended June 30, 2018, until the balance sheet review process is completed.

In his announcement, Aegean shows that it will restore internal control systems, relocate its headquarters, replace the top administration, and remove those involved in fraud.

New developments are expected to show rapid developments, according to New York News, while Washington Ambassador Jeffrey Paat is the key to the US embassy and ambassador. But also the competent audit authorities who came to Greece for this purpose.